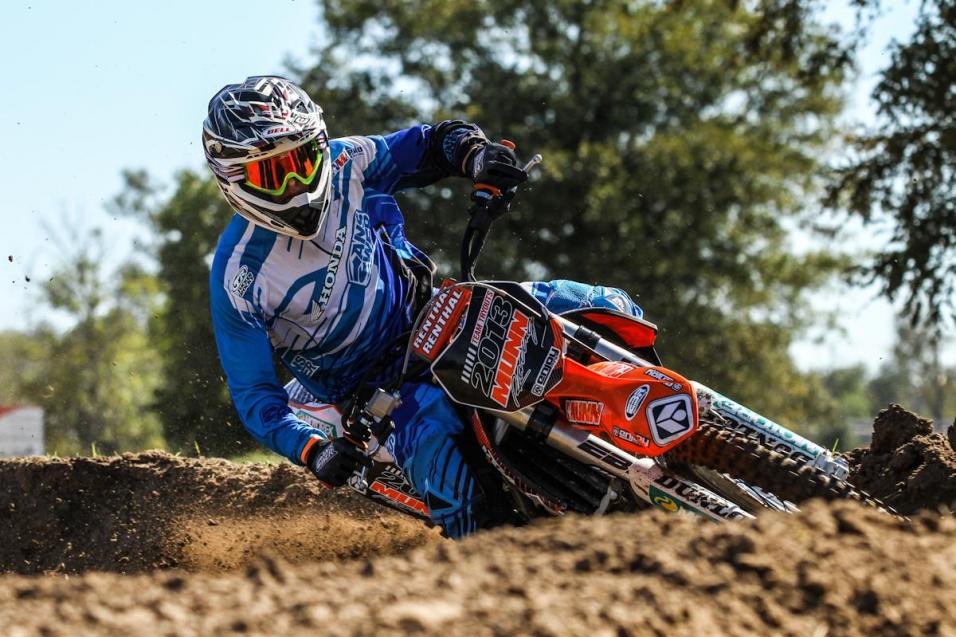 Few people had heard of Zack Williams before this year. He’d been a middle-of-the-pack racer every year at Loretta’s since his 50 days. Then, about four years ago, he realized that he wanted to race professionally. Since then, he’s worked at getting better. This year, he traveled to California to prepare for Loretta’s. When he traveled to Hurricane Mills, Tenn., in late July, he knew it was his time. Though he didn’t manage to grab a moto win, Williams took the 450 A title by finishing a consistent 4-2-2. Now, he’s made it to the pros with the Munn Racing/KTM team and is looking to make a big-time impact in the 250s.

Racer X: Loretta’s went pretty well for you this year.
Zack Williams: Basically, this summer was my first time ever going out to California and I started training with Brandon Beabout for the first time. Two months with him went really well. I just worked really hard coming into Loretta’s and then I knew that I just had to be consistent at Loretta’s, so I put in three consistent motos. I didn’t get a moto win, which I would have like to get, but I got a lot with the title. It was just as good.

You raced 250 A as well, right? How’d that go?
Yeah, I would’ve liked to get a better result in the 250, but I was having problems with my bike there not running right and having clutch problems. It was just a bad deal for that class, but oh well. At least the other class went alright.

People expect riders to be getting offers for pro rides after they win at Loretta’s. What kind of offers did you get after that?
I just get to keep the sponsors that I do have. They’re going to stick with me, which is good. Basically, I just got product sponsors. But I just got a deal with Munn Racing. That just came about this last week, so I’m looking forward to that. That should be a good deal. They’re going to help me out a lot. 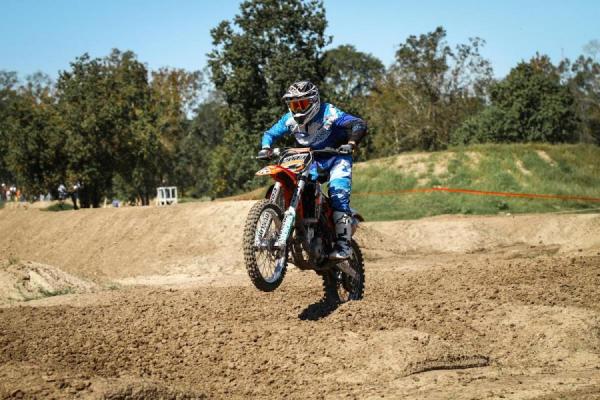 Williams at the Munn KTM tryouts this past weekend.
Megan Harris photo

You participated in the Munn Racing audition ride day, obviously. How was that? How did that work and how did it feel for you?
It actually came about at Elsinore. Chip [Munn, team owner] ended up talking to Brandon Beabout, my trainer, and telling me about the tryout, so I actually came down to Texas a month prior to that and did a couple races that Munn was actually at as well. They were two pro ams, so I did really well there. I ended up winning the A class at the Swan Pro Challenge. I think that those two weekends when Chip was there, he really noticed that I really had the speed. I mean, I talked to him prior to the tryout as well. Then I went down to the tryout and I felt really comfortable on the KTM. That was my first time riding it on the supercross track, as well. I really clicked on that thing. It’ll be good.

What is your deal with them, specifically? What will you be racing next year?
I’m going to be racing the East Coast Lites class.

Does your contract include outdoors as well, or is it just supercross?
I’m not for sure on all of the details yet. As far as I know, it’s East Coast supercross right now.

Even if you weren’t with Munn Racing, would you still consider racing outdoors next year?
Yep. No matter what, I’ll do it on my own if I have to. My dad and some local sponsors that I have are still going to help out. I’m in this for the long haul, so I’m not going to give up any time soon.

Diving into your past a little, no one had really heard of you before this year. Up until you moved up to 250B Mod in 2010, you were placing more towards the bottom of the pack at Loretta’s. What brought you from there to winning a title?
I don’t know. Basically, in the last three years, I’ve always trained. I train just as hard now as I did three years ago. I always wanted to win and I always knew I was capable of it. Just this past year, things started clicking a little bit and, working with Brandon Beabout, he’s really worked with my confidence. I’ve just been putting in the results and the confidence keeps going.

What was your childhood like? Where did you grow up? What was it like?
I actually grew up in a little suburb in Minnesota and never really enjoyed racing that much when I was younger, actually, in the 50cc days. After I moved up to 85’s, I began to love it. I would never get to ride in the winter. I was training in the summer as much as I could and, about four years ago, I decided that this was what I really wanted to be serious about. I started going down south every winter and it’s just been an ongoing thing. 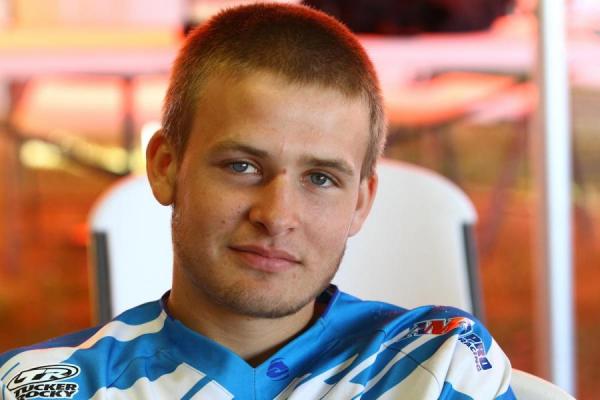 For your title this year, you were battling a lot with Jesse Wentland. He’s a Minnesota guy too. Did you grow up racing him?
Yeah, we’ve raced ever since we were on 50s and 85s. We’ve actually spent a lot of time training together. We push each other a lot. It was pretty cool that we went 1-2 there.

Now, coming up into the pros, what are your goals for next year, specifically, and then further on down the road?

Basically, I just want to make this supercross season a learning experience. I want to get some top tens. I’m never going to settle. I just want to keep building and work my way to the front.

You’re going to be competing against some of the bigger names in the 250s. Does that worry you a little bit?
Not at all. I normally just focus on myself and don’t worry about the other riders. I know that there’s going to be tough competition and I know that I have to be on my A game. That just fuels the fire to keep working harder and harder.