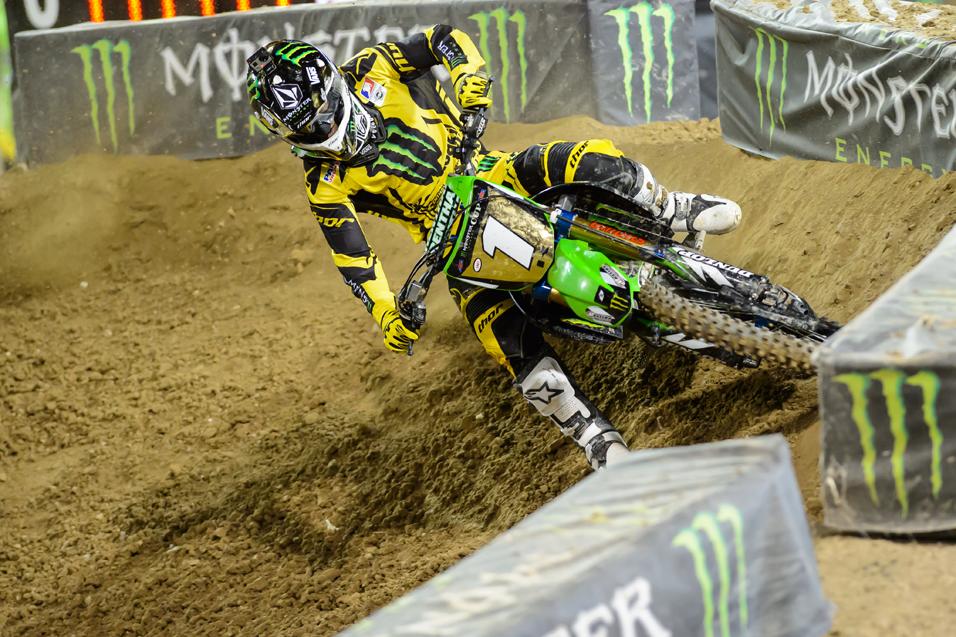 The second-annual Monster Energy Cup from Sam Boyd Stadium in Las Vegas provided plenty of idiosyncrasies—joker lane, split starts—that would only seem fitting in Vegas. The return of Chad Reed and Ryan Villopoto from season-ending (SX and MX) injuries also sparked plenty of hype, as did watching East and West Lites Champs Barcia and Tomac bang bars with the big names. Even the next next guys from the amateur ranks got their shot. Let’s get to the lap charts to see how things broke down.


It didn’t take long for Ryan Villopoto to find his form after missing all of the Lucas Oil Pro Motocross Championships due to a torn ACL. The two-time defending Monster Energy Supercross champion sprinted to an early lead in the first main, one that he would not relinquish, en route to setting the fastest lap of the night with a 1:07.601. RV was using this race to gauge where he stood entering 2013, and if the first main was any indication, he should be just fine come A1.

Villopoto’s Monster Energy Kawasaki teammate Jake Weimer had a terrible night on the results page—12-18-10 for thirteenth overall—largely due to crashes in the first two mains and then stalling his bike in joker lane in the third. Although his night didn’t go according to plan, Weimer showed his speed was right there. He finished inside the top ten in all three mains (lap times) and laid down the fourth fastest lap in the second main.

According to the lap charts, the joker lane increased the riders’ lap times by about five seconds. The strategy of when, and when not to, take the joker lane proved vital. Eli Tomac took it early in the third main and was able to take advantage of Barcia and Dungey using it late to capture the moto win.

Barcia and Tomac showed the future is bright for Honda in the Supercross/450 Class. In his Honda Muscle Milk SX debut, Barcia showed an aggressive style that seemed to shake the cages of a number of riders en route to the overall. Barcia set the second fastest lap of the night with a 1:08.113 in the first main.

After struggling through the first two mains due to a hard crash in practice, Eli Tomac got his game back for the third main. Now everyone is raving about what the future holds for the humble Colorado native. Tomac’s 1:08.338 in the third main marked the fourth fastest lap of the night.

Chad Reed said it best to our own Steve Matthes after the race: “We got thirty laps in and some flashes of brilliance and some not-so-flashes of brilliance.” Reed clearly wasn’t at 100 percent, which should alarm the rest of the field heading into A1 as Reed still managed to finish fourth overall, and laid down the fourth fastest lap in the third main. In Reed's typical fashion, his all-out sprint speed on one particular lap doesn't stand out here, but his overall consistency does. His steady times in the second main pulled him within striking distance of the leaders, and Reed had already taken the joker lane, while they had not. Had Chad not washed his front wheel and fallen down, he might have won the race.

Just how remarkable was Ryan Dungey’s performance in the first two main events as he dealt with shifter problems? Well, Dungey was still able to finish third and second, respectively, and set the fourth and second fastest lap times of those races while stuck in gear!

It is always interesting to see how the next batch of future stars compare to the pros according to lap times. Shane McElrath, Adam Cianciarulo and overall winner Cooper Webb were all able to dip into the 1:10 range, which would have placed them inside the top ten in the third main and just outside the top ten in the second. The future of supercross surly looks as bright as ever. 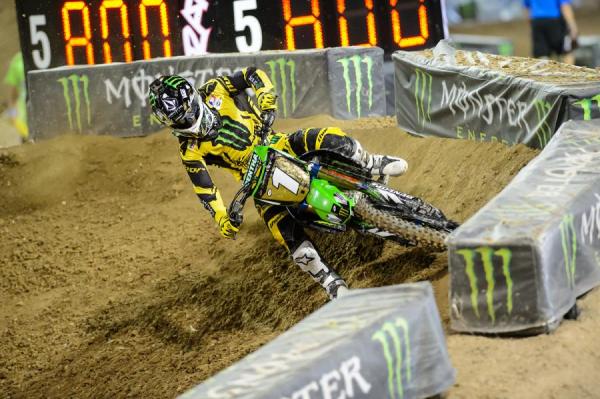 RV set the fastest lap of the night in the first main.
Simon Cudby photo 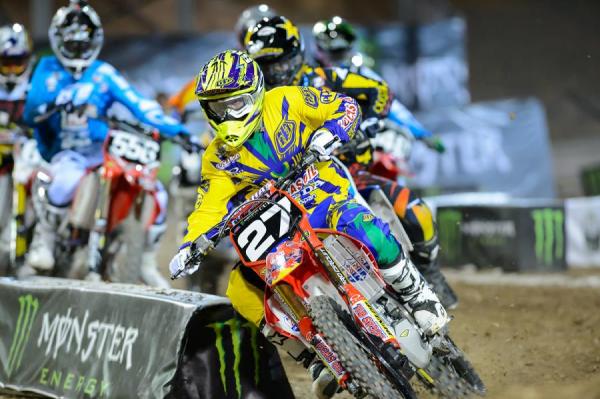 Shane McElrath set the fastest lap of the night for the amateurs.
Simon Cudby photo