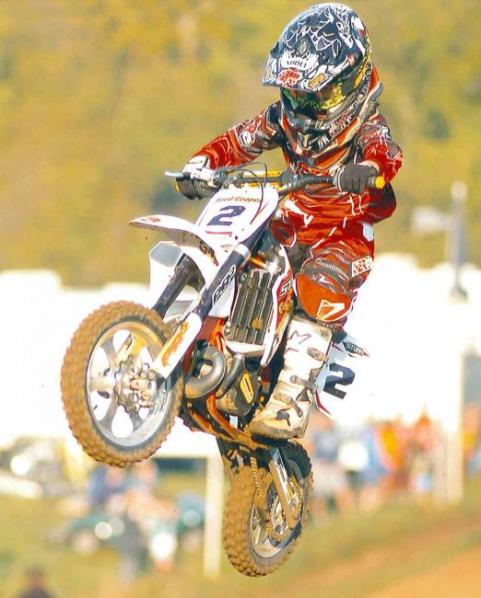 Photo courtesy of the Cooper family

“After Pierce Brown won Cobra’s first-ever 65cc title at Loretta’s this summer, about the only thing left for Cobra to accomplish was a podium sweep at a major MX National – and we got that this past week at Branson,” said an elated Sean Hilbert, President of Cobra Moto. “A big ‘CONGRATS’ from everyone at Cobra headquarters here in Michigan to Jett, Reed and Jayden – along with all the other Cobra champions and podium placers at Branson this past week.”

Other Cobra Moto racers putting up big numbers at Branson include: Minnesota’s James Clough, who swept the 50 Pee Week Stock and Modified thru 6 classes, locking down four consecutive 1st place moto wins; Jett Reynolds, who swept the 50 Pee Wee Modified 7-8 and Super Pee Wee Modified 6-9 classes – and would have won the 50 Pee Wee 7-8 Stock after dominating the first moto, had it not been for second moto mechanical issue; Reed Cooper, who had four 2nd place moto finishes in the 65 class (to go with three 2nd place moto finishes on his Cobra King 50) – not bad considering Cooper’s only a seven-year old!

Cobra, founded in 1993, produces the most successful line of competition mini cycles in the United States with more than 300 national titles in the last decade. Based out of Hillsdale, Mich., Cobra's mission is to build premium products for the serious racer. For more information on Cobra products, please visit our website at www.cobramotorcycle.com and like us on Cobra Nation on Facebook.

High Profile Public Relations (HPPR), LLC, is a multi-faceted communications agency specializing in strategic media relations – both industry and mainstream – for the powersports and action sports communities. Dialed in with all forms of power and action sports, its participants, manufacturers and live event promoters, HPPR’s Pat Schutte can be reached at pat@highprofilepr.com.