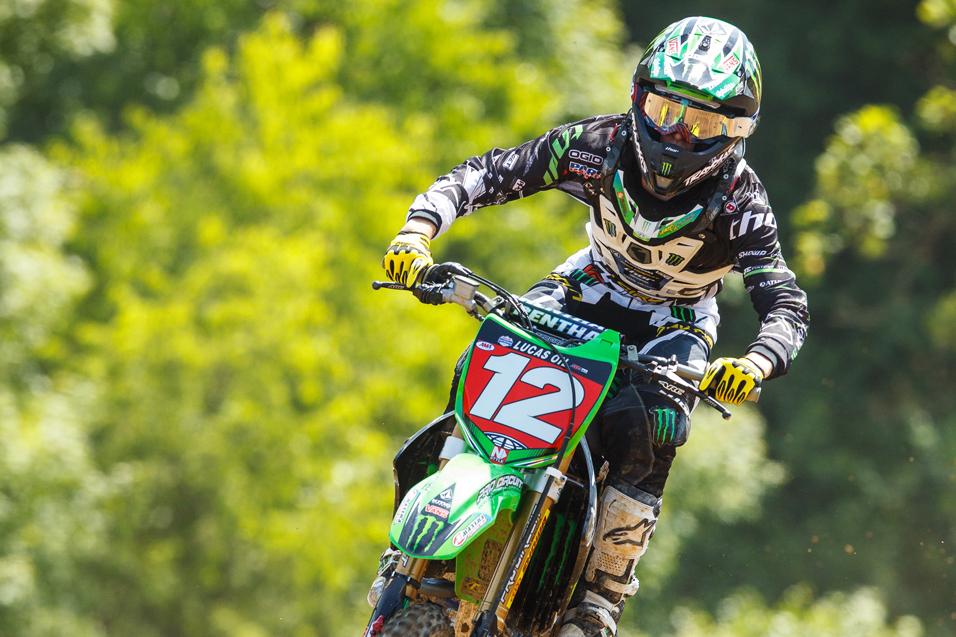 The red plate has been around for four seasons now, and no rider until Baggett, in either the 250 or 450 Classes, has been able to hold it for a full season. This year Bad Blake snatched the plate at Hangtown and never gave it back.

Ryan Dungey has won three number-one plates during the red plate era. In 2009, he won the 250 National Championship but only after surviving a season-long dogfight with Christophe Pourcel, where the plate swapped back and forth several times. Pourcel had it as recently as the next-to-last round at Southwick, when a DNF in moto one cost him the series' lead. The next year was even worse, as CP held the red plate for the entire summer (he tied Eli Tomac on points at Hangtown, and both ran red plates at the second round). But at the finale, he crashed out, and Trey Canard claimed the title despite never holding the points lead until the last race of the year. 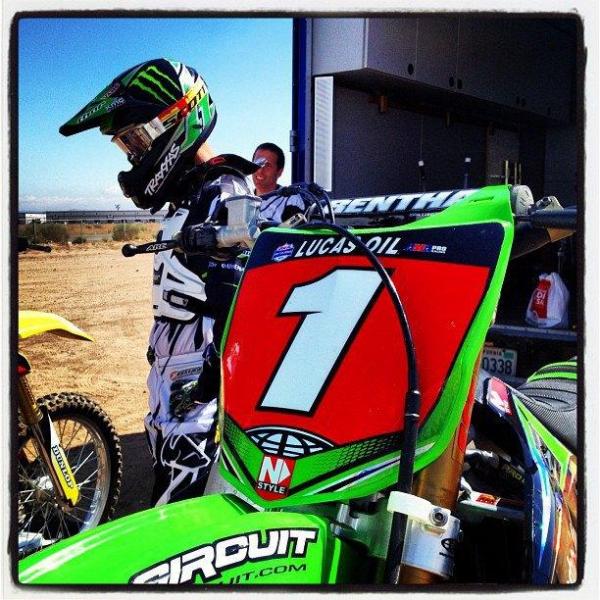 Blake Baggett is the only rider who has ever held the red plate through all 12 rounds.
Simon Cudby photo

Last year, the Monster Energy/Pro Circuit Kawasaki trio of Baggett, Dean Wilson and Tyla Rattray swapped the red plate three times in the first three weeks of the season! Then Wilson held it most of the way via consistency, before turning on a late-season win streak to ice the title.

In 450s, Chad Reed won the 2009 Championship, but Ryan Villopoto and Mike Alessi also spent some time with the red plate before knee injuries ended it. In 2010, Dungey struggled big at the opener at Hangtown, so it took a few weeks of winning for him to run the red (Reed started the year strong on a Kawasaki and held the red plate until a DNF at High Point).

Last year, Dungey, Reed and Villopoto all held the red at varying points (Reed and Dungey both had it at Freestone after going 1-2 and 2-1 at Hangtown. Then Dungey ran out of gas and was never quite able to get it back). This season, James Stewart came out firing with early wins, but Dungey took the red plate in Colorado and never looked back.

Oddly, of all of these title runs, Baggett's 2012 250 conquest may have been the most closely contested—even though it's the only one to feature the same points leader for all 12 races!