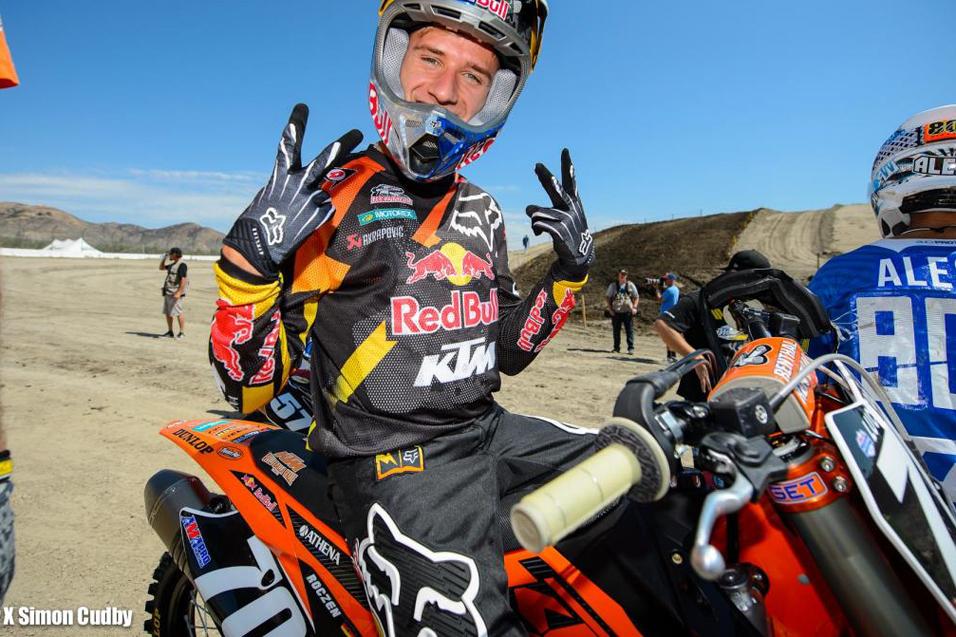 The Inauguration
For the first time ever, Lake Elsinore Motorsports Park will host a round of the Lucas Oil Pro Motocross Championship. Revamped and almost unrecognizable from what it was just a year ago, the facility will have the opportunity this weekend to show off the improvements hard work that went into making it the newest stop on the circuit. Also new will be the National track itself. Word is that Marc Peters, the same track builder responsible for High Point and Steel City, has a few tricks up his sleeve to ensure that the track will be much different than the track that a host of local Southern California pros ride every week.

Setting the Bar
In just his first year on the Red Bull KTM squad, Ryan Dungey has set the bar ridiculously high for any future 450 Class KTM rider to follow in his footsteps. So far he’s racked up nine overall wins, sixteen moto wins and 530 points. And don’t expect him to show any mercy this weekend at The Elsinore National, either. In all likelihood, Dungey will finish the season out with ten wins, eighteen moto wins and 580 points out of a possible 600. That’s an 83.33 win percentage and a 75 moto win percentage. Those are impressive numbers, but the most astounding of all is 96.67, the percentage of possible points he’ll more than likely earn. 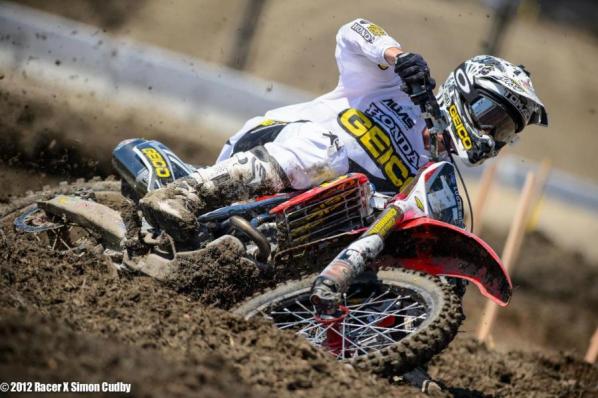 It all comes down to this for Eli Tomac and company.
Simon Cudby photo

The Final Frontier
With the title still up for grabs in the highly unpredictable and adrenaline-generating 250 Class, it’s a safe bet that all eyes will be glued to the action taking place at the front of the pack. With a 14-point lead, Blake Baggett definitely has the upper hand, but as we saw last week, 14 points can evaporate rather quickly. If Eli Tomac and Baggett finish in the exact order that they did last week, they’ll tie in points with Tomac taking the title due to having more wins. You know Tomac will be on the gas, and in order to beat guys like Justin Barcia, Ken Roczen and Marvin Musquin, Blake Baggett is going to have to  ride in similar fashion. No matter how things turn out, we’re in for one heck of a show at Elsinore!

The Short and Weimer Show
First and second place in the 450 Class are wrapped up by Dungey and Mike Alessi, but the battle for third in the series is still wide open between Andrew Short (333 points) and Jake Weimer (327 points). Weimer came into Steel City bruised and sore from a hard crash at Unadilla, and Short is now banged up after coming together with Kyle Chisholm and going down hard in the second moto at Steel City. [On an interesting side note, Short recorded both his best and worst finishes of the year at Steel City.] With just two motos remaining in the season, which rider will earn the final position in the top three?

Last Chance
Not very many people expected the 2011 MX2 World Champion to come into the final round of Lucas Oil Motocross without a single overall win under his belt, but that’s exactly what’s happened. Ken Roczen has found himself agonizingly close to that elusive overall several times this season, and he even won a moto at Unadilla, but somehow the overall victory has evaded capture by the German. Will Roczen come through for his first overall victory in America in his last chance of the season? 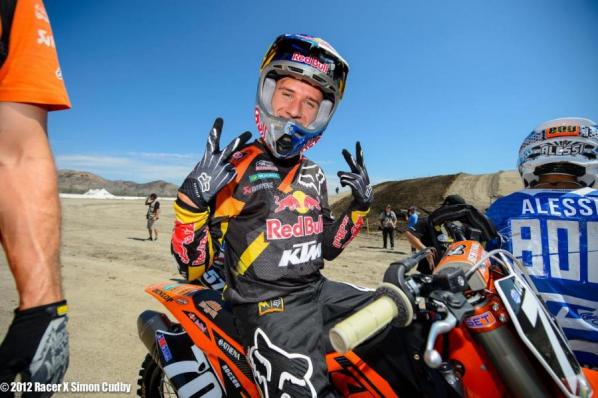 Will Roczen play spolier and capture his first overall of the year.
Simon Cudby photo

Championship Drama
The 250 Class won’t be the only championship on the line at the inaugural Red Bull Lake Elsinore National. The women return from a two-round hiatus with championship drama spilled everywhere. Rockstar Energy Drink Suzuki’s Jessica Patterson, who’s still nursing a hand injury, currently holds a 5-point lead over American Honda’s Ashley Fiolek and 10 points over Lucas Oil Troy Lee Design Honda’s Tarah Gieger. Fiolek has been sizzling hot since returning from a concussion, winning six-straight motos and three consecutive overalls. Gieger could play the spoiler role, but will be hard pressed to claim her first career title against the two rock solid veterans that stand in her way. Will Patterson be able to fight off a hard charging Fiolek for her seventh title, or will Fiolek bring home her fourth championship?

Canada Rising
Mechanical problems and crashes at Southwick and Unadilla (Canada scored a combined 17 points in those two rounds) seemed to have thwarted MotoConcepts’ Jake Canada’s chances of securing his first career top-ten overall. But he persevered through the hard times and took back 11 points on Lucas Oil Troy Lee Designs Honda’s Travis Baker at Steel City. Seven points separate the two with the season finale at Lake Elsinore on the horizon. Will Baker hold serve, or will Canada make a late dash and claim tenth in points?

Peick Returns
After failing to secure a ride for the 2012 Lucas Oil Pro Motocross Championship, Californian Weston Peick missed the first seven rounds of the series (You can read more about Peick’s journey in, The Only Life They Know). He made his season debut at Washougal and promptly threw down a top-ten overall. Peick returns this weekend in front on his hometown crowd and is looking to leave a lasting impression on the industry in he hopes of securing a ride for 2013. Will Peick be able to crack the top-ten code again this weekend? 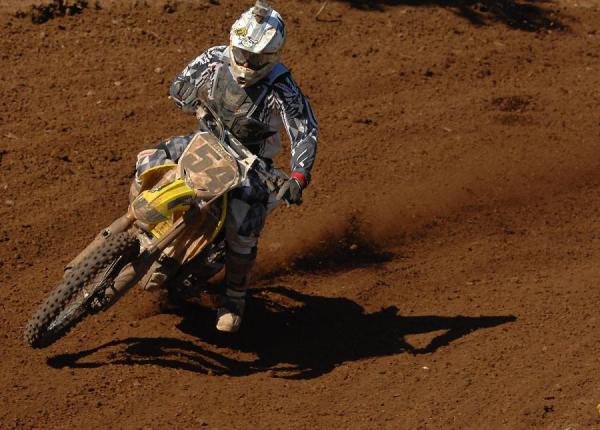 Peaking at the Right Time
After struggling for the first two years of his professional career trying to find a way to harness his unbridled speed, J-Star JDR KTM’s Malcolm Stewart seems to have finally figured something out. Since Millville, Stewart has an average finish of tenth, and has only finished outside the top fifteen once. Riding the wave of a season’s best ride at Steel City into sunny California, Stewart hopes to continue his torrid pace down the stretch at Elsinore.

The Book End
If there was an award for Comeback Rider of the Year, it would be hard to argue against handing the crown to Star-Valli Rockstar Yamaha’s Nico Izzi. Izzi has revitalized his career in 2012 and has a chance to book end it by sneaking into the top ten in points. Currently 14 points back of the injured James Stewart, Izzi, who has averaged just over 13 points since returning at Unadilla from a back injury, barring a major letdown at the season finale, should be able to secure a top-ten overall in just his rookie 450 season.