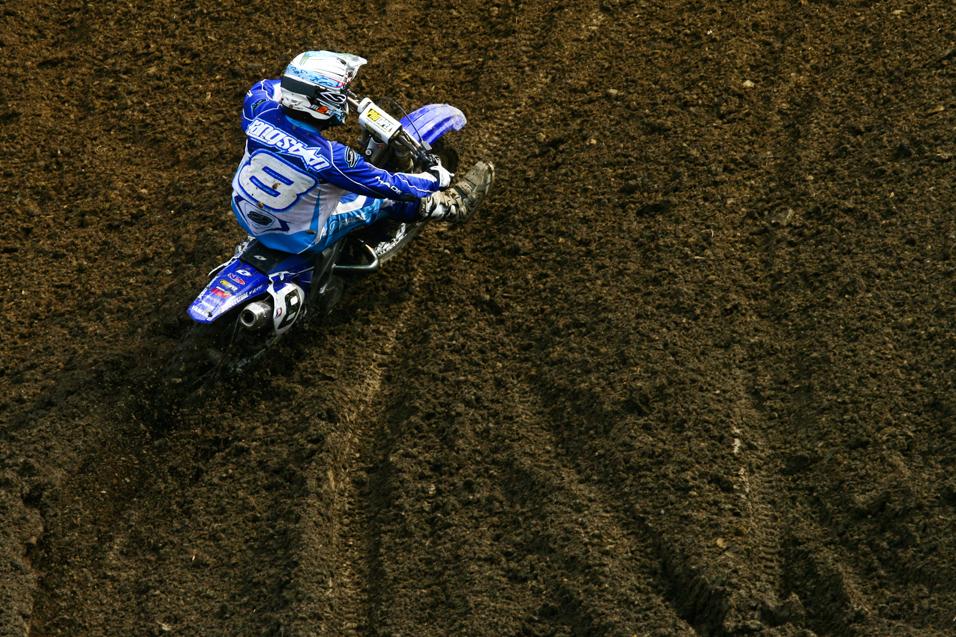 It was the first race of the post-Carmichael era. RC revved up to GOAT status by winning every single AMA Motocross Championship he ever competed for, including three-straight 125 titles from 1997-1999, and then seven-straight premiere-class championships from 2000-2006. In '07, he said he would only race half of the season before heading into retirement, and he was true to his word. Despite dominating with 1-1 scores at his final scheduled race at Millville, RC hung it up.

So who would take the first non-Carmichael championship since the previous millennium? James Stewart looked like the favorite, but blew his knee out at Washougal. This left an incredible dog fight between Timmy Ferry, Mike Alessi, Grant Langston and Andrew Short, with Kevin Windham playing the spoiler.

Heading into Steel City, Ferry and Short were tied for the series' lead, but the first moto would show which riders were about to step up. Alessi (shocker) grabbed the holeshot on his Red Bull KTM, but soon came under pressure from Windham, who later took the lead. Alessi hung onto K-Dub and when the Honda veteran made a mistake, Alessi swooped back underneath to take the lead again. Then Langston started rolling on his new 2008-model YZ450F, and caught Windham for second. They nearly collided off of a jump, and Windham went off the track. Then Langston crashed, putting Windham back into second. Late in the race, a determined Langston stole second back from Windham. Alessi won the moto, but Langston's late charge around Windham would prove huge for the overall. 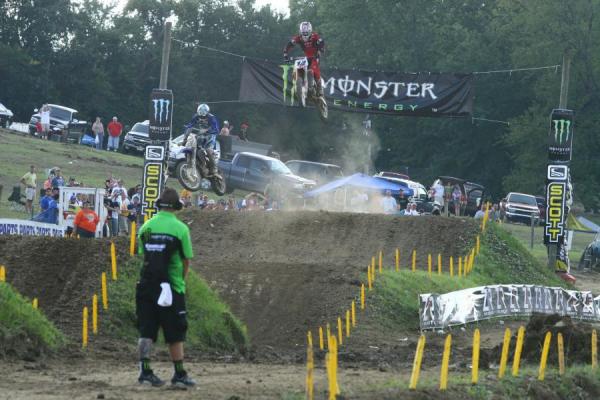 Moto two was even better. Ferry went down in turn one, but Windham grabbed the start ahead of surging privateer Gavin Gracyk. Langston and Alessi would get past Gracyk and set up a fantastic three-rider duel for the win, with Windham leading most of the way. Langston tried everything to get around Windham, but he cross-rutted and went off the track. That put Alessi into second, and he was all over Windham but couldn't make the pass. Then Langston showed up on the scene again and pulled the trigger on Alessi. This set up a Langston versus Windham duel for the moto win, and with a lap to go, Langston made a late pass to steal it. Then Alessi went after Windham again, and they battled side-by-side through the final turn, with Windham hanging on.

Langston's 2-1 scores gave him his first-ever AMA Motocross win on a 450, and also vaulted him into the points lead. "I really want this bad, I guess that's one of the biggest things," said the South African. "And what a great race! You never knew who was going to win it. I just dug deep, those guys were just going for it. I'm just so stoked to get my first win on the 450."

Langston went on to win the final two series' rounds at Freestone and Glen Helen to seal up the title for Yamaha--but it all started with a breakthrough win at Steel City.