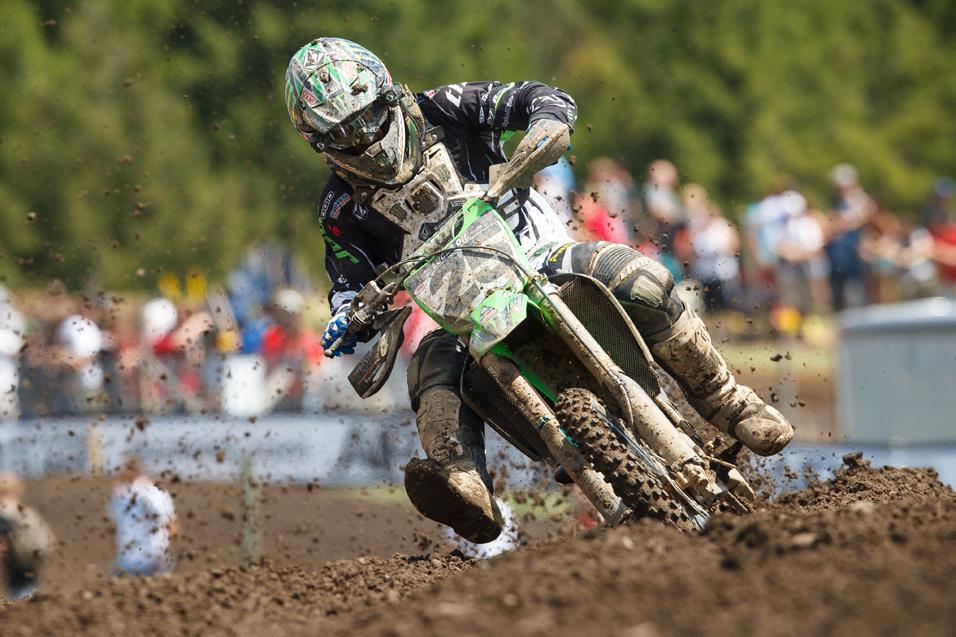 Each Monday, the staff here at Racer X Online brainstorms an online poll question. We also usually talk about being too tired, too busy and too over it to come up with great ideas. It's Monday! But sometimes the question practically asks itself during our Monday bench-racing session, and that was the case this week. What was the biggest surprise at Unadilla?

You'll see the poll question posted this morning. Lots of stories at the 'Dilla this year, from KTM's historic day in both classes, to moments of glory (and heartbreak) for the likes of Byrne and Weimer, to James Stewart's bumpy return, to Justin Barcia and Blake Baggett struggling through a key race in the 250 championship. So much happened that one great story may have gotten overlooked: Monster Energy Pro Circuit Kawasaki's Broc Tickle logged the best moto of his professional career. 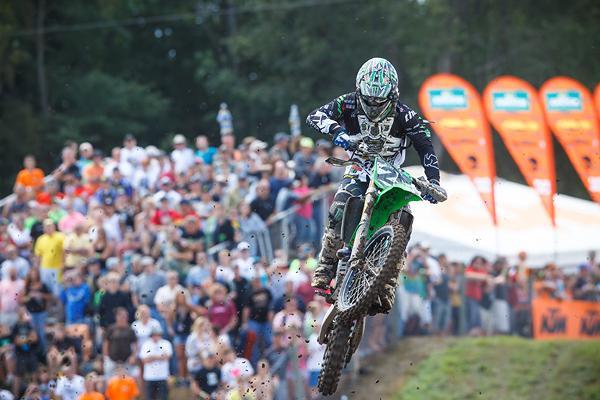 This one has been building all season. Tickle pointed out of Lites SX after winning last year's Western Region Championship, which then made him the answer to the trivia question of, “Who was the first rider to ever ride a full season on a 450 for Pro Circuit?” Mitch Payton jumped into the premier class with Tickle, letting long-time staffer Aaron Johnson run the program. But although the 2011 supercross results weren’t always where Tickle and Payton thought they would be, Broc stayed injury-free, raced all the races, and got better as the series developed.

Better things were to come outdoors for Broc and the new PC 450 program. He started a bit slow, and had a couple of mechanical DNFs, but the improvement from the opening at Hangtown through round ten at Unadilla is obvious. At 'Dilla, Tickle got his usual mediocre start, but rode steady on a track that just ate up the field. As Stewart, Weimer, Byrne and even would-be series champion Ryan Dungey went down, Tickle poured it on and looked like he could score the first moto win of his career.

"I hadn't led an outdoor national ever, so once I got the lead, I was obviously a little nervous," said Tickle. "I just tried to stay smooth."

With two laps to go, it looked like Tickle had enough of a lead to get it done, but Dungey put the hammer down and ripped off and a 2.16.7 lap--his second fastest of the race--while Tickle maintained his pace in the 2.18-2.19 range. Dungey pulled alongside and took the lead, but Tickle upped the pace and stayed close to the end, coming up just .9 seconds short of the victory. In was the best outdoor ride of his career. 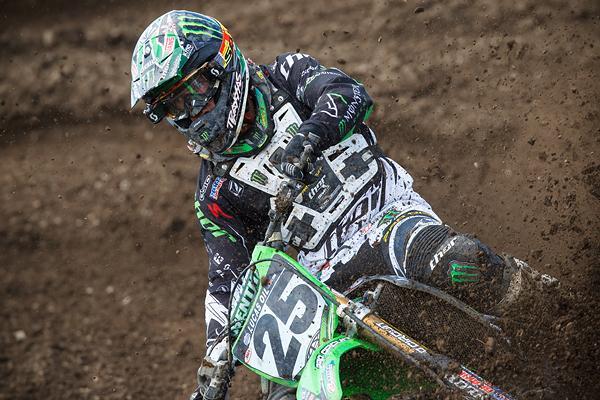 Tickle captured his second podium in a row at Unadilla.
Simon Cudby photo

In moto two, Tickle battled Andrew Short the whole way and finished fourth, enough for second overall, his second podium in a row and third of the season.

Getting bumped into the 450 Class could have ruined Tickle's career trajectory. Luckily, Pro Circuit stepped up to back him, and then his own hard work and grit carried him forward even when the season looked grim in supercross. Late in the year, his strong rides have garnered the attention of a few teams, and Tickle indicates he should have a 2013 deal signed soon. His 450 existence looked shaky at first, but now he's set to be a well-paid mainstay in the class.

Tickle is not the kind of rider that draws unneeded attention. He lets his riding do the talking, and even in the middle of a wild, crazy day for many, the results at Unadilla indicate he had one of the finest performances of all.