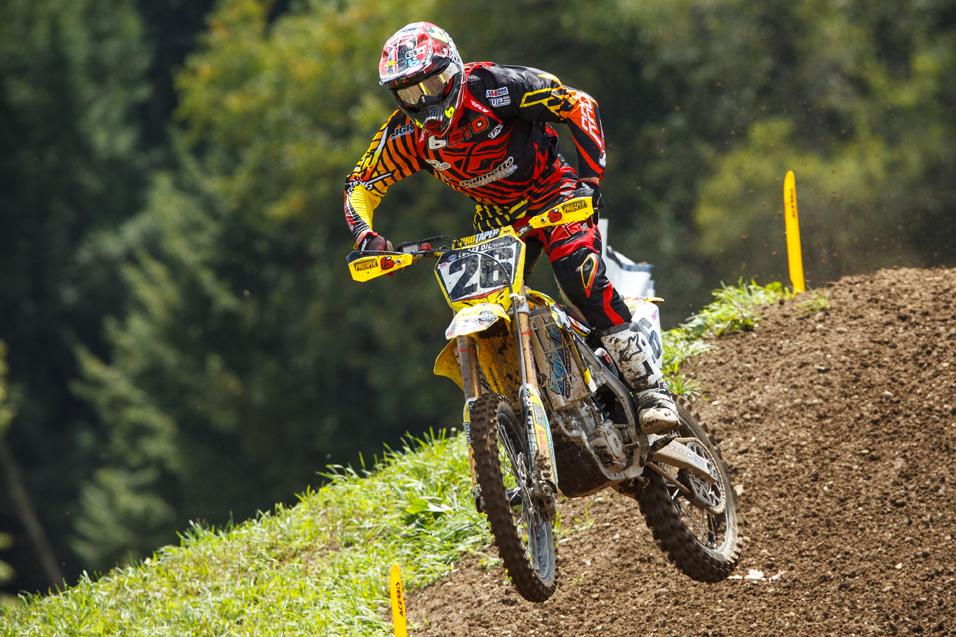 August 20, 2012 2:10pm
by: Jason Weigandt
Unadilla MX New Berlin, NY Unadilla Lucas Oil AMA Pro Motocross Championship
I saw Michael Byrne early on Saturday morning, and when I asked about the track and Unadilla's painful roost, the friendly Australian answered back, "Don't worry about it, I plan on being up front."

I'm not sure if Byrne was just confident or merely making conversation, but what he said proved true. He snagged the holeshot in the first moto on his BTOSports.com Suzuki. James Stewart rode past, but then crashed, and soon Jake Weimer did the same. A few laps in, Byrne found himself with a big lead, and not completely by accident. Stewart and Weimer had crashed, but Byrne was riding well, and no one else was catching him. 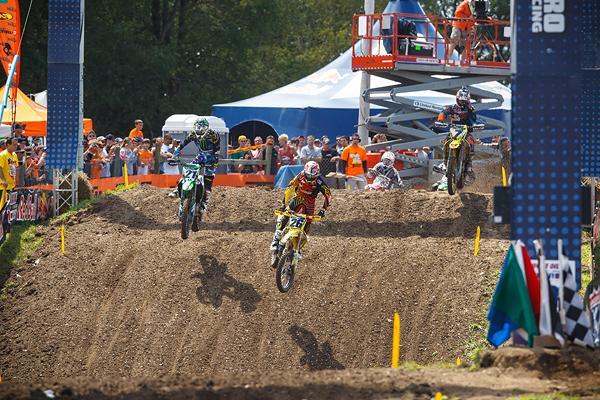 Byrne lead for a majority of moto one at Unadilla, but suffered a lateral tibial plateau fracture in his leg.
Simon Cudby photo

"I was like, 'Who is winning?"' said Broc Tickle, who was in second. "Then I saw it was Michael Byrne, and I'm not lying, I was pushing it hard and I wasn't catching him. I was like, 'Man! I thought I was riding good!"'

Byrne's lead wasn't wavering, as he kept his head down past the halfway point, holding about seven seconds on Tickle (who series points leader Ryan Dungey could barely catch by the end of the race). It all looked good for an upset win, which would be the first-ever for the BTO team in AMA Pro Motocross, and, Byrne's first career 450 moto win. Unadilla has been good to Byrner in the past, as he grabbed podium finishes on a 450 there in 2008 and 2009. But this time it looked like something much, much more special.

Until suddenly his race--and season--ended in the blink of an eye.

Byrne didn't even crash. He stuck his leg out and caught his foot. The impact was severe enough to break a bone. That was it, a painful, heartbreaking ending to what was set to the be highlight of Byrne's 13-year odyssey in the U.S. 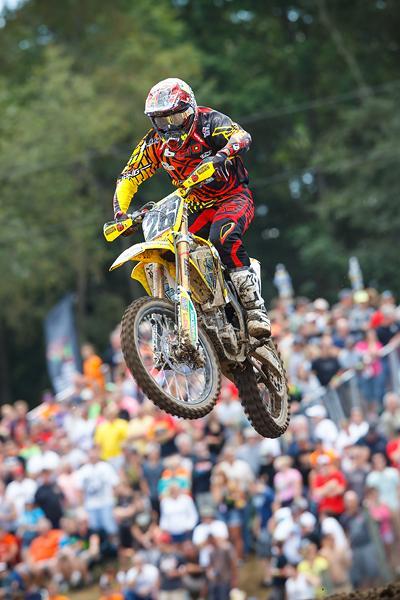 The latest we hear is that Byrne may only have a lateral tibial plateau fracture, which is better than the broken tib and fib feared at first. He is headed to Dr. Steven Augustine's clinic in Jacksonville to determine the damage. If that's the case, he's looking at a 6-8 week recovery. Better yet, we hear Byrne is set to sign an extension with the BTOSports.com Suzuki team, so he should be set on employment next year, which is more than many riders can say.

But that's next year. For Byrner, his moment was about to come this year with a long-awaited moto win--and that hurts just as much as the injury that ended it.