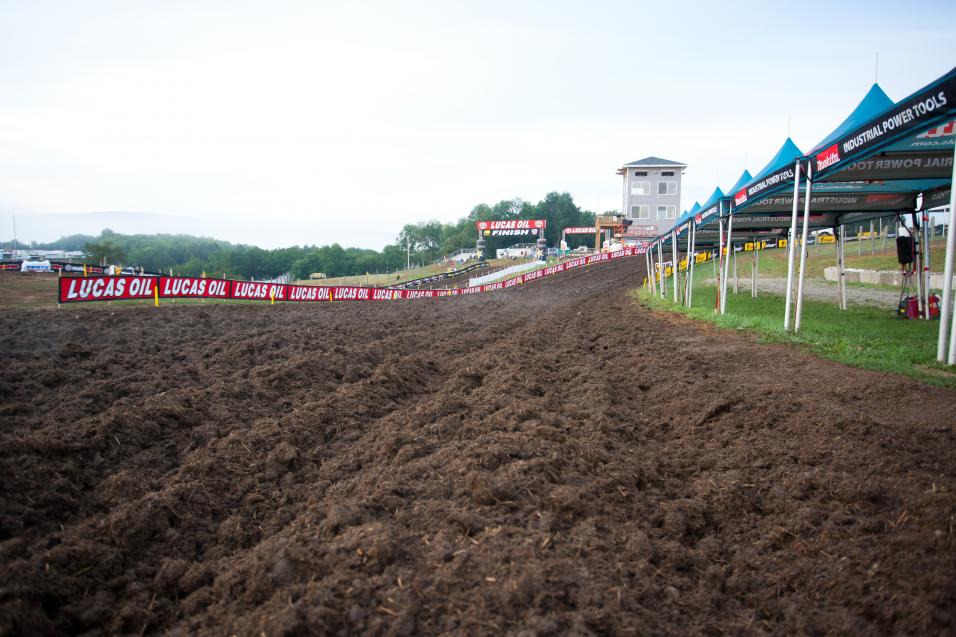 Hello, everyone, and welcome to the Rev Up. It's a great time to be a motocross fan, folks. Last week's event at Southwick was a shot in the arm after the break, and my, my, my what a show she was! Chocked full of stories, championship drama, and intense racing, it's been a long time since I can remember being that geeked out. From John Dowd grabbing a top ten in moto 1 (which I'm not sure says more about him or less about everybody else. Ahem, he's 47), to Zach Bell yanking the holeshot of his life, to Dungey knocking a gas cap off and having to pit, to the back and forth crossover passes between Blake Baggett and Ken Roczen...

Touchdown. Scoreboard. What a freaking good day of racing. Hell, DC was running around the infield like a kid snapping instagram shots. I think the inner motocross child in all of us was dancing last weekend. I know mine was, and I'm still jazzed about it.

Now Unadilla. Ho, ho. I've been lucky to see more motocross tracks than probably 90 percent of you reading this, but the one that I always thought about like it was legend was Unadilla. I remember “taping” the Unadilla USGP's back in the early 80's and just wearing the VHS's out rewinding them and watching over and over. The mystique of Unadilla is about the atmosphere. The rolling green (natural) terrain, the black soil, and the fans. There has never been and likely never will be, a fan/rider bond like Unadilla and Bob “Hurricane” Hannah. “Buckwheat” rode that place like a rampaging beast. His style was so all-time. Hannah would kind of flap around on the bike, but his line choice and corner speed was lethal. You think it's weird thinking about Ryan Dungey losing a gas cap last weekend? How about the time Hannah won the 1986 USGP when Johnny O'Mara ran out of gas! 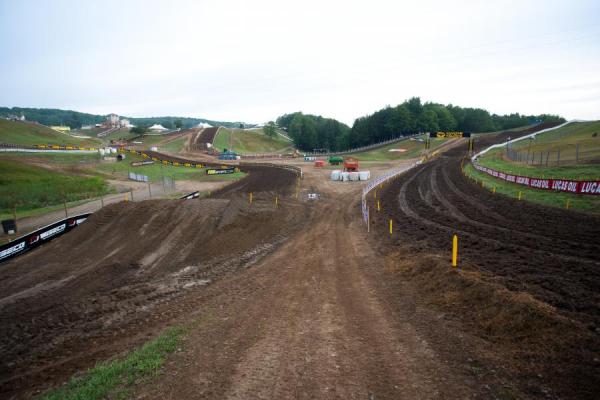 Lots of stories soaked into this soil.
Andrew Fredrickson photo

More memories from 'Dilla are David Pingree's holeshot debacle where he carted huge then got run over three times. Then the time Robbie Reynard showed Ricky Carmichael what pure talent can do when it is focused. But, man, that instance when Bubba landed on RC...wow. You guys remember seeing Ricky get up and stomp over to the far asleep Stewart? He was waving his arms over his head like a damned wildman, then he picked up that KX250 and threw it out in the weeds like it was the neighbor's dog poop.

More recently, that shot of Dungey and Desalle throwing simultaneous pan, plus look over-intimidator...I could go on and on for thousands of words. Unadilla is 100 percent pure badass motocross. And we're racing there this weekend.

This will be the weekend that Ken Roczen puts it together. I haven't claimed anything for a while and I think “Ze-German” is going to do it this time around. For starters, I think it is going to rain and be a mudder in at least one of the motos. Couple that with the Euro-esque style of Unadilla and the boy is due. That said, it's a tornado of speed he has to overcome. Blake Baggett is the man they are all gunning for. There really isn't a reason why he won't win again. I have few words for Bad Blake. He's the man right now, and this championship is within his clutches. Just a few more blocks of wood to chop.

It's the same storm as it has been all summer long from there. Will Eli Tomac get good starts and win, or will Justin Barcia? Will Marvin Musquin be a darkhorse and get it done? There is a lot more with it as obviously Zach Bell is fast, as are his teammates Wil Hahn and the returned Justin Bogle. Blake Wharton can go fast there as well.

Only a handfull of gate drops left for one of the most competitive classes we've seen in years. 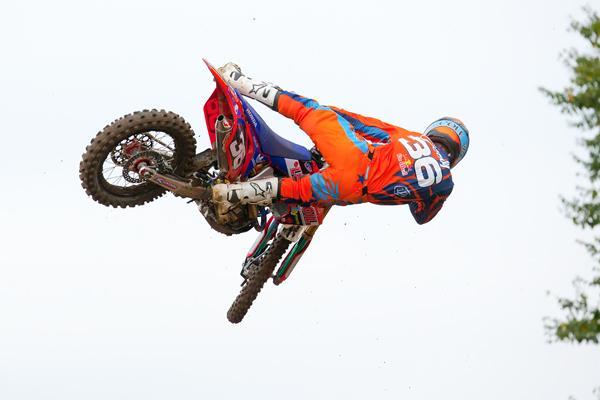 Rain or shine, Ryan Dungey is going to win out. All that will be left from this season's premiere division is a stigma of “what if's.” What if James Stewart, Ryan Villopoto, Chad Reed, or Trey Canard were healthy all series long? When Dungey wins his second 450 outdoor crown he won't care. I'll say it again, it is very cool what KTM and RD5 are putting together.

Unadilla is here, folks. I grew up dreaming about this track, and while I never got to race it, I was able to stand at the bottom of Gravity Cavity and get my picture taken. I was lucky to meet some of the local fans and see what was left of the true “Hill People.” Maybe not what they once were in magnitude, but they're still there. It just bugs me while so many parts of our sport are secluded and aloof. Why don't more people know about Unadilla? Perhaps they will after this Saturday.

Let's get ready for more. The end of the work week is upon us, and it's time to get nasty. Weather man is saying 60 percent chance of rain. Anybody ready to see a mudder? This is American motocross. Drive your ass there, or set the DVR. Unadilla time is here.