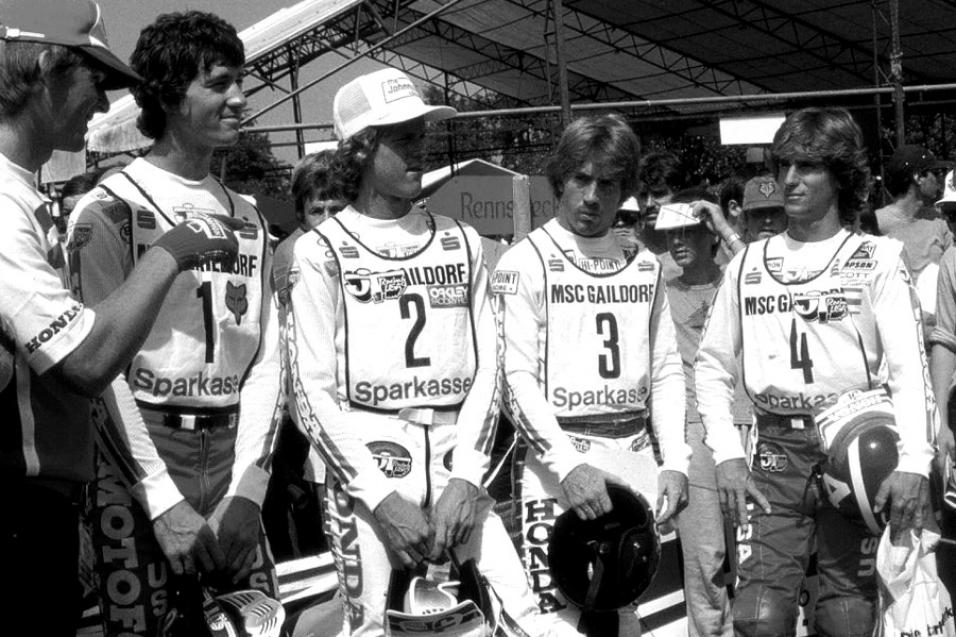 We're in the Olympic spirit, and it got us to thinking about how our fellow countrymen have fared over the years against the rest of the world in motocross. So we're building another List to detail some of the outstanding "First American" performances in motocross history.

On August 8, 1982, "Bad" Brad Lackey rode into the record books as the first American to win the FIM World Motocross Championship. Lackey did it on a Suzuki at the Luxembourg Grand Prix, which concluded the 500cc Grand Prix season that year. Here is a clip of the drive for the championship, courtesy of Todd Huffman and the MX Files. 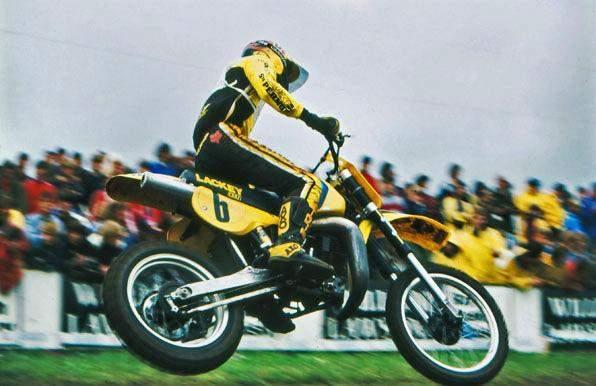 The late Jim Pomeroy turned the world upside day when he showed up at the opening round of the 1973 250cc World Championships in Sabadell, Spain, and won the race on his Bultaco motorcycle. It was the first time an American had ever won a Grand Prix race, shocking the Europeans. Two years later Pomeroy would also become the first American to win a moto at the annual Motocross des Nations, but Team USA as a whole would not win until a half-dozen years later. 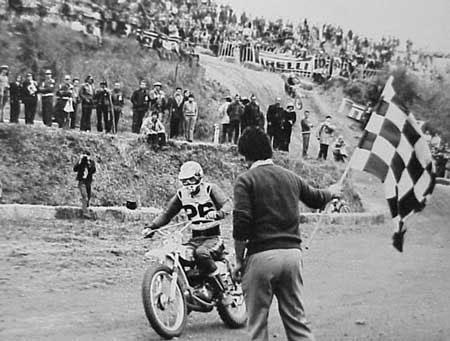 Way back in the 1950s, Bud Ekins was traveling across Europe when he decided to enter a Grand Prix in England. He ended up finishing tenth in one moto, and in doing so he earned a single championship point. It marked the first time an American had ever scored a GP point.

In 1980 Marty Moates rode the race of his life at Carlsbad to become the first American to win the United States Grand Prix of Motocross. He rode a privateer LOP Yamaha and shocked not only Europe's best, but also the top American riders of the day; Moates had never won an outdoor National or Supercross to that point. In fact, he never would, but on that one day he was the absolute fastest man on the planet.

In 1981 the Team USA quartet of American Honda riders Donnie Hansen, Danny LaPorte, Johnny O'Mara and Chuck Sun would join together to upset the rest of the world at the Motocross and Trophee des Nations in Belgium and Germany. Those races marked the first American wins at either, and set the stage for a streak of dominance that would last 13 years.

One year later Danny "Magoo" Chandler become the first and only man ever to win sweep all four motos at the Motocross and Trophee des Nations, which meant riding first a 250 and then a 500. His fortnight in Europe rates among the most remarkable performances in global motocross history. 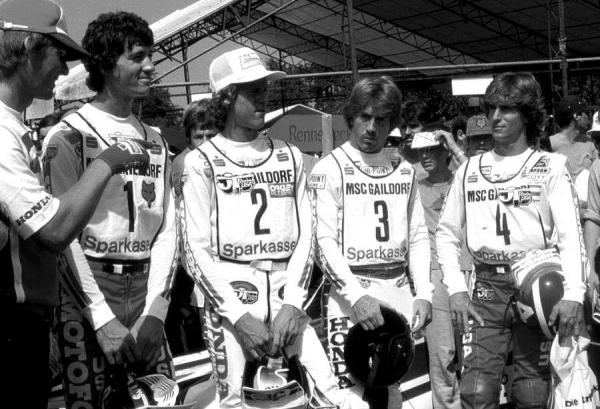 Team USA in 1982 featured Danny "Magoo" Chandler (3), who swept all four motos of the Motocross and Trophee des Nations, becoming the first American to win those races. Sweet sponsor name beneath the numers on those bibs!
Racer X Archives

In 1973 "Jammin'" Jimmy Weinert navigated the mud of the Rio Bravo Trans-AMA on his Kawasaki to become the first American to win a Trans-AMA race. Up to that point the series had been dominated by the likes of Roger DeCoster, Adolf Weil, Ake Jonsson and more.

The first Inter-Am winner of American descent was Gary Bailey, who took a round from the touring Europeans on July Fourth, 1969, winning the 250cc Inter-Am race at Saddleback Park, topping some of Europe's best riders of the day in Arne Kring and Olle Peterson and more. 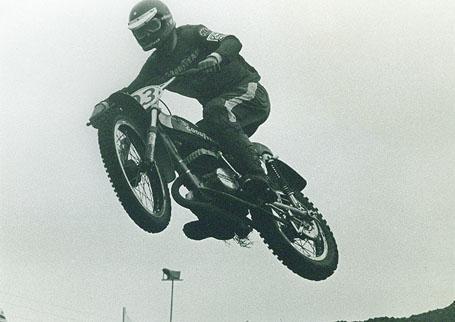 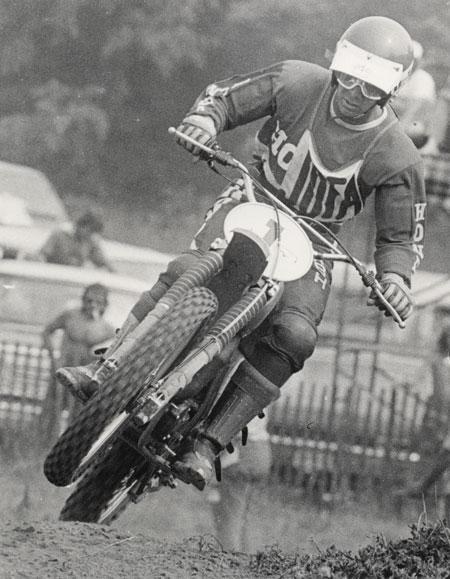 Marty Smith at the 1975 U.S. Grand Prix at Mid-Ohio, where he become the first American to win a USGP in this class.
Photo courtesy AMA Motorcycle Museum Hall of Fame

In 1978 Bob "Hurricane" Hannah ended many years of frustration for Americans by winning the Trans-AMA title over Europe's best riders. It marked the beginning of the end of Europe's dominance over the Americans, as well as the beginning of the end of the Trans-AMA series. What used to be a working vacation for European riders like DeCoster and Weil had become a real dogfight!

In 1989 Trampas Parker raced out of relative obscurity to become the first American to win the FIM 125cc World Championship on a KTM -- the brand's first 125cc title. Two years later Parker also became the first American to win two world titles, taking the 250cc crown over Mike Healey (another American). One year later, in 1992, Donny Schmit would match Parker's feat, adding the 250 GP title to the one he took in the 125cc class in '90. 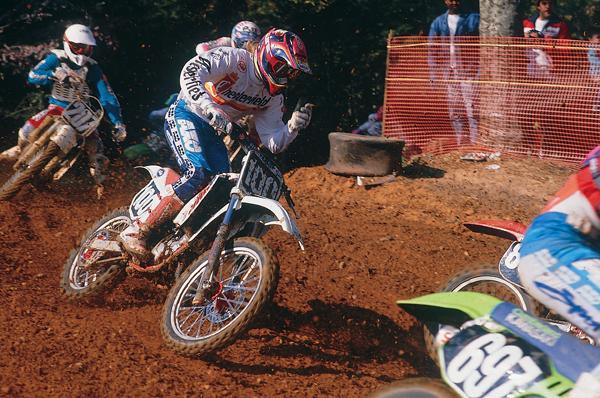