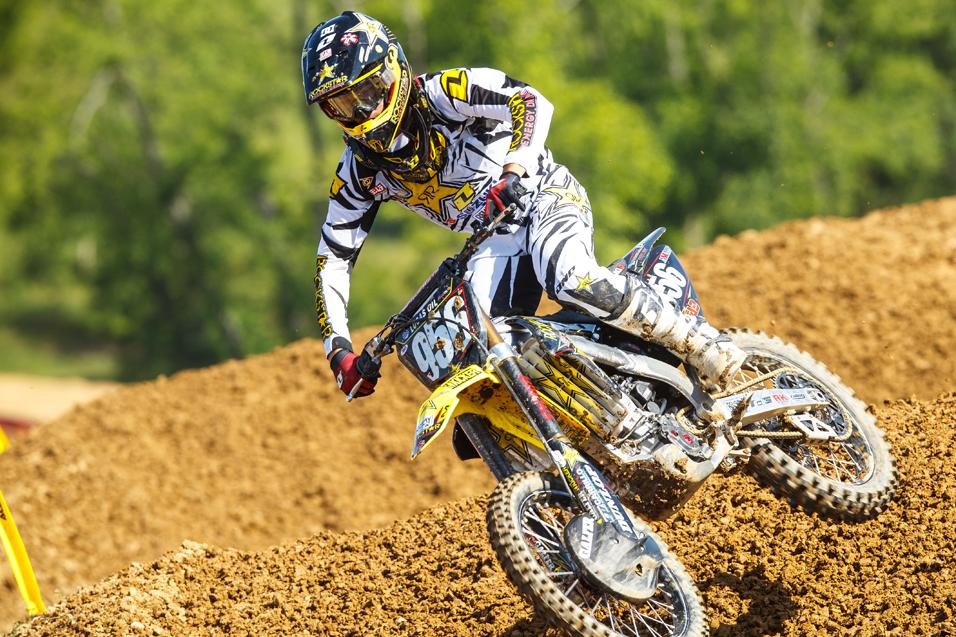 Going for the W Blake Wharton

July 19, 2012 12:40pm
by: Aaron Hansel
Washougal MX Park Washougal, WA Washougal Lucas Oil AMA Pro Motocross Championship
After racing the 2011 Eastern Regional Supercross Lites season with injured shoulders and sitting the Nationals out to recover from surgery, Rockstar Energy Drink Suzuki’s Blake Wharton is back in the Lucas Oil Pro Motocross Championship for 2012. Wharton, who is one of the few riders that has been able to occasionally break into the lead group this year, put together a few good rides in the first half of the season. Unfortunately, he’s balanced those rides out with a few crashes and substandard motos, and by his own admission, isn’t quite where he wants to be. We got in touch with Wharton to talk about his season, and where he expects to be in the remaining five rounds of Lucas Oil Motocross.

Racer X: How’s the season going for you?
Wharton: Last year I didn’t get to race the Nationals due to the fact that I had some shoulder injuries and some surgeries and stuff. So coming into the outdoors this year, I was on a new team and had a year off, and I knew it’d be good. The pace is always strong, and there’s lots of fast guys. I feel like right now I’m getting better at each round and getting back into the groove of things. I’ve had some ups and downs, some crashes here and there or a first-turn crash here and there, but other than that, I’ve been putting my head down in the race no matter what the situation is and just trying to put points on the board. I feel like I’ve been able to do that, and fortunately we’ve got five more rounds to go. I’d like to finish strong. We’ve got some good tracks coming up, and after Washougal this weekend, we’ll have a small break, which should be pretty good. I’m not where I want to be right now, so I’m just looking to keep improving. 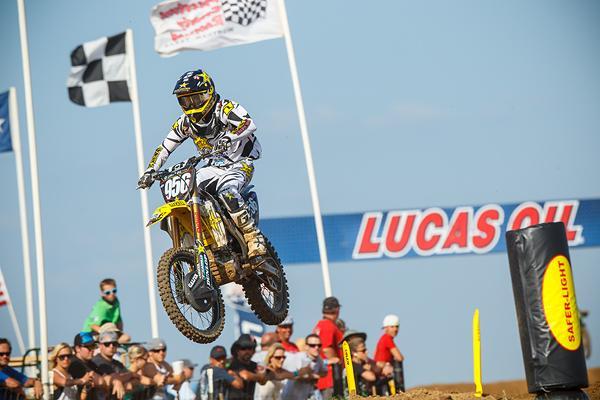 Blake Wharton had his best race of the season in his home state of Texas at Freestone.
Simon Cudby photo

You did well in Texas, taking a fourth overall and you even took third in the second moto. Was there anything especially different about that day?
I got a good start, and that’s big. When you’re running with these guys, the pace is really fast, and it’s tough to try to make a comeback from way behind. It’s not the best way, and a good start makes it easier. I got a good start in Texas. It’s not necessarily a home track for me, it’s fairly new, but it’s always nice racing in your home state. I feel like I can do that again if I put myself in the right place. You have to put yourself up front with those guys, it makes running that pace a little easier because you can see it when you’re right there with them.

You had a pretty wicked looking crash at High Point, were you banged up from that?
You saw that? [Chuckles]

Yeah, I was on the other side of the track and all I saw was your bike flipping through the air and into a fence. Ugly!
That was a weird crash. Honestly, I couldn’t even tell you what happened because it happened so quickly, but that section is a turning rhythm section. When you’re in a turning rhythm section, you’re leaning while you’re jumping, and you know what kind of problems that can present with dragging the foot peg and everything. I lost it and it was like a full on nac-nac flying through the air! It was pretty bad, the bike went flying. I jammed my legs and my back pretty good. I crashed in the first turn at Budds Creek and I crashed in the first turn of the second moto at RedBud. There’s been a few unfortunate deals, but I’ve at least been able to stay in it. Last weekend at Millville I had a pretty good run with fifth overall. We’re racing really fast guys, and that’s good. You have to be on your “A” game. My endurance is good, and the team has been really good with me, so I can’t complain.

Were you feeling the effects of that crash from High Point for a few rounds?
A little bit. Sometimes you get the ball rolling and you hit a stumbling block, and it can take you a while to get back going again. I’d like to think that crash didn’t really slow me down much, but at the same time, you can look at the results and say I had a few bad motos after that. But it’s nothing that I can’t rebound from. We’re all going to crash eventually, it’s only a matter of time. I’d like to say we can all go a full season without crashing, that’d be awesome. It’s no big deal, I just focus on the positives. That wasn’t a very good race for me. 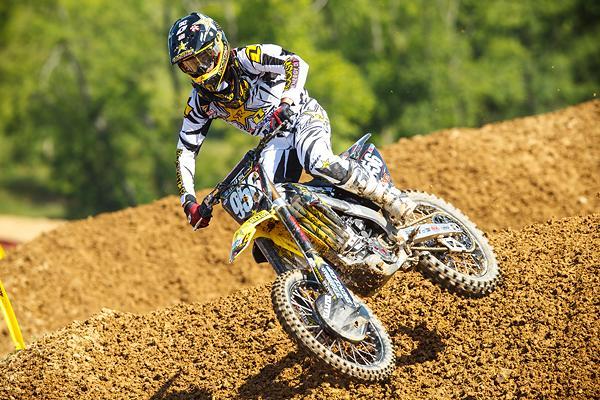 Wharton has been on tear since the two-week break.
Simon Cudby photo

The guys up front are going really fast. What’s it going to take to challenge them?
Yeah, you’re right. It’s pretty obvious that it’s going to take a good start. If you want to run the pace, you have to get going right from the get go. But at the same time, you have to have the speed as well. If you don’t have the speed, you won’t be able to do it. Those four guys are running really well, but I don’t think it’s an impossible pace to run, either. You just have to be on your “A” game. That top four is tough to break into, but I’ve already done it this year so it’s not impossible. By no means will it be easy. It’s going to take some good riding.

What are your goals for the remaining five rounds?
I’d like to get on the box. I’ve been there before outdoors, I’ve run up front and I’ve raced some really good guys. That’s my goal. Consistency is always great, it’s one of those things you don’t even have to speak of; every rider wants to be consistent. It’s a fast pace to jump back into if you’ve been out for a little while. By no means is it easy in the 250 Class. I want to continue to improve at each round and get on the box.

Thanks for your time, Blake.
No problem.