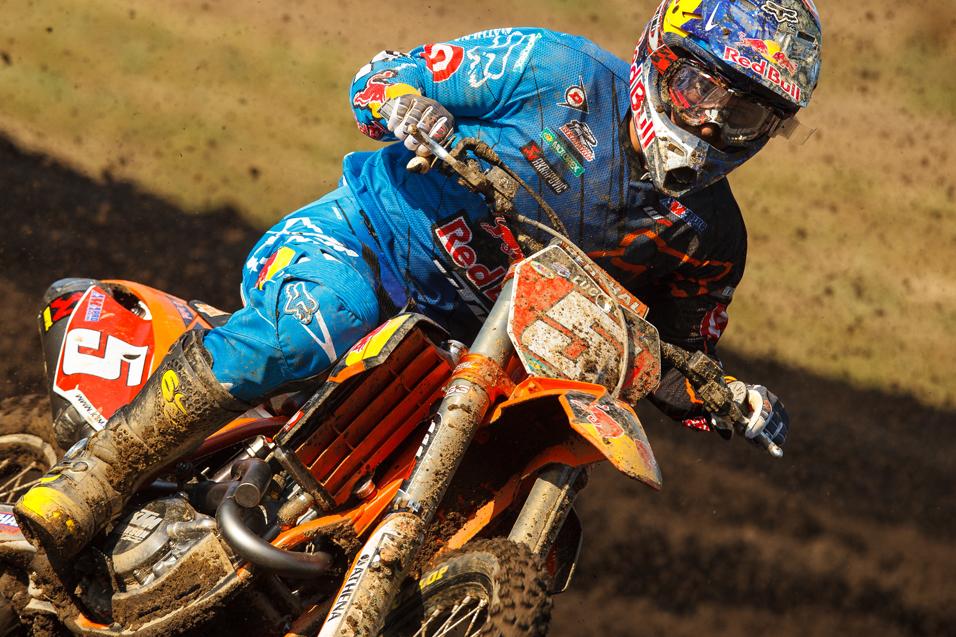 Going for the W Ryan Dungey

At just 16, Dungey made his pro debut at the Spring Creek National in 2006, and he logged impressive 8-8 scores for seventh overall. Save for an odd, terrible performance in 2007, where he scored 15th overall, The Dunge has been incredible at his home track—nearly unstoppable.

It starts in 2008, when Dungey took Millville for his second-ever National win, edging Ryan Villopoto 1-2 to 2-1 to take the Lites Class overall (Dungey had only collected his first win at the previous race, at Washougal). In 2009, Dungey was locked in a heated title battle with Christophe Pourcel, but somehow the two had managed to avoid hooking up in on-track battles. Each week, they’d exchange bad starts and bad motos, and rarely did they battle each other until the second moto at Millville, when Dungey managed to pull away from some intense pressure from CP. Pourcel then crashed going after Dungey, leaving RD5 with a popular 1-1 overall win. 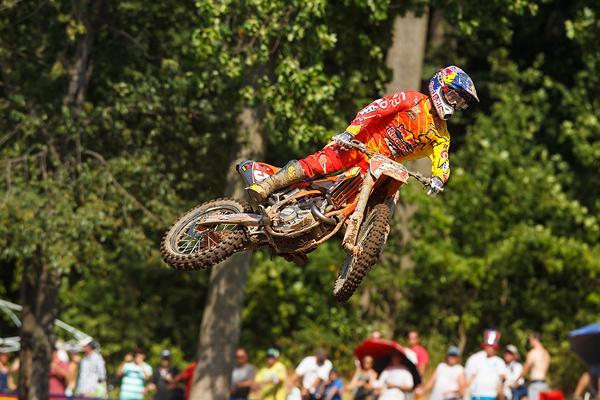 Can Dungey be stopped at his home track this weekend?
Simon Cudby photo

In 2010, Dungey continued his steamroll through the 450 Class with a 1-1 at Spring Creek. Finally, last year, Chad Reed handed Dungey a defeat in the first moto. But Reed’s wild ride in moto two opened the door to a Ryan Villopoto vs. Ryan Dungey battle in moto two, and Dungey ran down and passed Villopoto to take moto two and the overall.

Such great success begs the question: Does Dungey have a big advantage at his home track? We asked him:

“A little bit, but the track has changed a lot even since I was a kid racing as amateurs there,” says the Minnesota native. “They bring in a lot of sand, so that’s always changing, but it’s really good, especially when we get rain. We get a lot of rain there and the sand helps absorb that. But the rain also means a lot of that sand washes away. Johnny Martin does a good job prepping it, and the track usually makes for some great racing.

“I like it,” continues Dungey. “The track has a lot of elevation, and it’s in a pit, so the humidity can really stay down there. It’s a real test, but it’s one of my favorite stops. I’m excited to race Millville.”