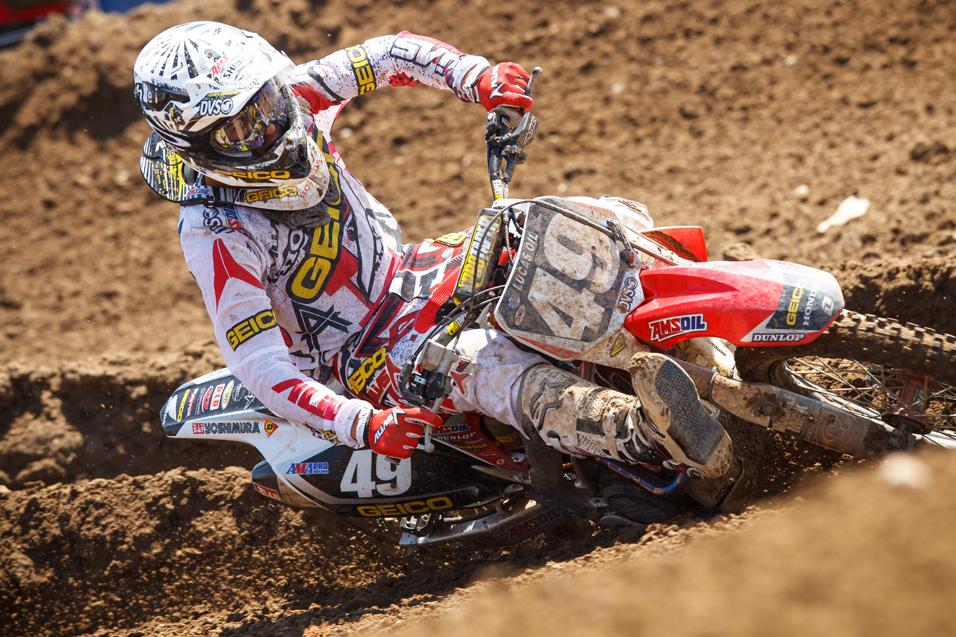 Making a Break For It
Although the racing in the 250 Class has been outstanding this year, there is one rider who is beginning to separate himself from the top four. Thanks in part to an uncanny ability to light the burners around the halfway point of each moto, Blake Baggett now has three overall victories and a nineteen-point lead to his credit. If Justin Barcia, Eli Tomac or Ken Roczen want to keep their championship hopes alive, they are going to have to figure out how to hang with Baggett when he catches fire and mounts his signature late-moto charges. With half the season already in the books, they’ll need to do it this weekend at Spring Creek.

Reloaded
After making a splash by placing fifth last year at Unadilla in his first race as a pro, and nearly winning the final moto of the year at Pala, Justin Bogle was only able to make it through the first National of the season this year before taking some time off to have surgery on a knee issue that stemmed from a crash during supercross. Bogle is now fully recovered, and will make his return to racing this Saturday at Spring Creek. Will the amateur sensation come out of the gate swinging, or will it take him several races to get back up to race pace? 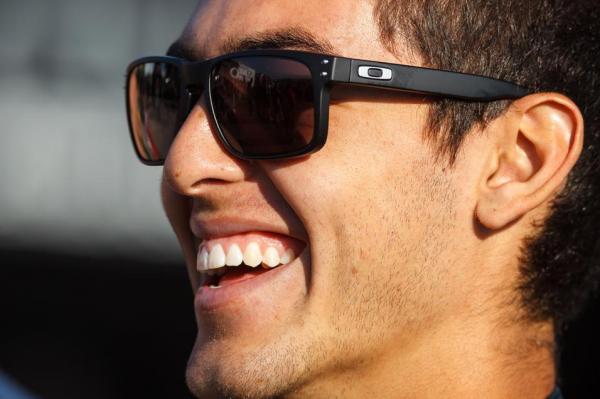 Millville will mark the first race back for Justin Bogle since the opening round at Hangtown.
Simon Cudby photo

Hahn’s Back
Tommy Hahn had the opportunity of a lifetime when he was offered the chance to be a fill-in rider for the injured Trey Canard with Team Honda Muscle Milk. Hahn missed several races after breaking his finger in Colorado, but he’s scheduled to make his return to racing this weekend at Spring Creek. Before he got hurt, Hahn’s best overall result was a seventh at Freestone. Will he be able to jump right back into the top ten this weekend?

The Track
When it comes to a variety of conditions and obstacles, Spring Creek MX Park is the most comprehensive venue on the circuit. Steep up and downhills, off-camber turns, hard-pack dirt, big jumps, infamous sand whoops, you name it, and Spring Creek has it. To make matters even more interesting, the first turn at Spring Creek is a right hander, which means the riders won’t have access to their rear brakes as they barrel down the start and into turn one. It’s often described as a real racer’s track, and in order to go fast here, a rider must possess a broad skill set.

Turnaround
After putting in some great results at the first few rounds, Rockstar Star-Valli Yamaha's Nico Izzi has stalled out a bit. He sat Budds Creek out after suffering a concussion in practice, and a big crash in the first moto at RedBud ended his day early and left him feeling some heavy duty back pain. Can Izzi shake off the recent issues he's been experiencing and start the second half the season as strong as he did the first? 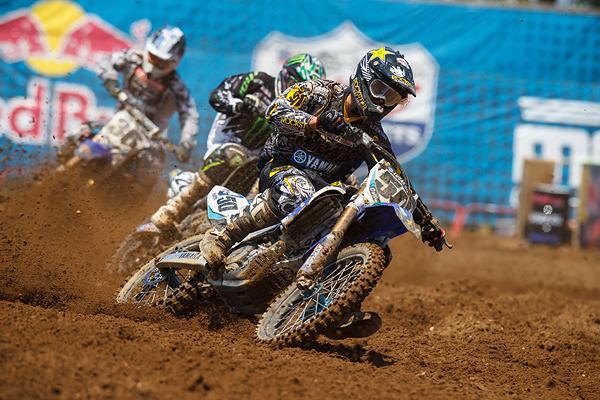 Will Millville mark a turnaroud for Nico Izzi and his recent string of crashes?
Simon Cudby photo

Weary Wharton
After missing all of the 2011 Lucas Oil Pro Motocross Championship following surgery on both shoulders Rockstar Energy Suzuki Racing’s Blake Wharton has gone MIA for much of the 2012 Nationals. Following a third place finish in the second moto at his home state race at Freestone, Wharton has yet to sniff the podium again. Compounding matters is the seemingly impenetrable force of the “Fantastic Five” (Baggett, Barcia, Tomac, Roczen and Musquin) that stands between Wharton and a top five finish. As the season keeps chugging along Wharton should only get stronger, but will he be able to crash the podium party again?

Canadian Fever
As Canadian rookie Cole Thompson was putting the final touches on a career best seventh overall finish at RedBud, somewhere Steve Matthes was snuggled up with his Canadian flag, drinking maple syrup and watching highlights of the 1967 Toronto Maple Leafs last Stanley Cup Championship—relishing in the Canadians success. Thompson, has shown speed, but as with most rookies, has matched it with inconsistency. Unless he can find some support, which we hear there have been talks, this will be Thompson's last race until Southwick due to funding.

Breakout Kings
The two-week break provided much need relief for a number for riders. And it showed in their results. Justin Brayton, Les Smith, Kyle Peters, Gareth Swanepoel, and the aforementioned Cole Thompson all had some of their best rides of the season at RedBud. Coincidence? Not likely. Both Brayton and Swanepoel were struggling with injuries, Peters and Thompson were still adjusting to life as a professionals and Smith has experienced his share of bike problems. Was RedBud a shot in the pan for these riders, or a sign of things to come? 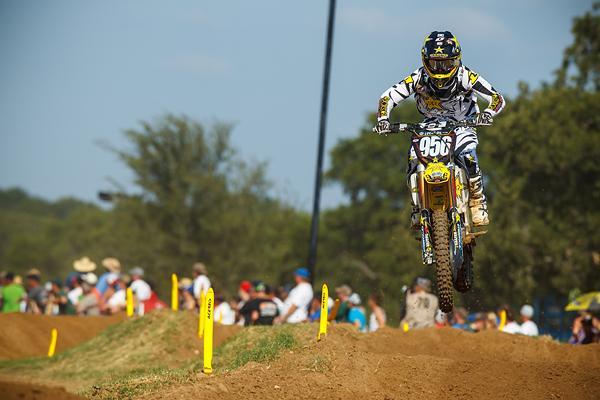 Freestone marked the last podium finish for Blake Wharton. Can the Texas native get back on the box at Millville?
Simon Cudby photo

Africa Hot
Throughout his career South African Tyla Rattray has flourished when the conditions get rough and the temperatures begin soaring into triple digits. Although RedBud may have gotten the best of him: “Africa hot got me today,” said an exhausted Rattray to Racer X’s Jason Weigandt after the race, this was his first race back since the season opener at Hangtown. And did we mention he still finished fourth overall? With high temperatures expected again at Millville this weekend, expect Rattray to start making runs at his first career 450 podium.

Yamaha Blues
There is no sugar coating the Kyle Regal/JGR relationship. Simply put; it’s worked about as well as the “Cash for Clunkers” program. Regal was expected to rebound following the two-week break at his home race, RedBud, but once again struggled, limping to a 19th overall. With 2013 contract talks already at the forefront for many teams, the time is ticking away for Regal to prove he deserves a factory ride for next season.