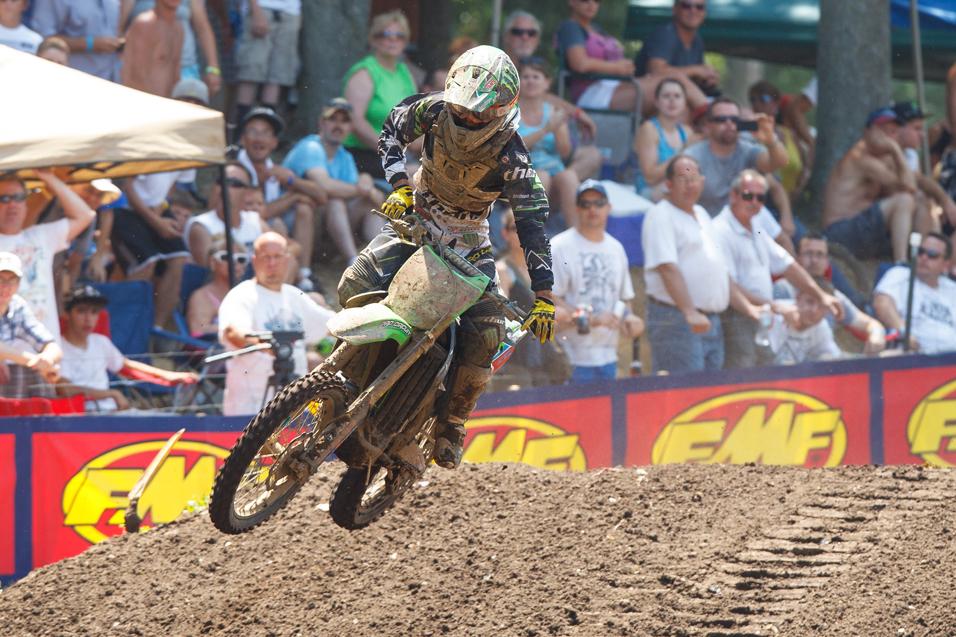 As the scorching sun laid to rest atop historic RedBud USA, round six of the Lucas Oil Pro Motocross Championships began under sweltering conditions. Unfazed by the heat, and the headlines of the return of James Stewart, Ryan Dungey rode to perfection at what has become the Woodstock of motocross, capturing his eighth straight moto win and his fourth consecutive overall.

The unpredictability of the 250 Class may be creeping toward predictability as Blake Baggett used two come-from-behind moto wins to take the overall and extend his points lead. The unfathomable late race charges from Baggett has seemed to perplex the other members of the Fab Four -- Barcia, Roczen and Tomac -- leaving them searching for answers as the series heads to Millville.

Let's get to the lap charts to see how it all broke down.

Ryan Dungey’s undressing of the 450 Class continued at RedBud. Even with James Stewart on the line, Dungey blitzed the field en route to moto wins of over forty and thirty seconds. Using attacking lines, Dungey was able to set the fastest lap in both motos, which were nearly two seconds faster than his next closest competitor.

For the first time all season privateer Cole Thompson made the top ten fastest lap times of the 450 Class, sneaking in with the 10th fastest laps of both motos. Thompson, who many thought jumped to the professional ranks too soon after only reaching the B class of the amateur ranks, still has a lot to prove, but on a blistering hot day in southern Michigan he showed everyone that the speed and potential are there. He just needs to find the consistency to match. 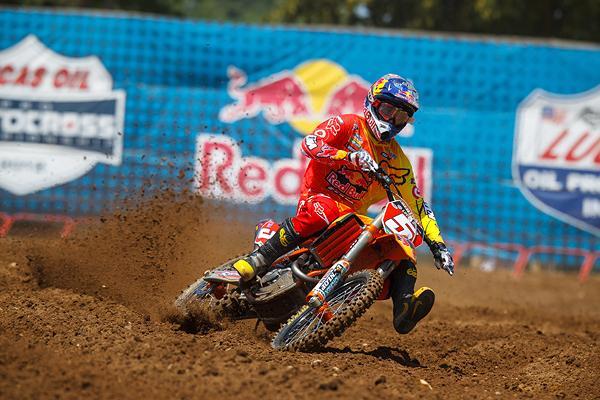 Dungey set the fastest lap in both motos en route to the overall.
Simon Cudby photo

He’s a beast. He’s a monster. He’s not human. Those have been some of the words used to describe Blake Baggett and his propensity for throwing down the gauntlet late in the race. The Monster Energy/Pro Circuit Kawasaki backed rider has gone on such a tear down the stretch it makes you wonder what would happen if he actually got the early lead (well, besides crash it away like he did in moto two).

With that being said we decided to dig a little deeper into Baggett’s two come-from-behind moto wins at RedBud. For the first twelve laps GEICO Honda’s Justin Barcia and Baggett were running very similar lap times in both motos ranging in the 2:08 to 2:10 range, on average. But the determining factor in both motos was from lap 13 on. Baggett kicked it into another gear down the stretch run, swallowing up a defenseless Barcia in process, en route to a 1-1 performance. Check out the lap charts below for further examination.

The intensity of the 250 Class has turned it into a "go until you blow up" battle, with riders pouring every last ounce of strength they have into every lap, right from the start. Barcia is darned close to being able to run that torrid pace, er, not run a pace but just run flat out, the whole time. Close. But Baggett has proven he can go all the way to the end. Until someone else does, we'll be calling him inhuman many more times. 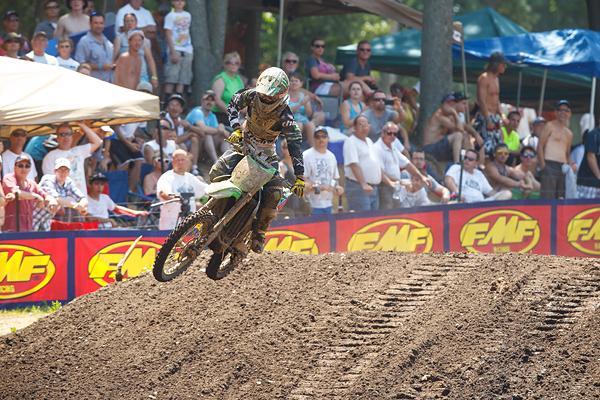 
Ashley Fiolek didn't expect to win RedBud, heck, she wasn't even sure if she could race it at all after a big crash and concussion at Thunder Valley a month ago. But she's back in a big way, carrying the fastest lap and moto wins both times out. With series leader Jessica Patterson smarting from a broken hand, Fiolek (and Tarah Gieger) are very much still in this title chase!
Read Now
November 2020 Issue Now Available