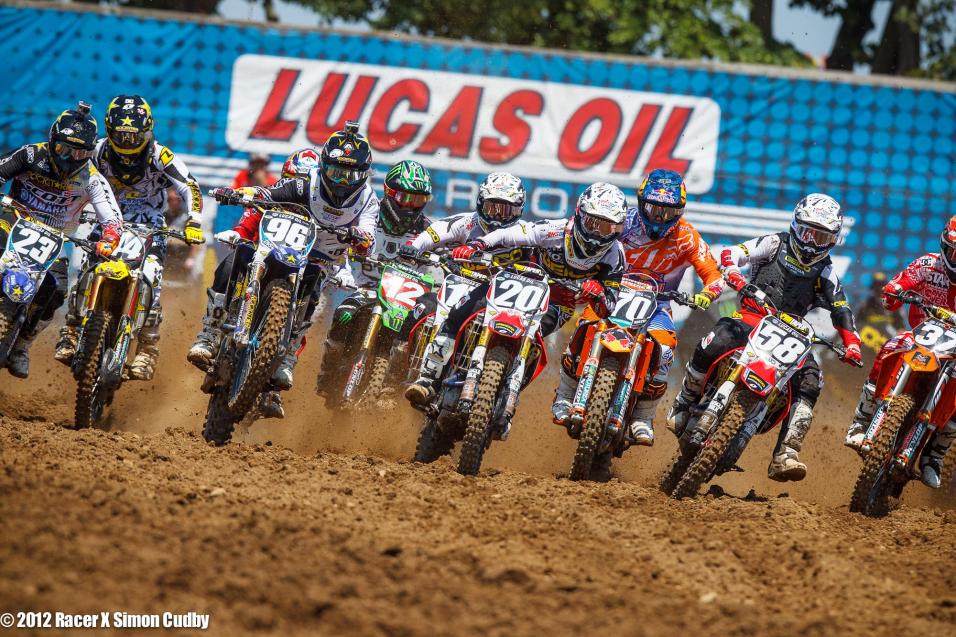 As shouts of RedBuuuuudddddd reverberated throughout the famous Buchanan, Michigan track, located just miles from the Indiana border, Red Bull KTM’s Ryan Dungey was busy chalking up another impressive performance on what has already been a Hall of Fame type start to his career.

With a 1-1 performance in the books, Dungey has now accumulated eight straight moto wins and four consecutive overalls over the last four rounds and now holds a commanding 72-point lead over MotoConcepts’ Mike Alessi.

The Red Bull RedBud National also marked the return of Yoshimura Suzuki’s James Stewart who has missed the last three motos with a wrist injury suffered at Thunder Valley. The return of Stewart brought hopes that Dungey’s reign of terror would finally be challenged. But Stewart was never able to mount a charge and stumbled to 6-3 finishes for third overall.

Muscle Milk Honda’s Justin Brayton, who up to this point in the series has been a major disappointment, looks to have finally righted the ship as he picked up his first podium (second) of the season via 3-4 moto scores. Brayton reveled in the post-race press conference that he had a concussion and hand injury at the beginning of the season, which had contributed to some of his struggles. 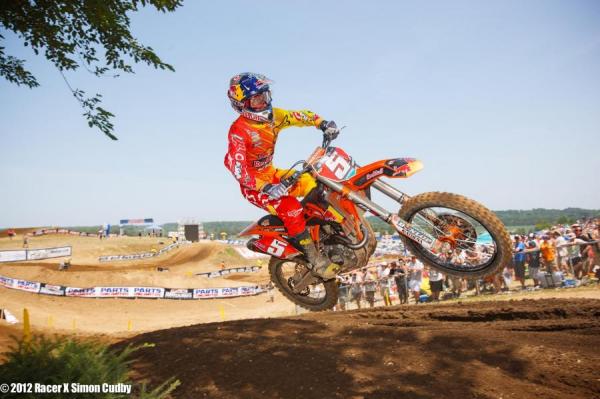 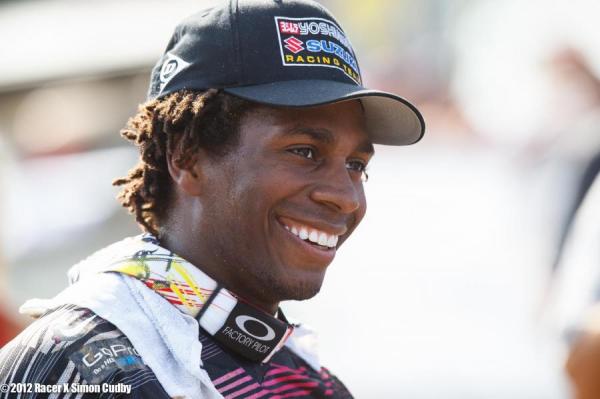 Stewart wasn't dissapointed with his third-place finish, saying he knew he needed to just get some races under his belt to get back to the form he showed at the beginning of the season. 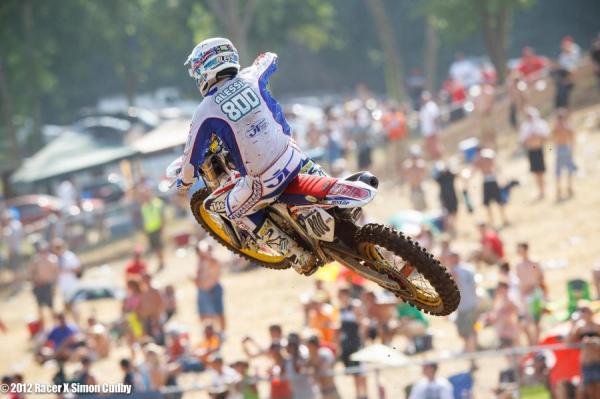 The 250 Class continues to be the headliner of the series as the “Fantastic Five” of Blake Baggett, Justin Barcia, Eli Tomac, Ken Roczen and Marvin Musquin continued to trade blows in the sweltering Michigan heat. And for the second straight round it was Monster Energy Kawasaki’s Baggett landing the knockout punch with two come-from-behind victories.

GEICO Honda’s Barcia would finally cure his second moto blues with 2-2 moto scores, but it wasn’t enough as Baggett was on another level at the historic track. Barcia’s GEICO Honda teammate, Tomac, would round out the podium thanks to a late second moto pass on Red Bull KTM’s Musquin.

The atypical brisk temperatures that have graced the Lucas Oil Pro Motocross Championships through the first four rounds finally dried up. The heat and humidity of RedBud pushed temperatures into triples digits at various points throughout the day, testing riders’ physical and mental capacity.

Fitness has never been a question for Ryan Dungey, who prides himself on being a self motivated workout warrior, and with temperatures getting as high as 105 Fahrenheit, fitness would play a big role at round five of the championship.

Using a quick jump out of the gate in moto one, Dungey was able to settle into a quick pace. Stewart started behind him and pressed him for about a lap, but soon wasn't able to keep pace. Dungey was at points two seconds faster than the field, and didn’t waver from the blistering speed until he had already built a twenty second lead. As Dungey was pushing the pace to new limits Stewart was left trying to pick up the pieces after an early tip over. Stewart later stalled his Suzuki, as well, and had to settle for sixth in his first moto back.

Behind Dungey the fight for the podium was beginning to heat up. The Kawasaki trio of Jake Weimer, Tyla Rattray and Broc Tickle found themselves in a dog fight with the aforementioned Brayton. The quartet of riders would fight tooth and nail throughout the moto with Weimer able to outlast Brayton for second. Brayton would take home his first moto podium finish of the year with a third, with Rattray and Tickle rounding out the top five. 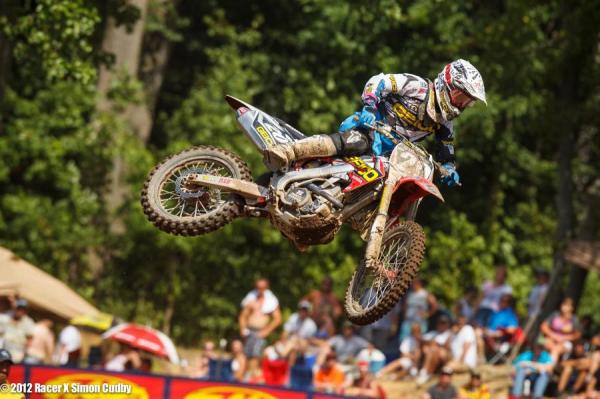 Justin Barcia led a bunch of laps in both motos but ended up 2-2. 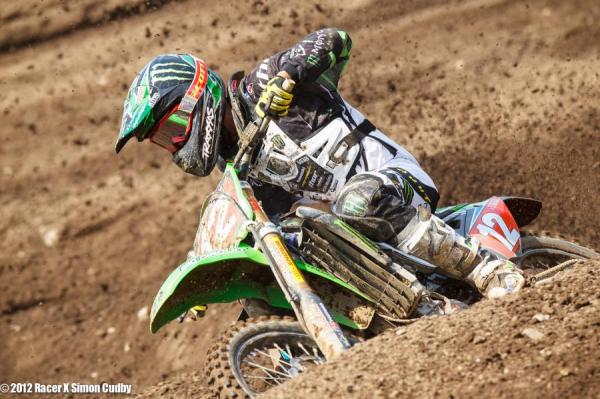 Blake Baggett was supposedly sick with a sinus infection before the race. It didn't show.
Simon Cudby photos

MotoConcepts’ Mike Alessi was able to pull one of his patented holeshots in the second 450 moto and took the early lead over Dungey and Stewart. Meanwhile, the second moto brought trouble for Weimer. A crash would leave the Kawasaki rider stranded in last and out of overall podium contention. After a second crash, Weimer would charge back to salvage a point, finishing in twentieth.

Dungey wasted little time pouncing on Alessi, taking command of the race for the second straight moto. While he wasn’t able to match his forty second moto one win, Dungey did manage to build an almost thirty-five second lead at races' end.

Alessi would rebound from a first moto crash to hold off Stewart for second, while Brayton would finish fourth to grab his first overall podium of the season. Rattray, Andrew Short, Josh Grant, Cole Thompson, Broc Tickle and Michael Byrne would round out the second moto top ten.

In the 250 Class, Justin Barcia shot out of the gate to secure the early lead in the first moto. The “Fantastic Five” were all in play for the win early as Roczen, Tomac, Musquin and Baggett nipped at the heels of Barcia’s lead.

Tomac would be the first to falter as he suffered a small crash that left him secluded in fifth. Meanwhile, Baggett, using his typical late moto charge and the some very well-timed hucks of Larocco’s Leap, had worked his way around the KTM duo of Roczen and Musquin.

After patiently waiting for the right place to strike, lap 13 finally proved to be the breaking point for Barcia. Baggett sliced his way through a set of lappers to take the lead, one that he would never relinquish, and grab the moto one win. Barcia would finish second with the KTM crew of Roczen and Musquin taking home third and fourth, respectfully. 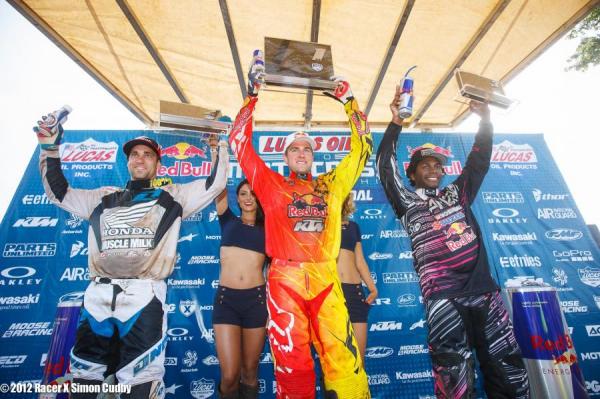 Brayton, Dungey and Stewart on the box. 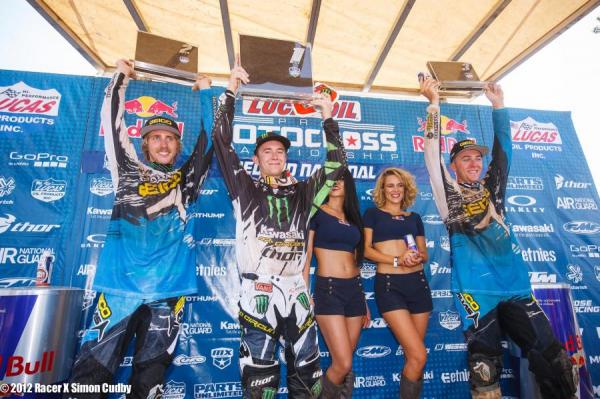 Baggett actually got into the early lead in moto two, but tipped over. Barcia, feeling little ill effects of his late mishap in moto one, was able to overcome his recent second moto struggles and took the early lead, while first moto contenders Roczen and Tomac were both buried mid-pack.

Tomac wasted little time disposing of Roczen and teammate Wil Hahn but ran into a massive road block in the form Musquin. Although he was finally able to make a late pass stick on the World Champion to secure a spot on the overall podium, the time wasted getting around Musquin would cost Tomac any shot of a win.

The first moto donnybrook between Baggett and Barcia carried over into moto two, but this time the two were all by their lonesome. Barcia was more determined than ever to hold off the advances of Baggett. And he did, for quite some time. But as the moto began to dwindle down Baggett used the inside line at the bottom of Larocco’s Leap to take the lead. The pass would lead to the moto win and the overall for Baggett—his second straight.

Barcia would finish second, with Tomac, Musquin and Hahn rounding out the top five. Roczen finished a career worst sixth in the second moto, robbing him of any chance of an overall podium.

In WMX action, the series took a major shakeup when Ashley Fiolek returned from a concussion suffered a few weeks back to go 1-1 on her Honda. Points leader Jessica Patterson was struggling all day due to breaking her hand in a practice crash a few days ago, and was only able to salvage a few points. Lucas Oil Troy Lee Honda's Tarah Gieger hoped to take advantage and grab a win and the points lead, but fell just short in moto one after a great battle with Fiolek. Gieger led moto two until she fell, and Fiolek took off for a 1-1 score. Gieger tried to work her way back up, but a rock jammed her rear brake on the last lap, slowing her charge and holding her to fourth. Meanwhile, Sweden's Sarah Pettersson snagged second overall on a crazy day in the WMX class. The women race next in two weeks at Washougal.

The 250 and 450 classes return next weekend at Spring Creek in Millville, Minnesota.