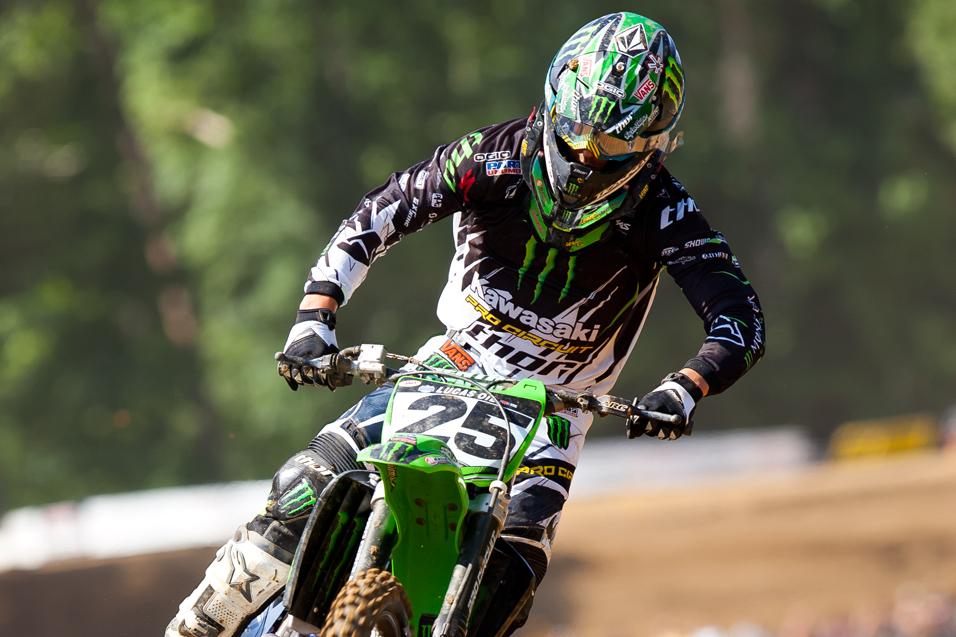 June 19, 2012 2:30pm
by: Jason Weigandt
Budds Creek Motocross Park Mechanicsville, MD Budds Creek Lucas Oil AMA Pro Motocross Championship
When you think of the qualities of Broc Tickle, you think of a motocross specialist, not a supercross guy. Broc is known for his toughnes, his fitness and his work ethic. He excels when tracks get rough and rutted. And he’s also known for getting bad starts and having to dig his way out—not a recipe for supercross success.

But yet, the majority of Broc’s success has come indoors, taking his first career pro win at Seattle a few years back, and his first pro title last year in the West Region Lites class. Outdoors, he had never even netted an overall podium finish, even last year, when the rest of his Monster Energy Pro Circuit Kawasaki teammates were dominating the 250 class.

Finally, this weekend at Budds Creek, we saw the type of rider we all knew Tickle could be outdoors. For once, he didn’t struggle to get off the line, and from there he was able to capitalize and rally to 2-2 finishes and second overall in the 450 class. 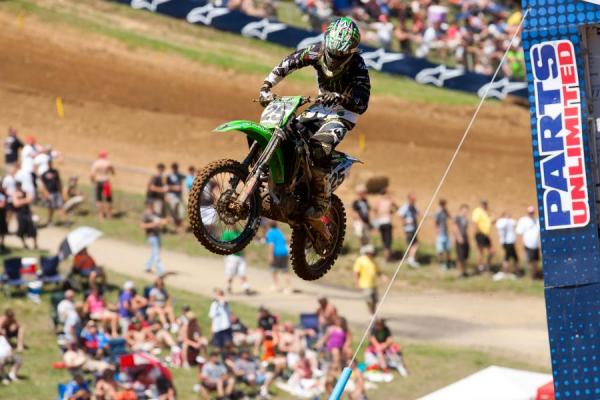 “This sport is crazy,” said Broc. “I’ve worked hard all year and it just hasn’t paid off, yet. Since Hangtown I’ve had a little more confidence than I had in supercross. Supercross didn’t go good. I worked hard, I would do my 20 laps at the test track during the week, and my times wouldn’t be that far off from Weimer. But then we’d go to the races and he’d be getting podiums, and I would be getting bad starts and just struggling. It was frustrating. But I kept my head down. That’s what I’ve always done—whenever I’ve been frustrated, I’ve always kept my head down and kept working. When you have a good day like this, it really makes you feel good.”

It’s not a win for Tickle, but after a tough season on the 450, it probably feels as good as one. For that, we present him with this week’s Racer X Unsung Hero Award.