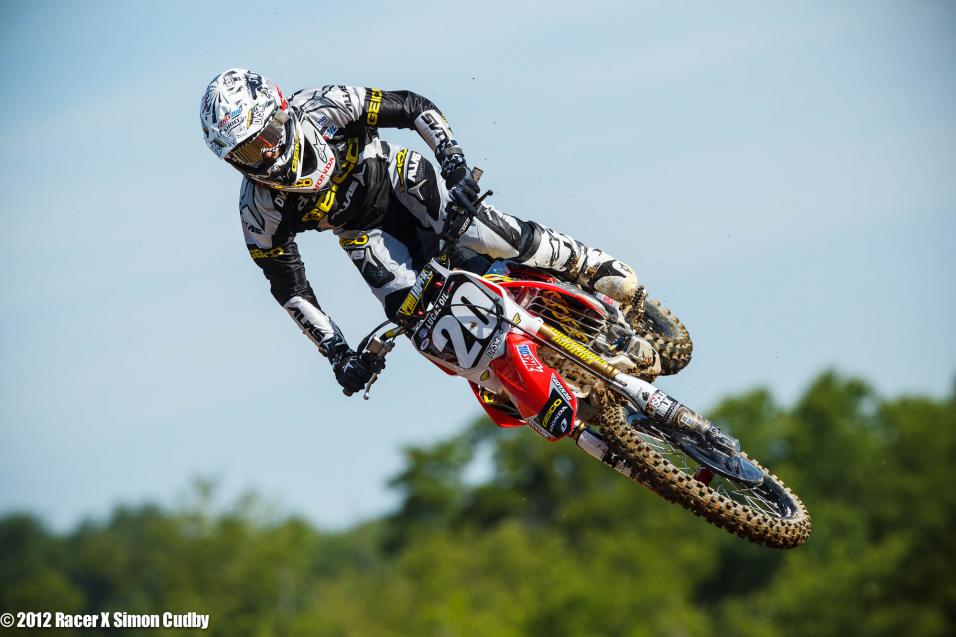 Through three rounds of the Lucas Oil Pro Motocross Championship it’s become quite apparent that four riders are in charge of the asylum that is the 250 class. Aptly coined the “Four Horsemen,” Blake Baggett, GEICO Powersports Honda’s Justin Barcia and Eli Tomac and German import Ken Roczen have solidified themselves as the cream of the crop in the 250 class. But alongside the rolling hills of High Point Raceway the four horsemen quickly become a five-some, as GEICO Hondas Wil Hahn decided he wanted a slice of the pie.

Capturing his first overall in the thin Colorado air since 2009, Justin Barcia entered High Point with a fist full of momentum, and he quickly used it to his advantage, grabbing the early lead over teammate Wil Hahn and Eleven 10 Mods’ Alex Martin. Behind the Honda trio were championship contenders Ken Roczen, Eli Tomac and Blake Baggett, cutting their way through the pack.

Under attack from three of the four horsemen, Alex Martin would quickly fall by the wayside. The freight train of Roczen, Tomac and Baggett then began their assault on Wil Hahn.  But first up on the chopping block was Ken Roczen. The duo of Tomac and Baggett would blitzkrieg the German, dashing the moto podium hopes of the reining MX2 Champion.

Up front it was the Justin Barcia show early. Brimming with confidence the GEICO Honda veteran quickly opened up a sizable gap over the field. But lurking behind were Tomac and Baggett.

Hahn, unable to match the pace of Tomac and Baggett, would fall to fourth mid-way through. Slowed little by the intense battle that they were locked in, Tomac and Baggett quickly began to make up time on Barcia. But it was too little too late for Tomac and Baggett, as Barcia held on for the moto win. Tomac would outlast Baggett for third, with Hahn and Roczen rounding out the top five.