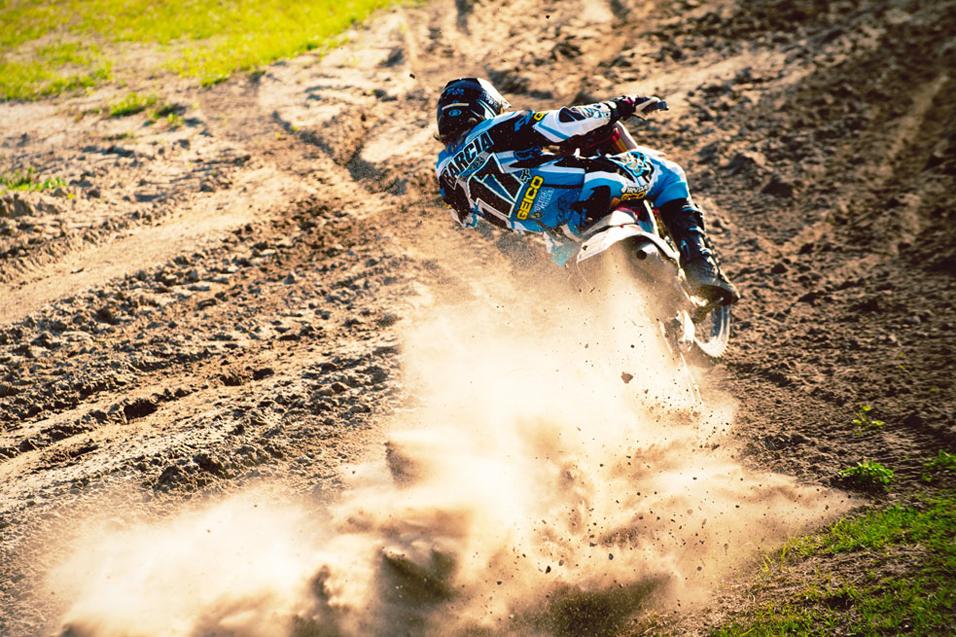 Our friends over at Vurbmoto celebrated quite a milestone earlier this week with the release of their 1000 video. Wes Williams, Brent Stallo, Andrew Campo, Clint Wilkinson, Ryan Walters, Ryne Swanberg, Kyle Cowling, Travis Steward, Brandon Bolling, Jason Crane and countless others have spent the better part of the last five years traveling the country producing some of the most unique, creative and inspiring videos in the industry. To celebrate the release of their 1000 video we invited Vurb’s Film Director Wes Williams to take over this weeks The List and detail some of Vurb’s most controversial, most viewed and most innovate videos.

10.  Waldo 2007
This is where it all started. Frustrated by the confines of working for someone else and restless in every regard, a very small group of us decided we wanted to leave our own mark on motocross. In the early days, it was only amateur motocross coverage. We had neither the budget nor the know-how to tackle the outdoors, so we stuck with what we knew. With extraordinarily limited funds, but hearts and minds charged with dedication and desire, we set out towards our dream. We sought to take over “Internet Media”.  In our eyes, it was the one thing we could afford. And after combining our talents of video, editing, writing, and motion graphics we were able to make our own “magazine”; just one that lived on the web.

While at Loretta’s and filming MXSportsCenter for Racer X, Robb Swiatek and I decided to show our true colors and rebellious nature; a trait that Vurbmoto has certainly become known for. Love it or hate it, sometimes the only way to get out of the box is to break a few rules on the way. The success of this video brought on a whole series of Vurb motocross-inspired pranks. In these episodes, Kevin Kelly and David Izer truly managed to do the unthinkable and get on the gates of Loretta Lynn’s.

This is when we thought we hit it big. I had caught the magic moment that was finally going to put us into the big times and triple our traffic on a daily basis. The Steven Clarke vs. Taylor Futrell video did actually result in a ton of traffic, debate, and controversy, (not to mention ranked as our #1 video of 2008) but we still had much, much more work to do in to motocross world before we started getting taken seriously.

When we had finally made a few hundred dollars and had enough gas money to get us a few places, we immediately reinvested that into equipment and, well, helicopters… something that seems to be an ongoing trend for me every year. This was at a time when we could take our time traveling and filming and not worry about having an extreme amount of content on the site. It’s not often that videos like this pop up anymore, which is why this one is very special to me.

This video more or less marks what I call a milestone in my video career; it was my first trip to the famous hills of California. I remember arriving here and being in absolute awe. Then, when the guys started busting out some of the hits, I was mesmerized. Due to technological advancements into the HD world, my style of shooting and editing really started to evolve at this point, and to me this video shows the progression of the art in our sport.

Our 2009 DVD release EPIC was yet another milestone for me as a filmmaker, and Vurbmoto as a company. While it doesn’t hold a candle to what can be done now, it was still a monumental time for our company and something that put us on the map permanently in our industry. After investing a year, and an entire life savings on this project, I’m sure it’s easy to understand why EPIC holds such a dear place in my heart.

Much to the dismay of the MXSports staff, every promoter on the circuit, and all the police hired at the events, we continued our typical Vurbmoto buffoonery throughout the 2009 Lucas Oil Motocross season. Travis Steward, a talent that has been a fixture with us nearly since day one, decided that year at Hangtown he wanted to see if he could get past security without his pass. Well, it worked and sure enough the National Security series was born.

At the ripe young age of 16, we discovered Ryan Walters, a talent that has helped take motocross cinematography to new levels throughout the years. His style of shooting and editing simply can’t be replicated, and he continues to put out blockbuster after blockbuster.  As evidence by this video of Dean Wilson, Walt, as we call him, sets the standard of what a normal motocross edit should be; the perfect balance of riding, personality, fun, and music.  In my opinion, this was a benchmark edit for the entire motocross video world, as this formula has been one many have tried to copy since.

This is the most viewed video in motocross history, and while not ours, we can take credits for the shooting, editing, and production of the piece. Obviously we wish every video could grow legs like this one, but it seems as if James Stewart, helicopters, and an insane track are the only way to obtain millions upon millions of views. Maybe another one will happen this summer…

As Vurbmoto’s most viewed video ever, the Justin Barcia Platinum has to rank in the number one spot. I feel like I’ve said this many times throughout these descriptions, but this video once again marked a milestone in setting the bar in motocross cinematography. With the help of Taylor Congdon, we shot a piece that will live on my list of epicness forever.

Bonus: Here is the video the boys at Vurb put together to celebrate their 1000th video earlier this week.