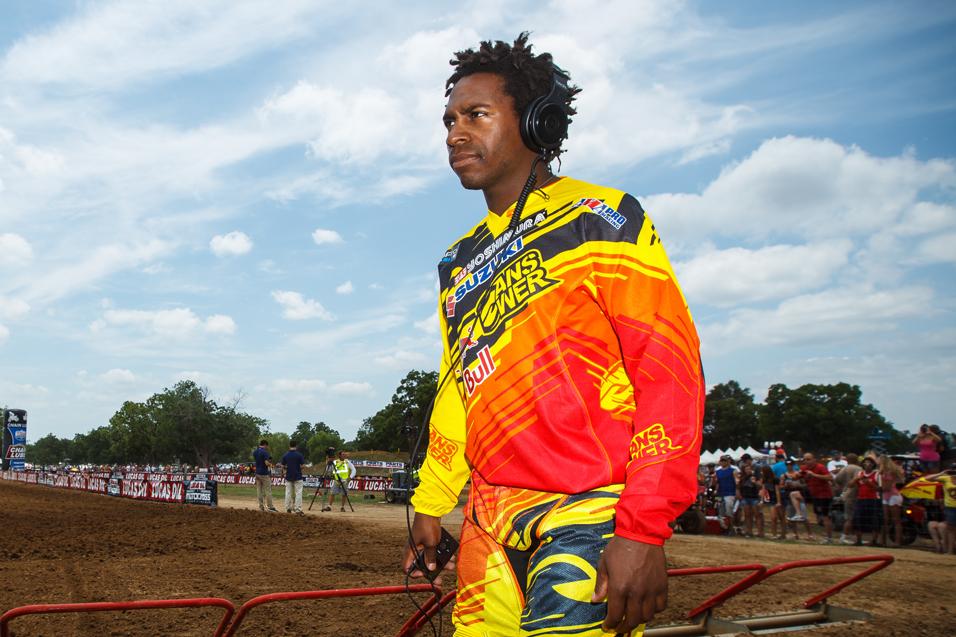 Down in a Hole
Following nearly a week of speculation James Stewart confirmed yesterday that he would be participating at round four of the Lucas Oil Pro Motocross Championship series at High Point Raceway; just one week after a hard crash at Thunder Valley caused him to pull out of the race early with a wrist injury. Stewart tweeted the following late yesterday afternoon: “I'll see you guys this weekend in Pa. Looking forward to racing in front of my fans!” After a 50-point swing in points at Thunder Valley, can Stewart begin to crawl his way out of a 36-point deficit at High Point?

The Elements
When it comes to unpredictable weather, High Point is one of the true wild cards of the Lucas Oil Pro Motocross Championship. Regardless of what the weatherman says, you just never know if you’ll need a rain coat and boots, or a tank top and flip flops. Last year, both sets of attire were necessary, as a short storm came through (nearly blowing the media tent over in the process) between motos and turned the track into a muddy mess. Minutes later, it was hot and steamy again. As of press time there is currently a 0 percent chance of rain, but you never know what Mother Nature will bring when it comes to High Point. 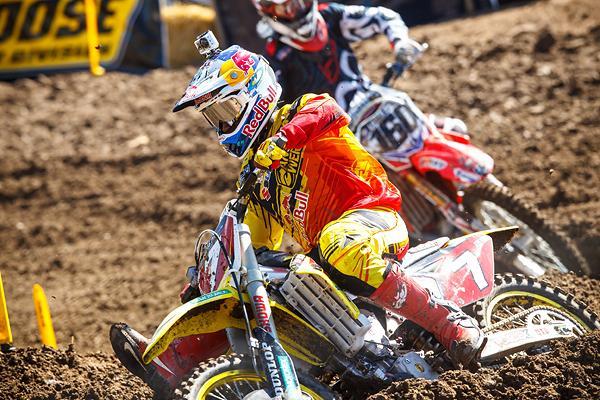 James Stewart confirmed yesterday that he would be racing at High Point tomorrow.
Simon Cudby photo

Head Turner
Star Valli Yamaha Rockstar’s Nico Izzi was on this list last week, and for good reason. Although he had yet to finish a day without crashing in at least one moto, his results were still pretty impressive, which made us wonder just how well he could do if he was able to stay off the ground. Well, Izzi answered that question last week at Thunder Valley by keeping it upright in both motos and finishing fourth overall, via 5-5 finishes. Before 2012, Izzi was unsure if he’d even have a ride for this year. At Thunder Valley, he recorded the best result of his career in the most prestigious motocross series in the world. Can Izzi keep the wheels rolling this weekend?

El Chupacabra
Last year Blake Baggett started putting in a series of amazing come-from-behind rides that would eventually earn him the nickname, El Chupacabra. Baggett’s legendary late-moto charges started at Hangtown, but people really started taking notice when he pulled repeat performances in both motos last year at High Point, despite going down and losing the use of his visor in the second moto. When he remounted, Baggett’s pace was so furious that he posted lap times up to four seconds faster than anyone else, and not surprisingly, he went on to record perfect 1-1 finishes on the day. Can we expect more of the same from El Chupacabra this weekend?

Up For Grabs
After three rounds of Lucas Oil Pro Motocross, we’ve seen three different 250 riders take overalls. As entertaining and exciting as the racing has been, it should come as no surprise, as the 250 class is jammed with talent, both foreign and domestic. With so many fast guys on good equipment racing in the same class, you just never know what could happen next. Will High Point see the season’s first repeat 250 class overall winner, or will yet another new face join the winner’s circle? 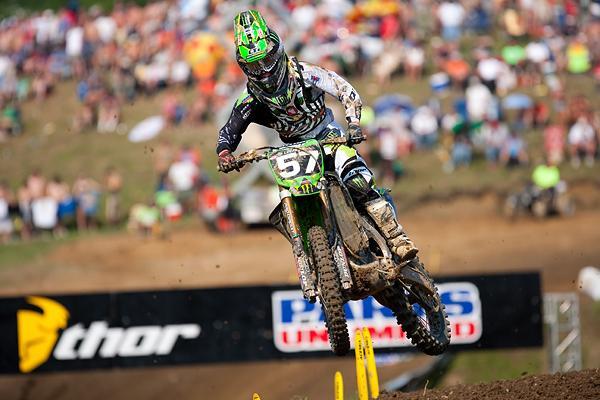 Can Baggett repeat his success from 2011?
Andrew Fredrickson photo

Breaking the Cycle
After dealing with unfortunate occurrences at the first three rounds, like weird mechanical issues and having thousands of dollars of equipment stolen from their truck, the Pennsylvania-based Eleven 10 Mods team is due for a break. What better place to turn their season around than their home soil? With Darryn Durham (who rode for Eleven 10 Mods last year) leading almost the entire first moto last year at High Point on his practice bike and Alex Martin going 13-6 for tenth overall, the team has shown that they are capable of getting good results here. Will current riders Martin and Phil Nicoletti put Eleven 10 Mods back in the top ten this weekend?

Let it Byrne
After missing supercross with a broken neck suffered when his rear sprocket broke, Michael Byrne jumped right back into competition at Hangtown. Byrne took twenty-second at the opener, but showed drastic improvement by finishing in eleventh place the following week at Freestone. At Thunder Valley, he took it a step further by putting the BTOSports.com / Butler Brothers MX RM-Z450 in the top ten with an eighth place. Will Byrne keep his upward trend going at High Point?

Return of the Wounded
After a breakout supercross season, which ended with a runner-up finish to Ryan Villopoto, Davi Millsaps carried that same momentum with him to the opening round of the Lucas Oil Pro Motocross Championship at Hangtown. A second in the first moto of the season had many gleaming of what Millsaps would bring to the table. But a crash while testing the following week, which resulted in internal injuries, would sideline Millsaps for the proceeding two rounds. This weekend Millsaps will make his return to racing at High Point Raceway. The question left remaining; can he pick up where he left off and continue his red-hot 2012 season? 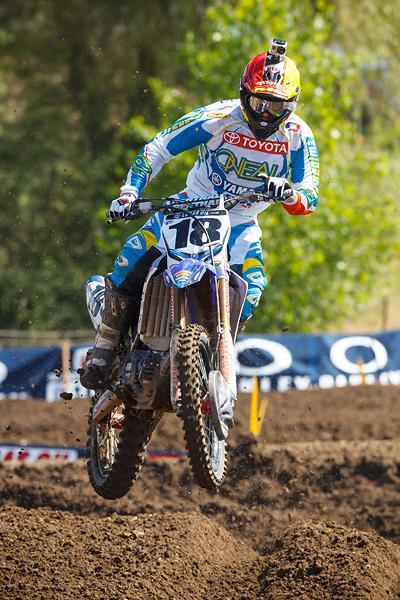 Millsaps returns to action after missing the past two rounds.
Simon Cudby photo

Can Marvin Match the Four-Horsemen?
Through three rounds (six motos) Marvin Musquin has finished fifth a resounding four times. Musquin is on the cusp but has yet to really challenge the four-horsemen of Baggett, Barcia, Roczen and Tomac. While the former MX2 World Champion has yet to fully recover from a hand injury suffered late in the supercross season, many were expecting the Frenchman to challenge for podiums early and often. Will Musquin be able to break through and capture his first career podium at High Point or does another fifth loom?

Aussi, Aussi, Aussi
Injuries have hindered the J-Star JDR KTM team throughout the 2012 Lucas Oil Pro Motocross Championship. After losing PJ Larsen to a season ending knee injury in supercross, just days before the opener at Hangtown Matt Moss had to pull out due to a problem with calcium deposits. But after missing the first three rounds, Moss will make his season debut at High Point. This will be Moss’ first race in the Lucas Oil Pro Motocross Championship since a disastrous campaign with Factory Suzuki in 2010.