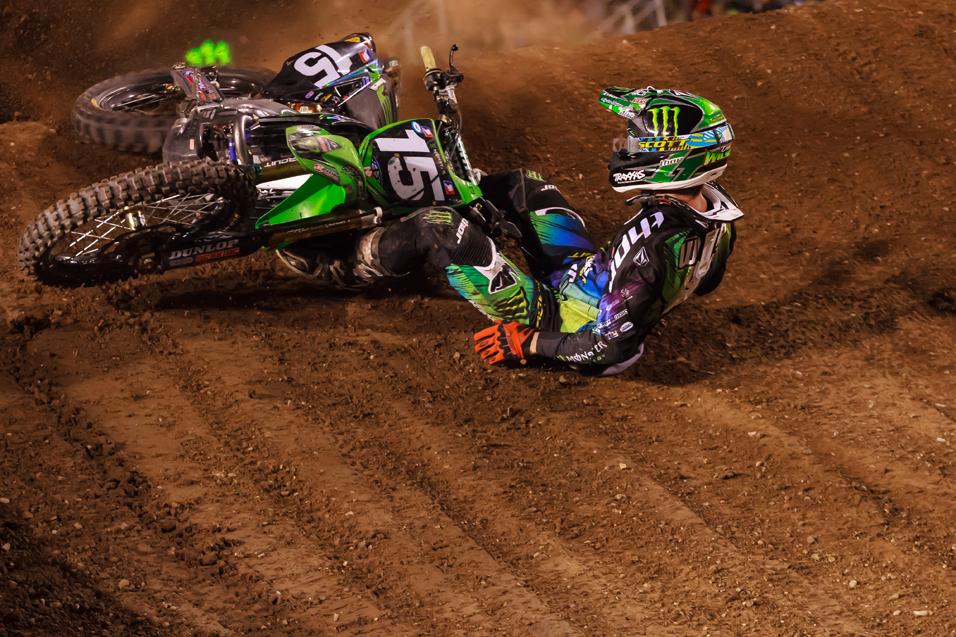 The Moment Wilson Gives It His All

April 30, 2012 4:00pm
by: Jason Weigandt
Rice-eccles Stadium Salt Lake City, UT Salt Lake City Monster Energy AMA Supercross Championship
If we learned anything at Salt Lake City, it’s that adrenaline can only take you so far. The early portions of both main events featured riders pushing the pace, riding aggressively and looking for glory. Jason Anderson jetted off with a big early lead in the Lites main, after a huge crash on the parade lap. Davi Millsaps rode superbly early in the SX main. Jake Weimer, with home crowd cheers boosting him, put an aggressive pass on Dungey to stay in contention for the win. But perhaps no one rode the adrenaline train like Monster Energy Pro Circuit Kawasaki’s Dean Wilson, who gritted through the pain of a busted shoulder for as long as he could, in hopes of staying in title contention.

Remember, for Wilson, racing at all was in question. He left the Seattle race packing an ice bag and a sling, saw MRI results that he told us “didn’t look good” and then stayed off the bike all week while focusing on therapy two-a-days. He had no idea if he could really ride until he tried it in practice, and somehow, he rode as if he wasn’t hurt, landing the second-fastest times in practice behind Red Bull KTM’s Marvin Musquin. Then at the end of practice he ran into bike problems and jacked his shoulder some more. Again, he wasn’t sure if he could race, but he suited up, dug down deep, and won his heat race. 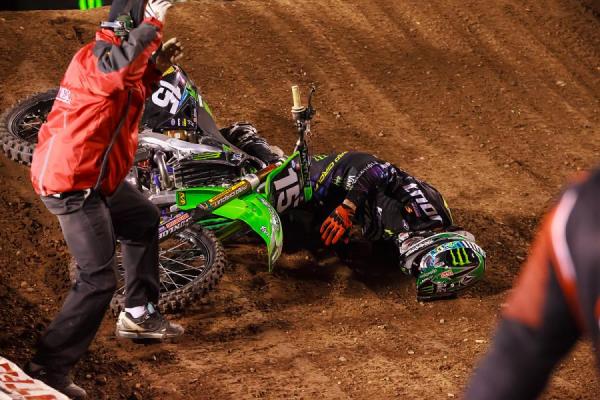 In the main, he dug deep again, making quick passes early to put a gap between himself and title rival Eli Tomac. Somehow, Dean was blocking out the pain and focusing on the task at hand. You’ve seen the t-shirt: pain is temporary but championships last forever.

Unfortunately, Dean didn’t hold on for quite that long. Tomac eventually caught and passed him, and Wilson started making some mistakes. Finally, late in the race, he swapped in the whoops and went down hard. In that one moment, his night was over, and so was his shot at the title.

“Obviously, it sucks and I’m pretty upset,” said Wilson. “But all you can do is move on from it. I just want to get healthy. I’m so sore, just sore all over. Just such an upsetting night, but I gave it all I could tonight. That was the best I could do.”

In the end, that one crash ended up making Wilson’s impressive effort for naught. Adrenaline and desire carried him far, but, unfortunately, not far enough.