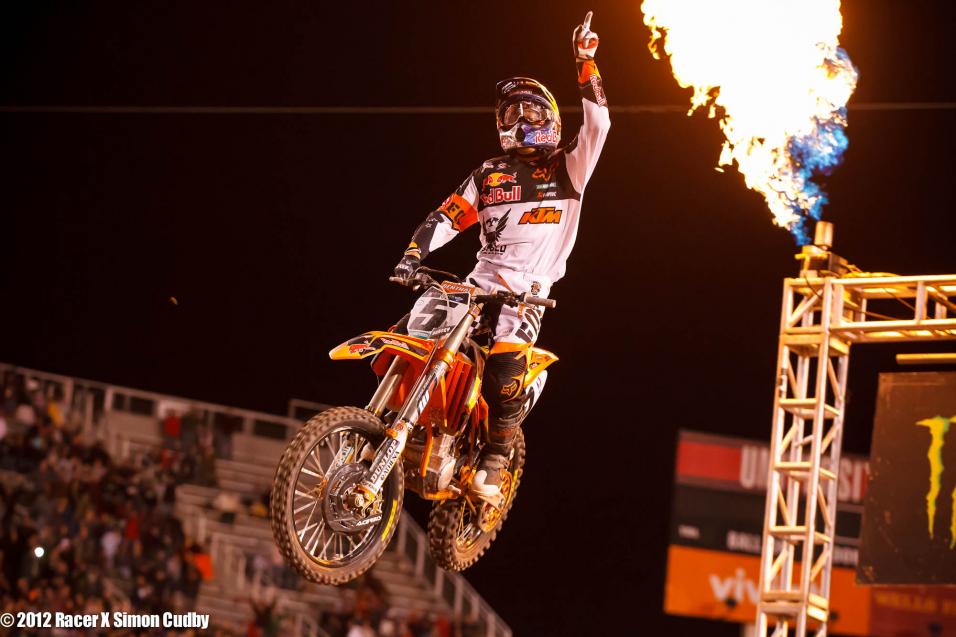 Advertisement | Advertise with Us
Rice-eccles Stadium Salt Lake City, UT Salt Lake City Monster Energy AMA Supercross Championship
It was a metaphor. As Red Bull KTM's Ryan Dungey made a stunning pass on a bottled-up Davi Millsaps just before the white flag of the 20-lap main event on Saturday night at Rice-Eccles Stadium in Salt Lake City, an overly excited pyrotechnics man squeezed the trigger on the huge ball of fire that usually marks the end of a Monster Energy SX, and not just the white flag. It came well before the real conclusion of the race, just as the titles in all three divisions of this injury-riddled tour were decided long before the true checkered flag on these proceedings next weekend on Las Vegas. Instead, it was at the white-flag round in Utah that the last title of three--the West Region Lites, ended up in a hurry, and the 450 race offered an interesting scuffle between a trio of the last top racers left out there.

I want to give it up first to Davi Millsaps, who I really thought was going to get his first win of the season after leading much of the way following a rare holeshot on the Joe Gibbs Racing/Pirelli-shod Yamaha. He seemed to have the race in the bag until the last lap.

And then there was Monster Energy Kawasaki's Jake Weimer, who seemed ready to do whatever it took to win—including getting physical with Red Bull KTM's Ryan Dungey midway through the race (after Dungey did a little of the same) and knocking the former champion down, only to then get reeled in by a pissed-off #5, the crowd pulling for the attacker all the way. Weimer wisely gave Dungey all the room he needed, electing to fight another day rather than risk instant retaliation. 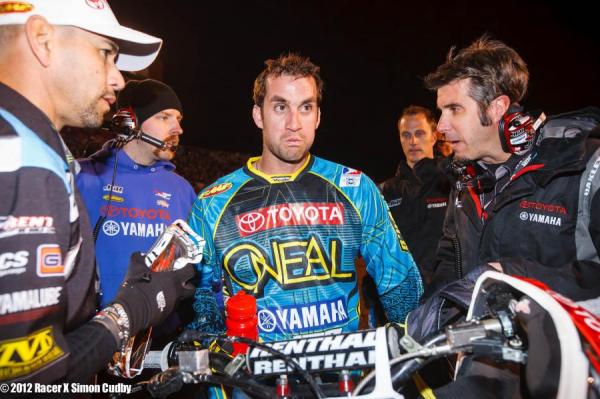 Even the BTO Sports/Butler Brothers MX guys deserve a nod for getting three riders in the main event—Matt Georke, Jason Thomas and Jimmy Albertson.

But the real workhorse was Dungey. He's had a long, busy week. He just returned to racing seven nights earlier in Seattle, and then took the time to fly to New York City for two days to help do some advance PR on the upcoming Lucas Oil AMA Pro Motocross Championships. He flew from Seattle to NYC, with a stop along the way, then home to Tallahassee through Atlanta, and finally turned around after two days and headed to Utah. He struggled with his bike set-up all day, got knocked down by Weimer, and then stayed focused on the win until Millsaps got stuck in traffic and left the door wide open.

It's too late for any of these guys to win the title—that firework went off weeks early when Ryan Villopoto iced the championship. But it was good to see these men giving in their all, and they will no doubt keep doing that right up until the finish line in Las Vegas, whether the pyro goes off at the right moment or not.