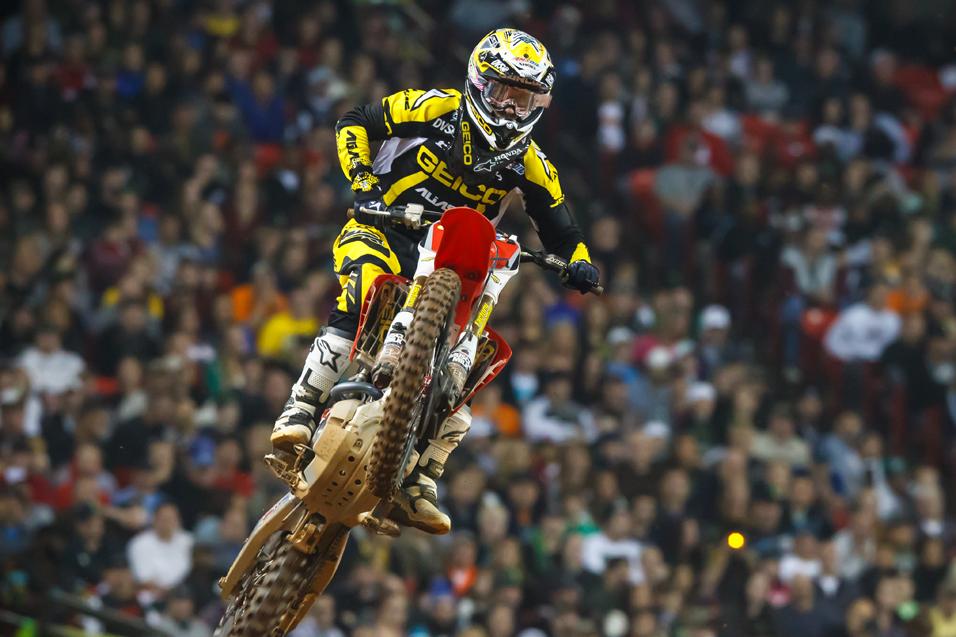 April 11, 2012 9:45am
by: Jason Weigandt
Superdome New Orleans, LA New Orleans Monster Energy AMA Supercross Championship
Putting Houston’s post-race debacle in the rear view mirror, GEICO Honda’s Justin Barcia has a good shot at wrapping his second-straight Lites East Championship this weekend in New Orleans. But Barcia has had to go about getting these East titles the hard way—the 2011 and 2012 seasons are the first where the Vegas finale contained the final points-paying round for the East. Last year, Barcia held a points lead heading into Vegas, but he didn’t have the title wrapped up early. So, he had to get through a few weeks off, and then the Vegas finale, while nursing a broken wrist, no less, to clinch the crown.

To avoid that this year, he needs to leave New Orleans this weekend with a 25-point lead. He currently has 32 on Blake Wharton and 40 on Ken Roczen. In simple terms, if Wharton wins the race and Barcia finishes fourth or better, Barcia wraps up the title. 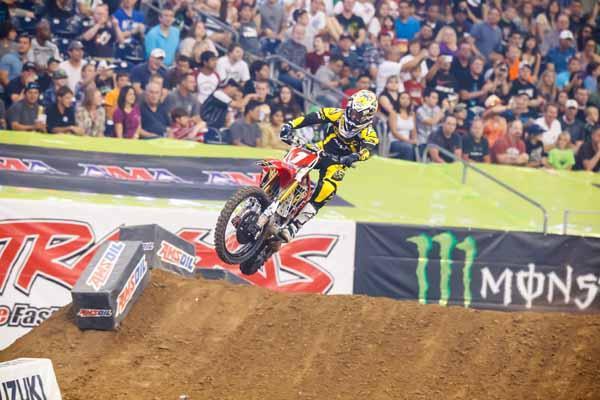 A fourth or better in New Orleans would wrap up the Lites East title for Barcia.
Simon Cudby photo

But we doubt Barcia will be racing for fourth. He’s gotten this far by going for the win, and at one point looked poised to flirt with a perfect season.

How many races has Barcia won? We did a little research:

Barcia took two wins in his 2010 rookie season, three en route to last year’s title, and has five more this year. That’s 10 career wins in all, tying him with Ivan Tedesco and Mickael Pichon for 13th on the all-time Lites list. But if Barcia can win the final two races this year and push his total to 12, he’ll quickly ratchet up to a tie for fourth all-time, alongside 125 luminaries like Ricky Carmichael, Damon Huffman, Christophe Pourcel, Ryan Dungey, Brian Swink, Ernesto Fonseca and Kevin Windham. That’s good company.

Ahead on the list sits Jeremy McGrath with 13 wins, Nathan Ramsey with 15, and James Stewart at the all-time top with 18. Barcia only has two more Lites races left in his career (the East/West Shootout doesn’t count for all-time career wins) so he can only get to 12. Makes that harsh loss in Houston loom a little larger. But like we said, we’re moving on! 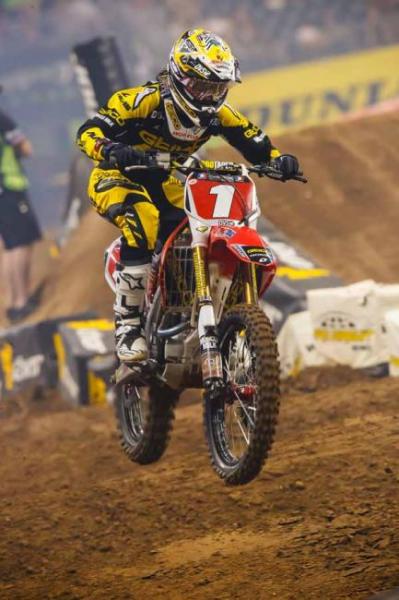 If Barcia wins out he will tie for fourth on the all-time Lites win list.
Simon Cudby photo