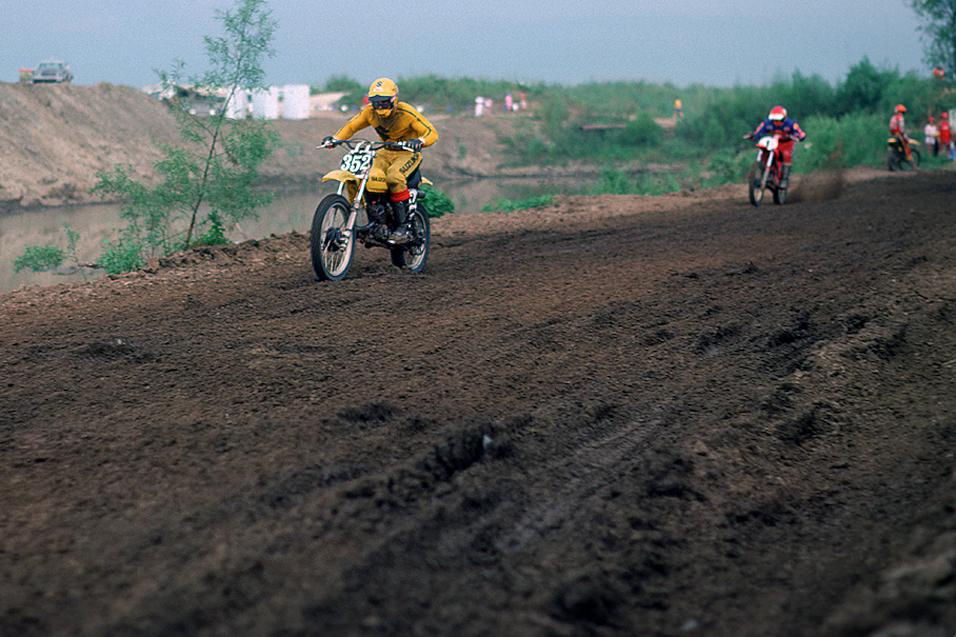 Racing on the Bayou: The New Orleans National of 1976

April 10, 2012 3:40pm
by: Davey Coombs
Superdome New Orleans, LA New Orleans Monster Energy AMA Supercross Championship
With the New Orleans SX this weekend, we thought it might be fun to dig out these old slides from the Dick Miller Archives from the 1976 New Orleans National at the old Moto-Cross West Cycle Park. To put it into perspective, when this race was run down on the bayou, along the banks of the Mississippi River, Kevin Windham was minus-two years old! To see the results of both the 125 and 500 Nationals that day, just click on these links to the Racer X Vault: 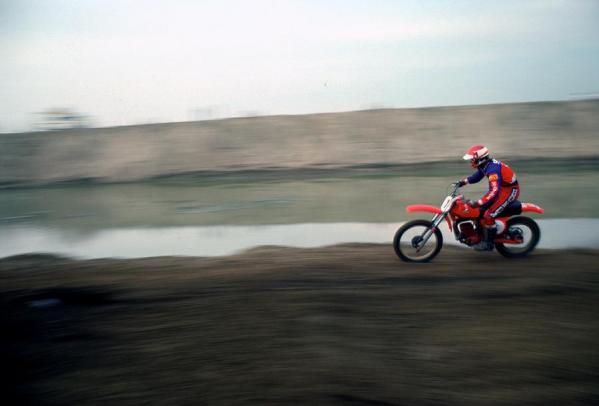 Marty Smith wore #1 in the 125cc class for the last time at New Orleans '76 as Bob Hannah had already clinched the series title. 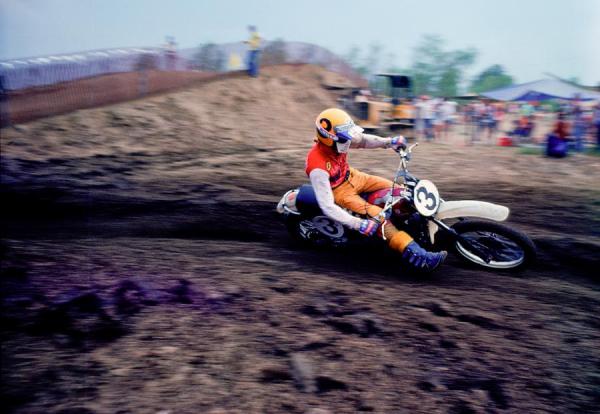 Kent Howerton clinched the 1976 AMA 500cc National Championship in New Orleans with a win on his Husqvarna. 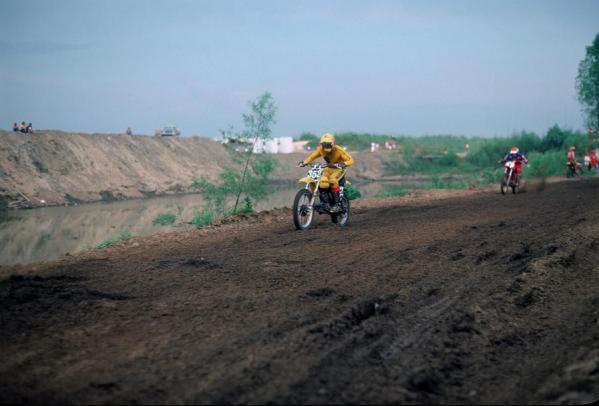 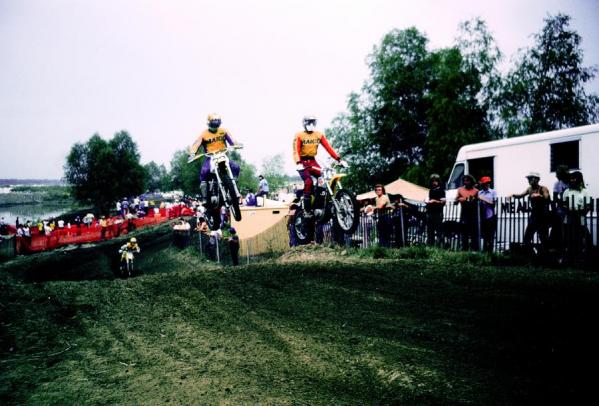 The late Gaylon Mosier (23) blasts off in traffic aboard his Wheelsmith Maico. 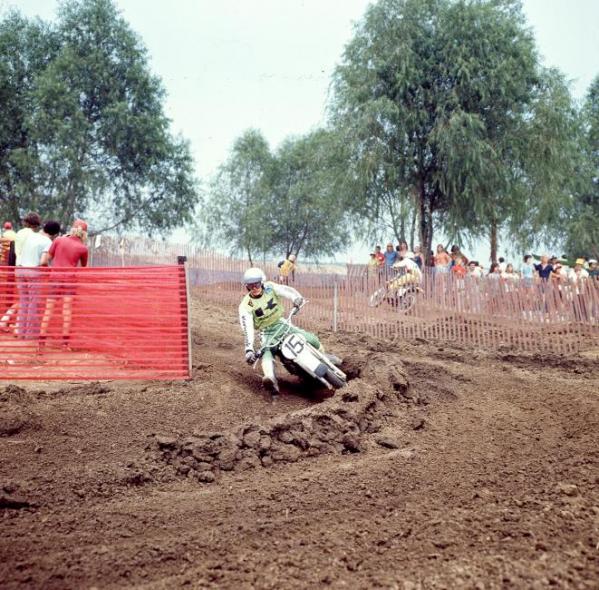 Factory Kawasaki rider Gary Semics scored second in the 500 National and displayed a killer 'stache with his open-faced helmet. 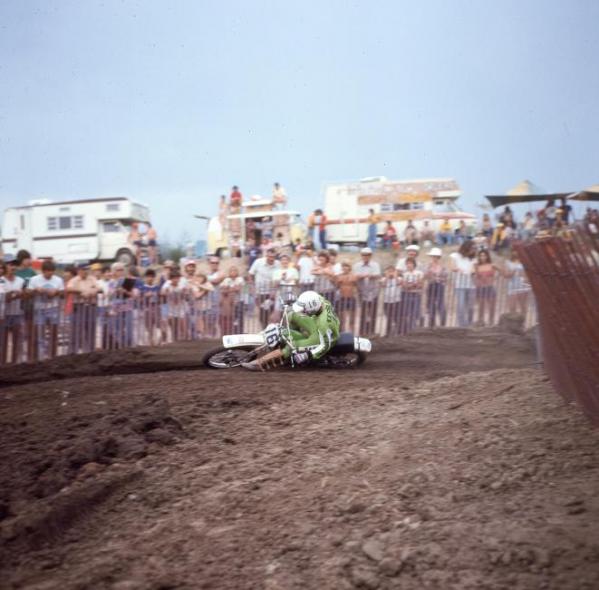 New Jersey's Mickey Kessler rode a factory Kawasaki KX125  at Moto-Cross West but broke down in one moto. 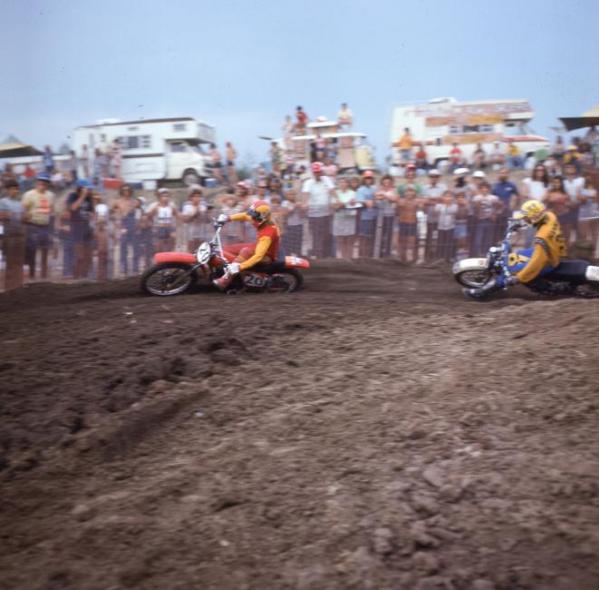 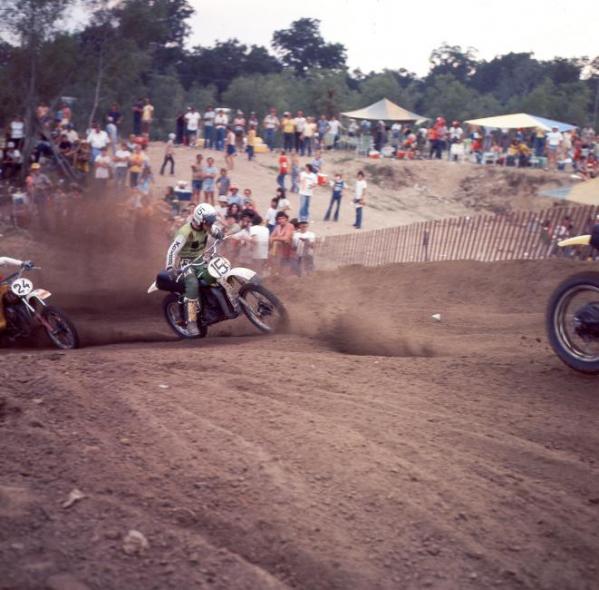 Semics leads Brad Lackey (24) out of one of the off-cambers. 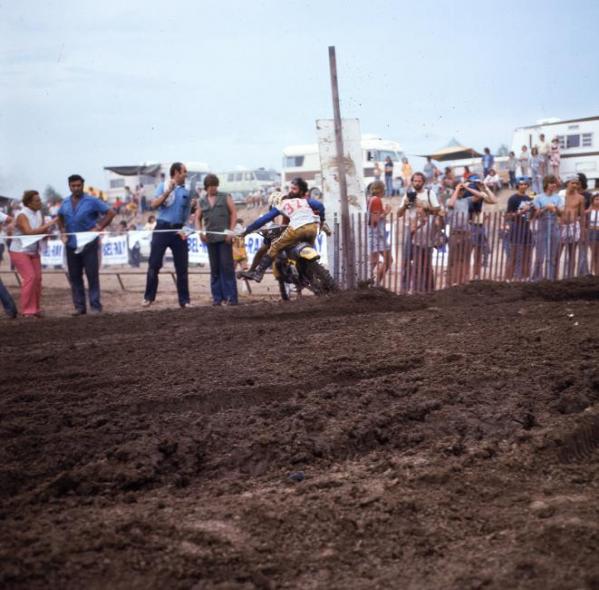 Not sure who this cat is but he's definitely not in a good spot... Can anyone ID him? Letters@racerxonline.com