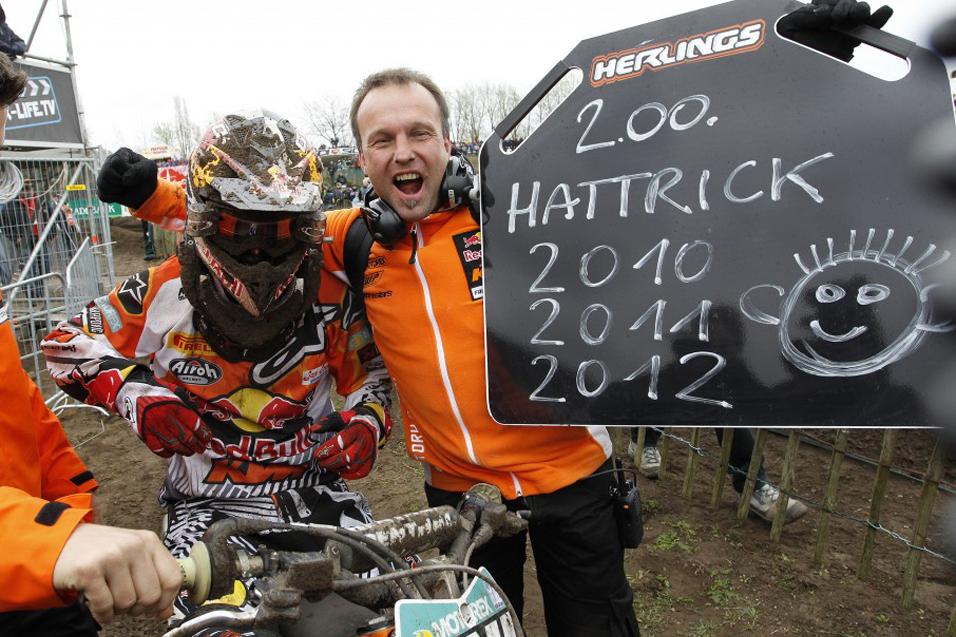 The 2012 Grand Prix season opened yesterday in the deep sands of Valkenswaard with little to be desired at day's end – in terms of the unexpected. Three-time defending champion Antonio Cairoli began yet another title defense with yet another win, his fourth at Valkenswaard. While Cairoli’s main competition faltered under the pressure, the Italian looked as strong as ever – sending a resounding message to the rest of the field that the title still goes through him.

In the MX2 class, Holland’s own, Jeffery Herlings, showed why he is considered the best sand rider of his generation. The Sandman dominated en route to his third straight overall at his home race. Most expected Herlings to walk away with 50 points at Valkenswaard and the points lead, which he did. We will know a lot more about his title chances at the next two rounds in Bulgaria and Italy – which are more hard packed.

Now let’s move to the lap charts to see how it all broke down.

Red Bull Teka KTM’s Antonio Cairoli was the star of Valkenswaard. The Italian stallion sat patiently behind Steven Frossard in moto one, waiting for the Frenchman to make a mistake, which he did, so he could grab control of the race. It was more of the same in moto two, as Desalle and Frossard held the early lead before Cairoli swooped in, grabbing the lead and the overall.

MX1 rookie Gautier Paulin was far and away the biggest surprise from the opening round. After a fourth in moto one the rookie fought back from dead last to secure a seventh place finish in moto two. Paulin was expected to excel on the big bike, and now looks to be a podium threat going down the road. 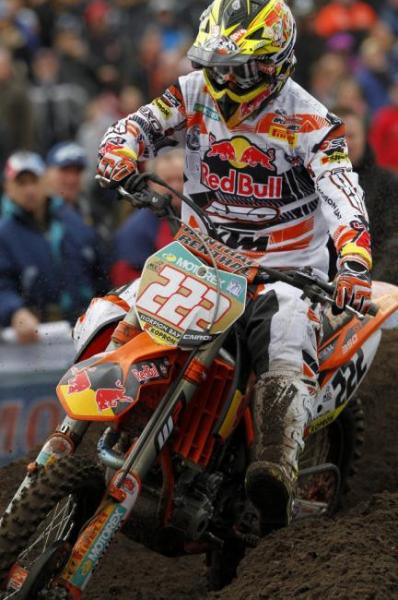 The only way Red Bull Teka KTM's Jeffery Herlings can lose in the sand is if he forgets to show up. The Dutch native continues to show he is vastly superior in the soft stuff, and Valkenswaard proved to be just another mark on the scorecard. Herlings lapped up to sixth and seventh in both motos, and won the first moto by almost one minute over Tommy Searle. He also set the two fastest laps of the day with a 1:55.606 in moto one and a 1:54.517 in moto two. Herlings' 1:54.517 was three seconds faster than Cairoli's 1:57.610 in moto two and nearly two seconds quicker than Joel Roelants 1:56.050, also in moto two. This is why people are buzzing about what Herling's could do at this year's Motocross of Nations, which will take place in even deeper sand at Lommel.

In his last season in the MX2 class, Tommy Searle continues to chase that elusive World Title that has escaped him on numerous occasions. Searle knew he needed to just survive the Herlings onslaught in the sand and wait to pounce on the hard packed tracks. Well, the Brit did just that scoring a podium finish behind Herlings and Roelants. Searle sits eight points back of Herlings after round one, a fine position for the Monster Kawasaki rider. 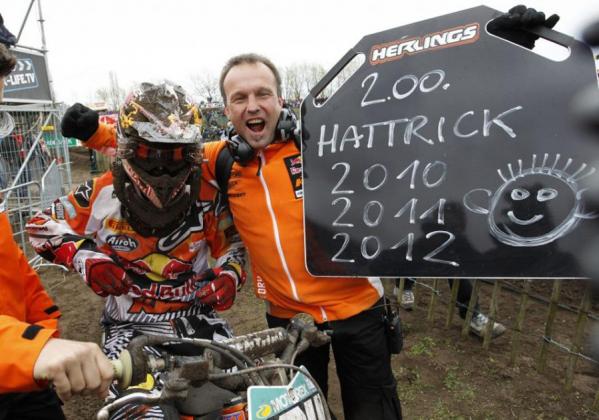