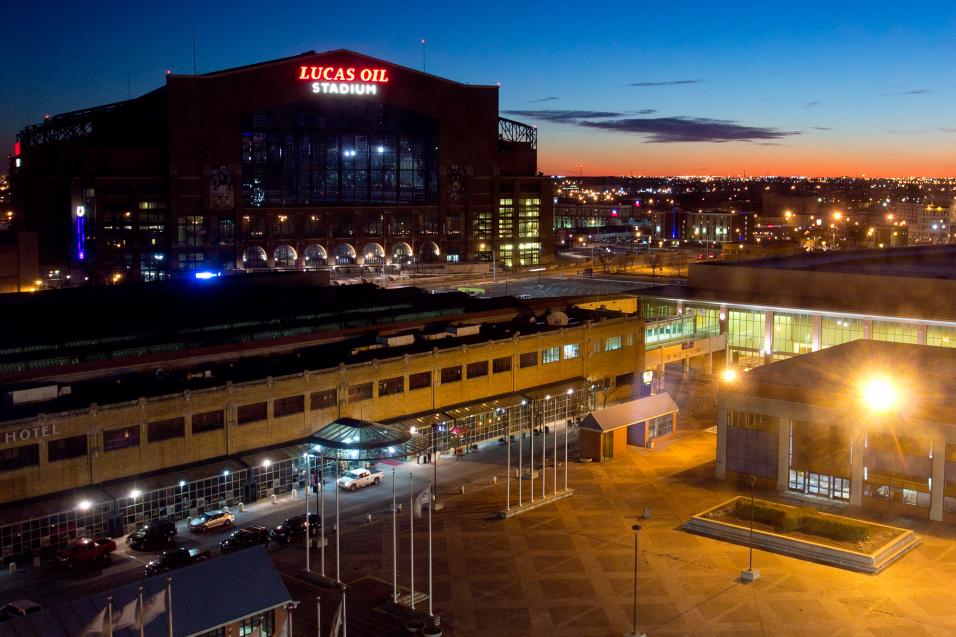 One Industries Rev Up Indy

Hello, everyone and welcome to the Rev Up. I’ll begin this week’s column with a feeling I have right now after riding my Harley Davidson. Unless you’ve been hiding under Peyton Manning’s agent’s desk, you know the weather has been one of the biggest topics of recent weeks. From tragic tornadoes to the unseasonably warm temperatures spread across these United States. I tell ya, I’ve lived in “The South” for over four years and it has never been this warm. Is it an Al Gore-esque trend or just one of those years that things trend towards the warm side? None the less, it’s been gorgeous where I reside in North Carolina, and after I finished my day’s work I skinned out with my brother, Clint, on our cruisers and we just rode. There is just nothing like being on two wheels and putting it out there in the wind. I don’t get to ride with The Wheelman very much because he simply doesn’t have free time. That said, the culmination of the incredible weather and the “live free or die” vibe of our ride put me in a mood that I haven’t felt in a long time. It’s just so great to ride. To feel the power at the end of the throttle cable as the machine pulls beneath you. But, really, it was cool to ride with my brother again like the old days. 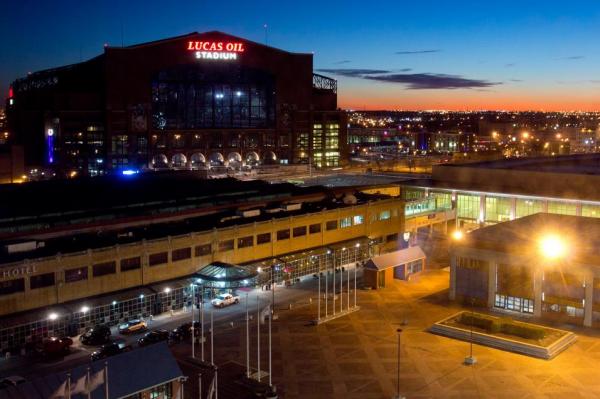 The charge heads to Indy this weekend.
Photo: Andrew Fredrickson

Home of “Iron” Mike Larocco, (who has to be one of the most underrated AMA Champions ever) Indy is also one of the most underrated cities in the country, what with her vault of racing history and cultural background. Of course there is Indianapolis Motor Speedway, home of the Indy 500, but she also hosts the U.S. Nationals in the NHRA series, the “Anaheim 1,” if you will, of professional drag racing. How many of you have ever stood witness to a pair of top fuel dragsters attack the strip? If you haven’t it then you haven’t seen shit. Did you know that if a Corvette hit the starting line going 200mph while the top fuel car sat still that the drag car would catch AND pass it at the end of ¼ mile? A top fuel dragster will burn 10-12 gallons of nitro methane in four seconds. One drop of nitro can blast a coffee table into a pile of toothpicks. It is 8,000 horsepower! Ho, ho.

Ah, that’s just a little cross over stuff for you guys. Doug Schumacher Racing’s Ron Capps, and most of the NHRA racers are avid supercross fans. What’s happened over the past few years is all motorsports fans have meshed together. What’s special to me and you reading this far is that they all admire supercross. I’ve kind of sprinkled this in all season, but as we arrive in Indy, the center of it all...well, here we are.

The charge is ready to carry the flag with an iron fist. Time for another Saturday night.

So, James went out and got one last weekend. How much difference did it make? More than you might think. Yes, it was a mudder. Yes, Ryan Villopoto went down and had a tough race, but he put forth a yoeman’s effort and didn’t lose that many points at all. But, a win, is a win, is a win. James hasn’t won a race in over a month and was going through the worst supercross series of his career. Can he come back and win the title? He sure can. Lest you forget that less than a year ago “Rambo” Ryan failed to make a main event. It can happen within the blink of an eye. In can be dumb luck, a crash, or an injury. This is a tough business. 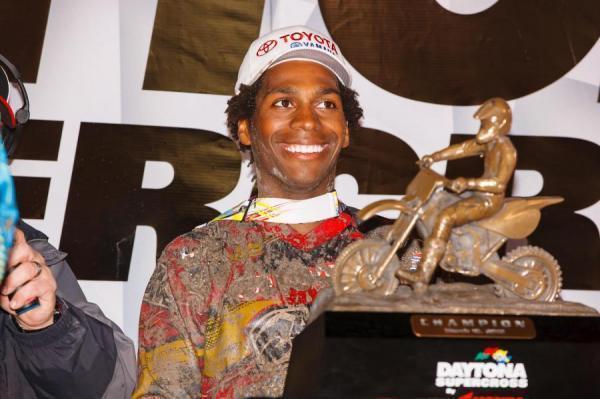 Will Stewart keep to his winning ways in Indy?
Photo: Simon Cudby

Now, who can get in the middle of this drama? Every rider on the starting gate has the potential to post negative or positive points for the two title contenders. It’s been pretty messy to this point, but the path to the number one plate has 17 stops. That is why this is supercross. Can James Stewart bring fire back to the “greatest season ever?” The odds are against him, that is for certain. But, like I said, it could get weird in a hurry.

A couple of agendas with these boys. Can Justin Barcia complete the sweep? I think he can. He’s just too strong and his bike is working impeccably. Who would have fathomed that the Hondas would beat the omnipotent Pro Circuit/Monster Energy Kawasaki horses? Things are going this way on both coasts. In that regard, what is more important to Barcia? The title or the streak? Like most of the great riders of our sport, the way they become champion is with the mindset of, “win, win, win, then wear the title belt.” Justin won’t let up until he has another #1 plate. He’s a machine and I don’t think they can stop him.

But, wouldn’t it be cool to see he and “Bad” Blake Baggett get into a dustup, possibly take each other down, then allow a guy like Malcolm Stewart, Blake Wharton, or Ken Roczen to pull in a victory? It could happen. Time, and “Bam Bam” are against them to get it done. Truly daunting task. 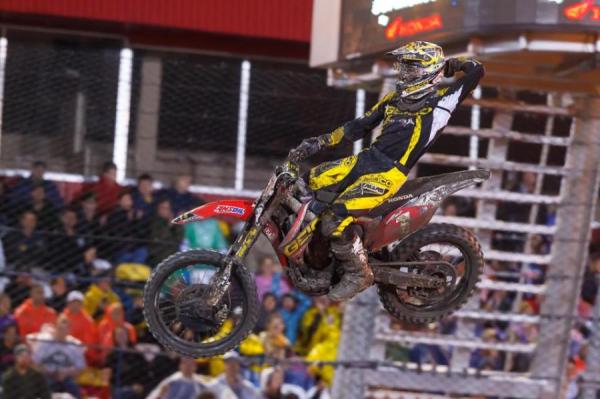 Is there a theme or any momentum rolling along with the 2012 Monster Energy Supercross series? It’s been a tale of attrition to put it bluntly. Ryan Villopoto has been the lone stalwart in a class of turmoil. But the one thorn in his side is quite the prickly one. It is a very clear and present danger to his quest. Can James Stewart carry the momentum of his win into a streak? He has to carry the grudge and move forward. This season has been more than everyone else can carry. Stewart has to clutch it like a cornerstone, and let it fly.

I thought about all of it on my ride this evening. All that’s transpired so far with the boys. But, I thought about a lot more as well. This weekend I’ll be with my family in Bristol, Tennessee. But, if you are a true fan of motorsports, you can be in a lot of places at one time. Let’s all be together this weekend and love every second of it.