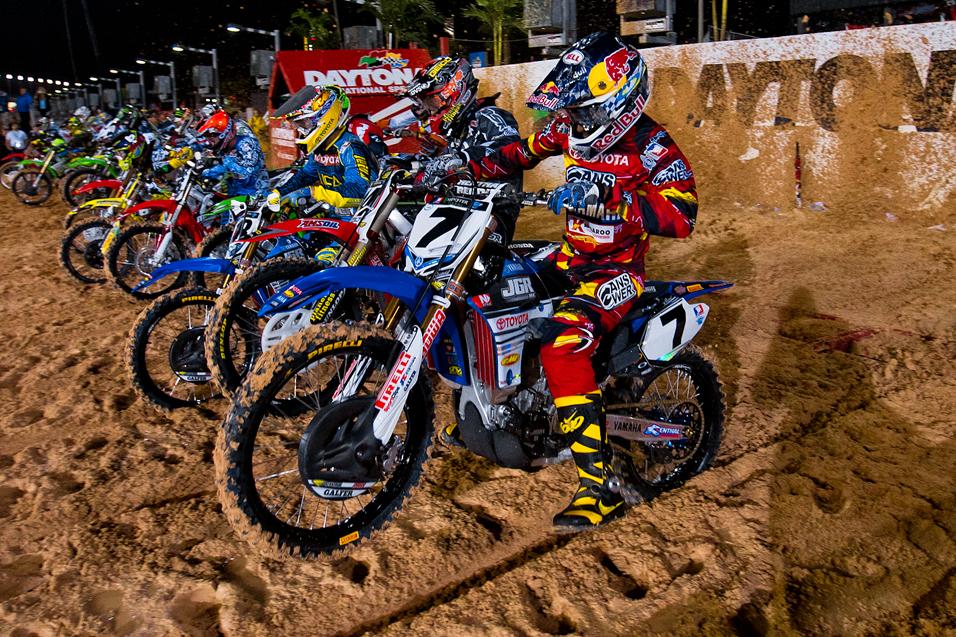 March 13, 2012 1:00pm
by: Jason Weigandt
Daytona International Speedway Daytona, FL Daytona Monster Energy AMA Supercross Championship
Last week, we discussed James Stewart’s dead last start in St. Louis as The Moment of the race. In Daytona, the start also told the story, but this time it was a very different one.

In qualifying, Stewart landed the fastest lap time and then went on to win his heat race. Kevin Windham also won his heat and actually had the fastest lap of anyone in the heat races, but Stewart’s total heat race time was quicker than Windham’s, which gave Stewart the first gate pick for the main event. That gate pick would prove extra crucial for the Daytona track, as nearly every holeshot had come from the inside gates. Stewart selected the inside—pole position in Daytona speak—and pretty much guaranteed himself, finally, a good start. 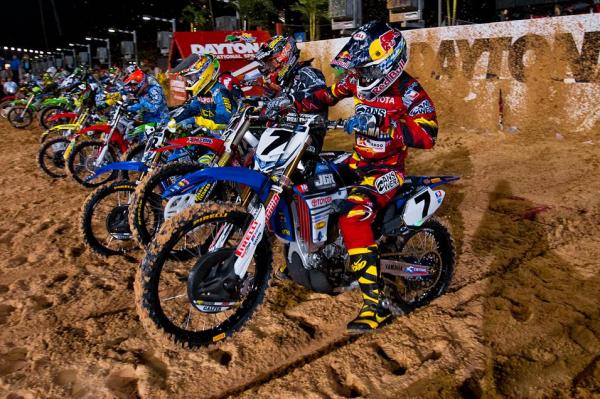 Stewart used the inside gate to his advantage at Daytona.
Photo: Garth Milan

But while Stewart and Windham battled down the start stretch for the holeshot, Stewart’s teammate Davi Millsaps, who had the fourth pick, got the jump and swooped in on both. Millsaps grabbed the early lead, but Stewart tucked right in behind, putting him 18 positions further ahead off the start than he was one week ago. From there, it was clear and JGR/Toyota Yamaha rider was going to win. Did Stewart turn his season around in just one moment? We’ll check back in with it next week to find out.