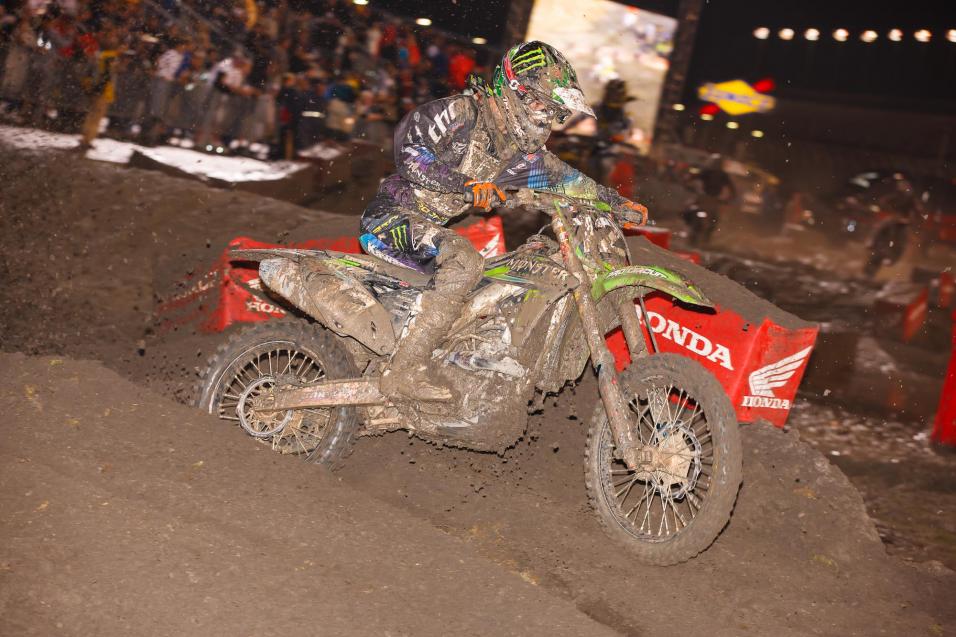 March 12, 2012 10:00am
by: Jason Weigandt
Daytona International Speedway Daytona, FL Daytona Monster Energy AMA Supercross Championship
Blake Baggett finished second in the Lites Class at the Daytona Supercross by Honda. And he wasn’t happy about it.

After the finish of the race, where GEICO Honda’s Justin Barcia just edged the Monster Energy Pro Circuit Kawasaki rider, Baggett coasted to a stop, and parked his bike. He laid his head down, visor on the bars, and started swiping at his seat. Fists clenched, he pounded on his gas tank. Then he just sat there for about a minute, frozen. Baggett wanted the win badly, and he gave it all he had to get it.

Last week, Baggett stated that he was going to start riding for the race win and nothing but the win—he was too far back in points for podiums and consistency to matter anymore. At Daytona, he carried that plan forward. Early in the race, he was catching Barcia from second place, but then fell. He was over ten seconds back, and on a sloppy course, he could have cut his losses and settled for second. But he would not settle. Over the last four laps, he dug down deep, pushed to his absolute limit, and closed back in on Barcia. 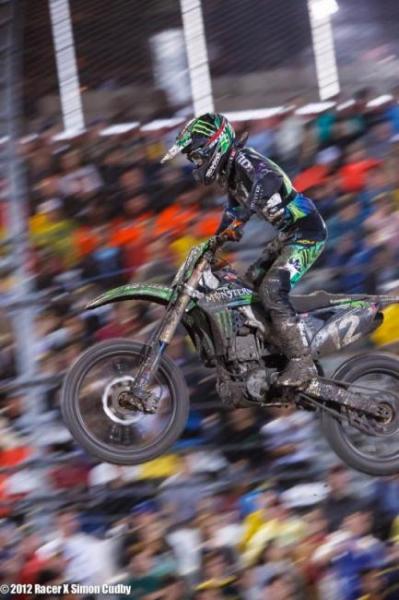 Baggett bounced back with a hard fought second in Daytona.
Photo: Simon Cudby

“Tonight was, overall, okay. But it’s a little disappointing to end up so close, but so far,” said Baggett. “I just put my head down and pretty much gave it everything I had. Once I could see him I just let it loose. He rode a solid race. I was catching him, but I came up short.”

Last week Baggett endured one of the worst races of his career, barely cracking the top ten, “I just sucked. I just got ruined by people I shouldn’t get beat by,” said Baggett

His Daytona ride was a bounce back of sorts, as Baggett proved he once again has the speed to challenge the dominant Barcia for race wins. His actions at the end—pushing to his limit instead of settling for second, and then lamenting that finish instead of celebrating for getting on the podium—shows just how badly he tried to get the W.