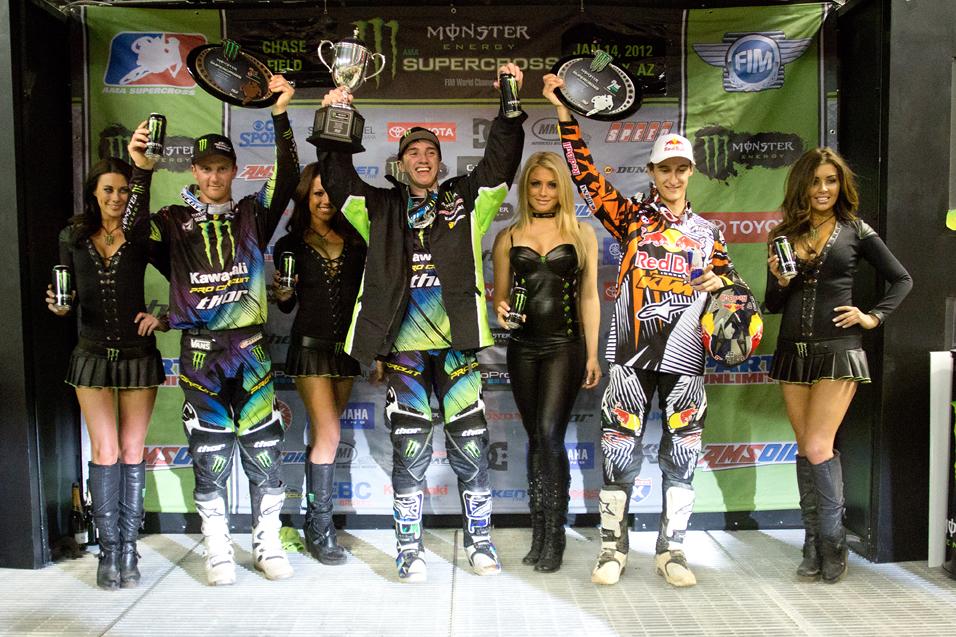 You already know who won the race, but there is so much more to it than that. The 250 Words column focuses on another story, from a different angle, because in racing, there's always more to the story than just one man standing on top of the podium.

Dean Wilson looked exactly the way many thought he would in Phoenix, only it came a week later than many expected. The reigning 250cc Lucas Oil Pro Motocross Champion was on form this time, putting in 15 solid laps to reestablish himself as a contender for the Monster Energy West Region Lites SX title. The runner-up, Red Bull KTM's Marvin Musquin, was a surprise to some—it was only his second race under the lights since moving to the U.S., but you don't win two MX2 world titles by not having both speed and tenacity. 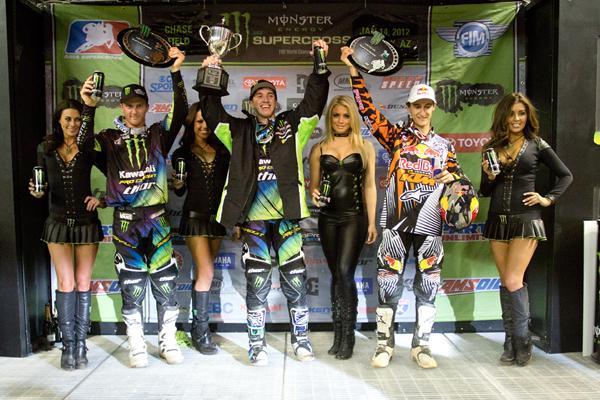 It was an all International Lites podium in Phoenix.
Photo: Andrew Fredrickson

Third-place, however, was a big surprise to me. Tyla Rattray, another former world champ, continues to transform himself into a supercross rider, which is something that many imports from the GP scene find to be a fairly bruising experience (especially his fellow South Africans Greg Albertyn and Grant Langston). But now Tyla, highy-respected by his fellow riders and well-liked throughout the pits, will take the red plate from fifth-place-finisher Cole Seely as the new points leader. Rattray is the elder statesman of this region, yet he shows continual improvement, though he's still yet to win a race. That now appears to no longer be a question of “if” so much as “when.”