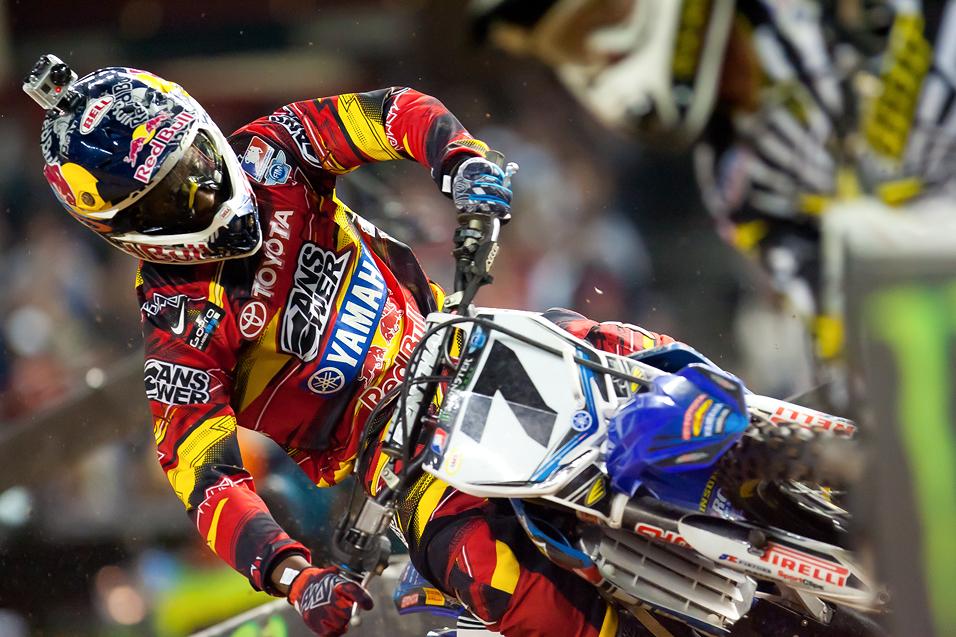 You already know who won the race, but there is so much more to it than that. The 450 Words column focuses on another story, from a different angle, because in racing, there's always more to the story than just one man standing on top of the podium.

So the monkey is finally off KTM's back (which would make it “money,” right?) and the Ryans will share the red plate, which hopefully won't cause the same brouhaha we had outdoors last year when both Dungey and Chad Reed wore red in Texas as the co-series points leaders. Dungey's start-to-finish win was a solid performance, though he did get some help from crashes by Villopoto, Reed and James Stewart. There is little doubt in my mind that RV was the fastest man on the track, and both he and Reed would have certainly been on the box without their crashes.

Stewart of course should have been there too, but the suddenly embattled JGR Yamaha rider is starting to gather unwanted attention and scrutiny for his early performances. Is he going slower? Is he taking too many risks? Is he still getting his “game face” on after sitting out racing since last May? And why were people booing him during the opening ceremonies? 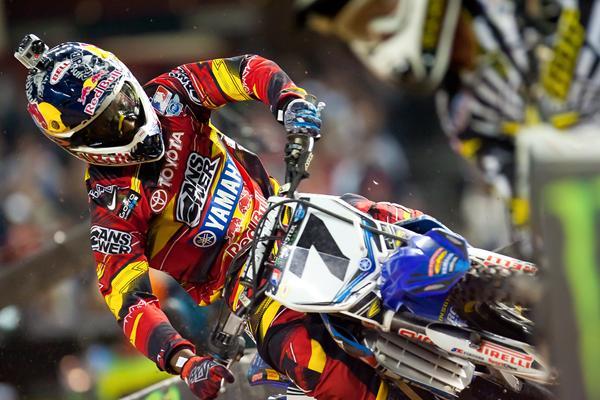 Can Stewart turn his season around in LA next week?
Photo: Andrew Fredrickson

James has always been a lightning rod for controversy, but between the unwanted buzz of “tire gate” and two straight races of crashes and missed podiums, Stewart now finds himself 17 points behind the Ryans, with Reed, Phoenix runner-up Jake Weimer, and the veterans Kevin Windham and Andrew Short in between them.

Like a lot of race-watchers, I find it hard to believe that Stewart is struggling right now to stay up and is not riding with the same comfort and confidence that we’re used to seeing from #7. I have no doubt he will turn it around, but the longer it takes to actually get that first win, the harder it will be.  James Stewart has been under pressure before, but never the kind or intensity he must be feeling right now. This coming weekend's Los Angeles Supercross might be a make-or-break race for James, who is in danger of falling a full race behind in the pits with another showing outside the top five. He's a veteran of ten professional seasons now, and this is the first time since very early on that he's been in the role he's found himself in right now: James Stewart is the underdog in supercross.