Anyone who follows the U.S. amateur moto scene was probably adjusting the color on their TV set while watching the Monster Energy Cup on Saturday night. Was that really Cooper Webb on orange? Zach Bell on red?

Indeed, while the silly season is dragging on and on in the pro ranks, deals are getting done quickly for top amateur talent. Webb, a long-time Honda prospect, is now part of KTM's restocked amateur program. The Monster Energy Cup will mark his first--and last--race on a KTM minicycle, as the North Carolina-based Webb will be a full-time big bike rider from here on out. Webb could maybe even be ready for a pro debut at Hangtown in 2012, (he will be old enough by the age requirements) but that's a long way off. Regardless, KTM is pumped to have him. 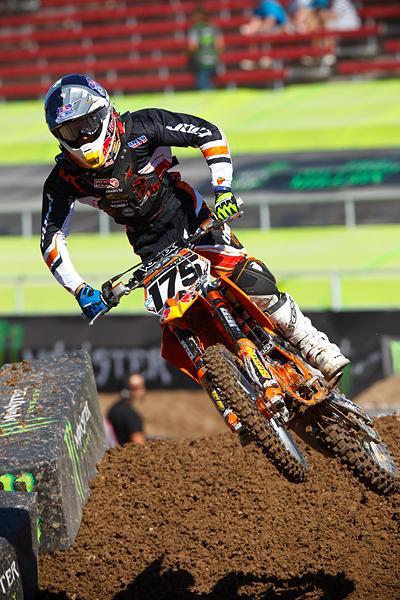 Webb made his KTM debut at the Monster Energy Cup.
Photo: Simon Cudby

KTM has also brought in Chase Bell (Zach's younger brother) and Vermont's Dakota Alix. The Orange Brigade is building a nice farm system to go with the signing of Ryan Dungey at the top. One insider said he's more scared of what KTM is capable of that any other manufacturer right now.

The GEICO Honda team, which has enjoyed great success bringing the likes of Trey Canard, Justin Barcia, Eli Tomac, Blake Wharton and Justin Bogle through the ranks, is not sitting back and watching. They have not only signed Zach Bell (the AMA Youth Motocrosser of the Year at Loretta Lynn's in 2009, and formerly with Kawasaki) but are close to a deal with a second top prospect. These new deals won't include a locked-in time schedule for a pro debut. Bell, for example, is a little bit younger than some of the team's previous amateur signings--but obviously if his amateur career continues to flourish, he'll be racing for the pro team somewhere down the road.

And of course, Kawasaki has their future set with a five-year deal with Adam Cianciarulo.

Things may be unpredictable at the top, but in the amateur ranks, we've never see such a clear path to success. 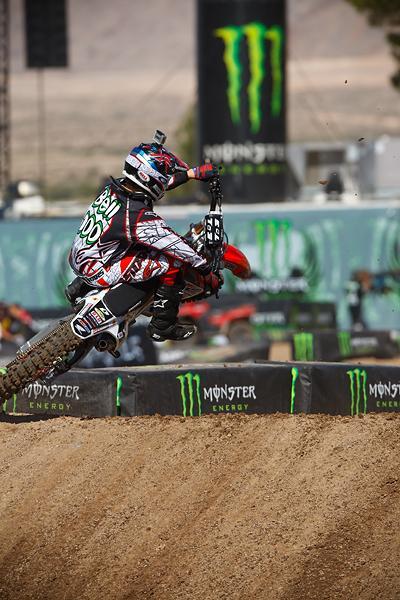