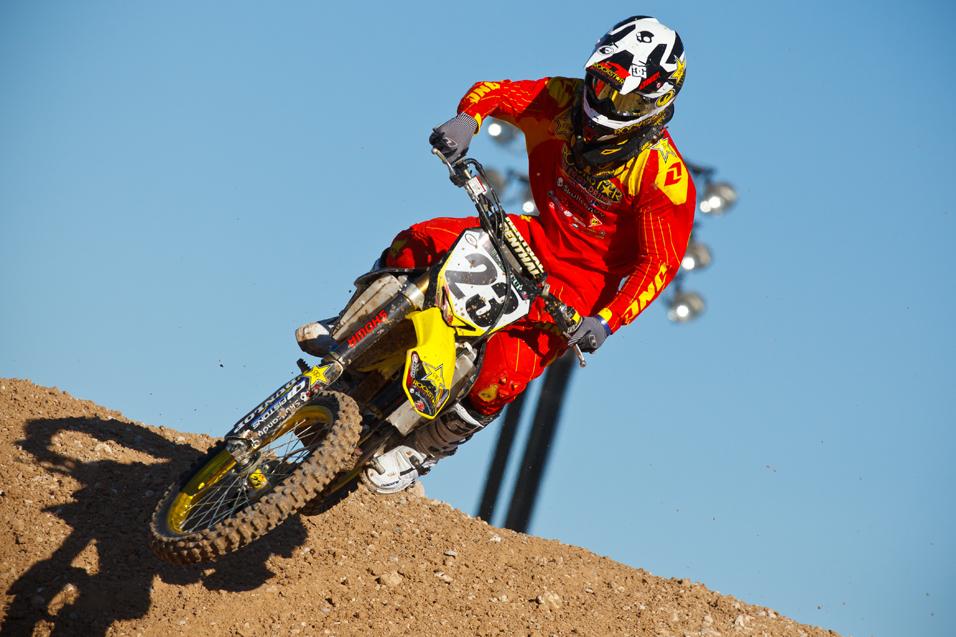 The Monster Energy Cup promised a track that would put 250 and 450 bikes on equal footing—but we never got a chance to see it. A greater byproduct of the Open Class format was the number of Lites riders who chose to race a 450 at the event. A few of them looked good doing it, so it added some intrigue to see them run with the established stars.

Rockstar Suzuki’s Martin Davalos scored the best overall result, with a quietly solid 7-7-5 leading him to fourth overall on the weekend. With only experienced 450 big hitters Ryan Villopoto, Ryan Dungey and Brett Metcalfe in front of him, Davalos had reason to be pumped after the night was over. 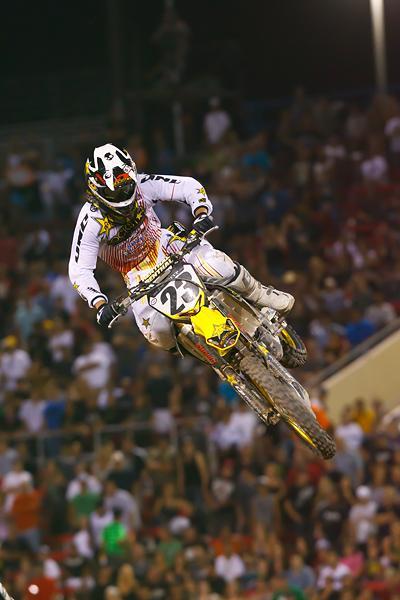 Davalos was impressive on the 450 at the MEC.
Photo: Simon Cudby

Right behind him came GEICO Honda’s Eli Tomac in his first pro race on a 450. Tomac was very impressive at times, showing the stuff to mix it up with the front-runners on his way to 5-4 scores in the first two races. Unfortunately, a crash early in race three set him back, although he recovered to finish 10th, enough for fifth overall.


Lucas Oil Troy Lee Honda’s Cole Seely didn’t have the night he wanted. Seely actually did have some 450 SX experience by virtue of a fill-in spot on factory Honda last year, but he didn’t get a chance to show it via a snapped chain in the first race. That set him back for the rest of the night, leaving him seventeenth overall. Lites West SX Champion Broc Tickle made his 450 debut but bad starts and crashes kept him from showing anything—same for his teammate Josh Hansen. Nick Paluzzi also raced on a 450 and finished 20th.

The only riders to attempt it on 250s were Kyle Cunningham, Brad Ripple, Zach Ames and Killy Rusk. Of that group, Cunningham had the best shot at making a splash, but a big crash in practice knocked him out of the event. 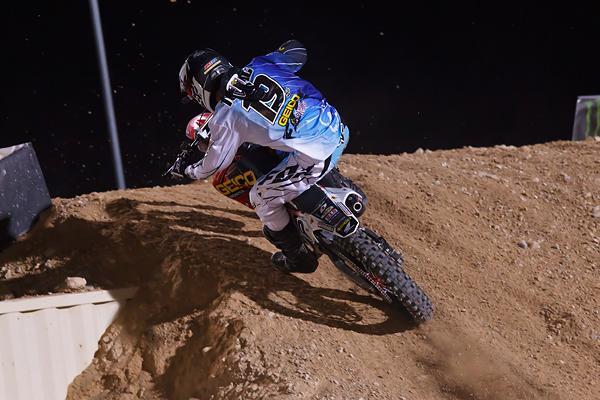