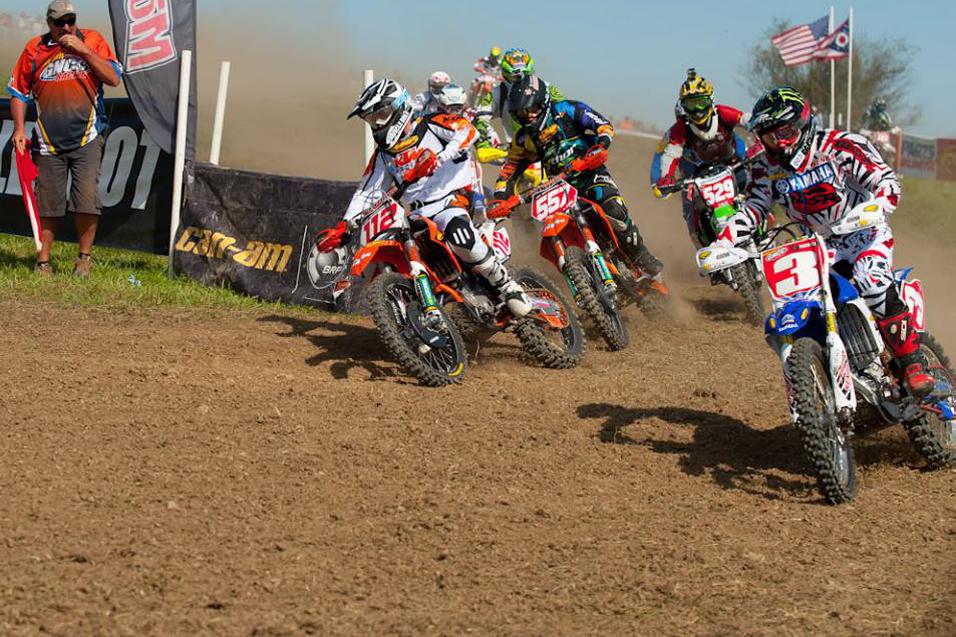 With one of the most closely contested points battles in XC1 Class history coming down the stretch run, massive crowds embarked on Powerline Park in St. Clairsville, Ohio for round twelve of the Can-Am Grand National Cross Series (GNCC). Points leader Charlie Mullins had built a 17-point lead over defending champion Josh Strang, with Paul Whibley trying to stay within striking distance—25 points down—and 30 points are available for a race win. But this round would belong to XC1 rookie Kailub Russell. After getting around Mullins on the second lap—due to Mullins stalling his bike—Russell would cruise home to his first career XC1 overall, with Mullins recovering to finish second, and extending his points lead in the process.

With Russell spoiling the championship party—and Mullins running a clear-cut second—the battle for championship hopes was raging between Strang and Whibley, with Thad DuVall playing the role of spoiler. The three would bang bars all race long with DuVall and Whibley bringing the ruckus all the way to the final corner with Whibley getting pushed out wide and colliding head first into a small tree. Whibley would recover to outlast Strang, but lost valuable championship points with his fourth place finish. Mullins now holds a 26-point lead over Strang and a 32-point lead over Whibley with just three rounds remaining.

Now onto the lap charts, brought to you by Motion Pro, to see how it all broke down. 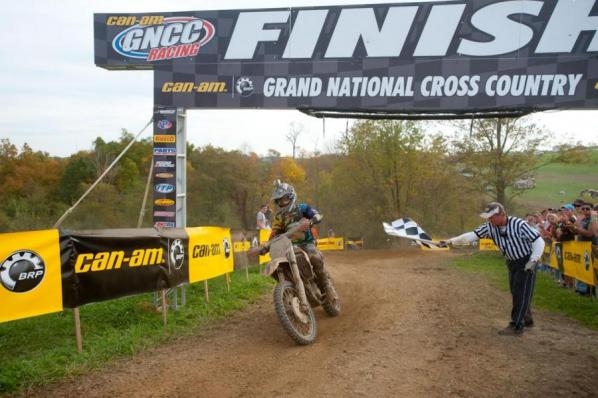 Russell would set the fastest lap of the day en route to his first career victory
Photo: Shan Moore