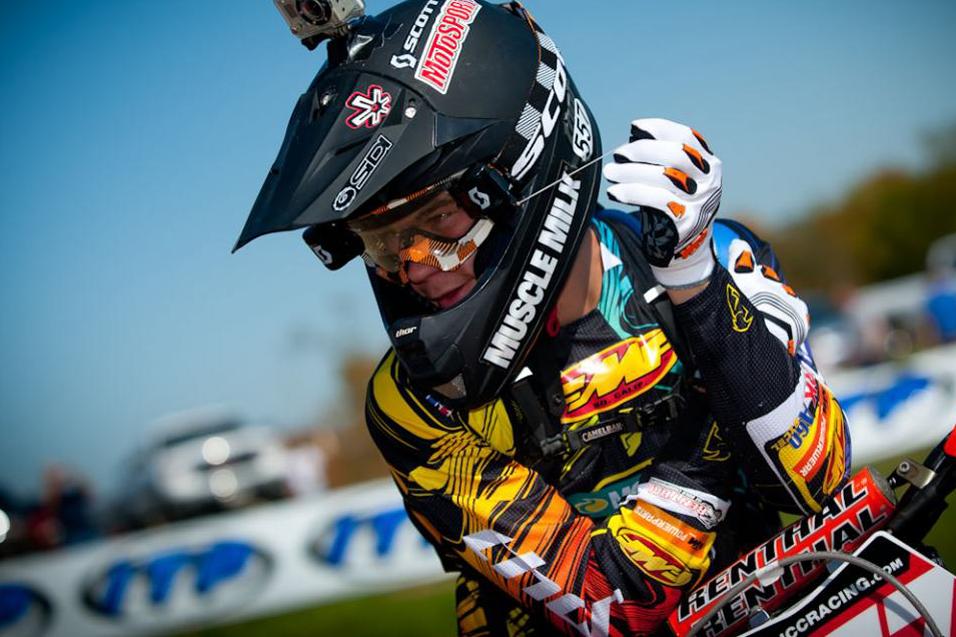 Advertisement | Advertise with Us
For two years, FMF/KTM Off Road’s Kailub Russell dominated the XC2 Pro Lites divison in the Can-Am Grand National Cross Country Series (GNCC) before making the step to the premier XC1 class this year. Rather than moving to the KTM 450 like teammate Charlie Mullins, Russell opted to try the KTM 350 XC-F in the woods. After a slow start to his rookie season, KR557 finally put the 350 in the center of the podium for the first time in GNCC competition, while also capturing his first career overall win over the weekend. But while you’d expect him to be super pumped over his first ever win in the big class, he already has bigger goals. Russell checks in after a nearly flawless performance at the ITP Powerline Park GNCC in Ohio--round twelve of the series.

Racer X: It’s been a long time coming and you finally got your first win this year, how does it feel?
Kailub Russell: I just don’t get excited or worked up over things like that. I mean, it’s cool to win but at the end of the day it’s just a race-win, it’s not like it’s a championship or anything. I’m definitely pumped to get the win out of the way and I’m just going to keep doing what I’ve been doing and hopefully I can finish out the next three races either getting another win or just staying on the podium and being consistent.

You made the move to the KTM 350 XC-F this year, getting the first GNCC win on it. Do you like the bike?
I feel like the KTM 350 XC-F is a good bike for me, coming off the 250 going straight to the 450 is a big step. Even though I was riding a 450 while I was on a 250, I feel like when the 350 came out it benefitted a lot of people like myself, because I’m a smaller guy in stature. I feel like it’s a good bike for the woods because I can’t remember a time when another 100cc in the woods is necessary. The bike is good and the team is good, I’m going to ride it again next year and hopefully we can do some more winning on it! 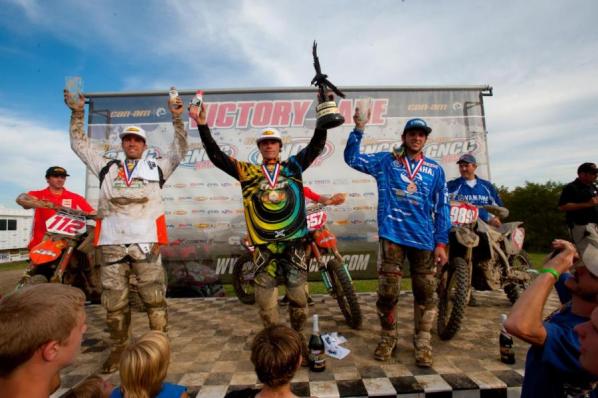 Tell us about the race.
The race went pretty good. I got into the lead after Charlie [Mullins] stalled his bike and then I tried to charge and pull on him, but I never could on the first few laps that I was in the lead. Right after we gassed [pitted], he must have made a couple mistakes and I kind of put a little gap on him and I ended up increasing that gap even more. The next couple laps I had some pretty good lap times and I was just trying to stay smooth and consistent and not make any mistakes myself.

Your gap definitely increased as the race went on. Where do you think you made that time on Mullins?
I just think the track was really hard packed and slick and you had to take your time everywhere. I think just being patient and cautious was a big key to the race. I never had a mistake the entire race; it was a really good day for me and I never hit the ground. I had a couple close calls, but all in all I never made a huge mistake or bobbled to lose any time.

That was my next question. It seemed like this track afforded mistakes quite easily with the tricky sections if you weren’t careful.
Yeah, that was the key to this race because that mud hole is really tough and you have to be smart when you get there and just take your time and not get in too big of a rush. When you get in too big of a rush, things start happening really quick and they kind of lose control, but if you stay calm and handle it you’re better off. You have to be like that with the whole track because the track was super slick and hard packed and most of the track was single track sections that were actually really good and had some really nice dirt, but it was just a really tricky course. It wasn’t the toughest course I’ve raced but it was definitely one of the slickest.

Your FMF KTM Pit Crew was on their game in the mud hole, literally pointing you guys where to go. The last lap Antti Kallonen (Team Manager) pointed you around the mud hole, did you think twice about it or just go?
I thought they were getting ready to point me right to the middle and I was like, “Whoa that’s weird I haven’t went there yet, why would I go there now?” [Laughs] I finally realized that they were pointing me around and it wasn’t a big deal to me, I kind of figured that would happen on the last lap because there were so many people that had left and there wasn’t a lot of help so it would be a tricky situation to go somewhere. I might get stuck and there not be any help to get me out. 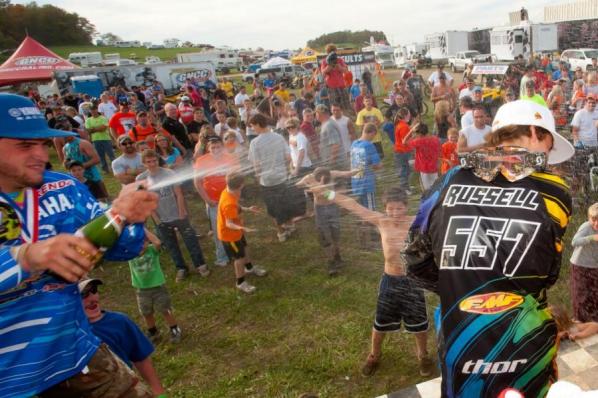 GNCC is unique from anything else because spectators and crew members actually get involved in the race. Does that help? Or would you rather choose your own lines?
It’s definitely good that spectators can help. I mean, in certain situations they can help out a lot, but then again they can hurt you a lot too. Some of them are out there just to have a good time and they’re waiting to see people get stuck and put you in a bad line, but that’s why we walk the track and check out all the tricky sections. That way you know what line you’re going to take and where it’s going to get bad. If you happen to get stuck, it’s awesome that they can come in and help. And they love doing it, too!

By next season you will have a solid year’s experience in the XC1 class, do you think you’ll be lining up for the title in 2012?
Yeah I mean, I don’t see why not. It takes a lot of hard work and dedication to put yourself in the position to be with those guys week in and week out. I’ve really stepped up to the plate these last couple months and got myself into really good shape and it’s paying off. My riding is showing and my results are showing as well. I don’t see any reason why I shouldn’t and can’t be up there with Josh Strang and Paul Whibley.