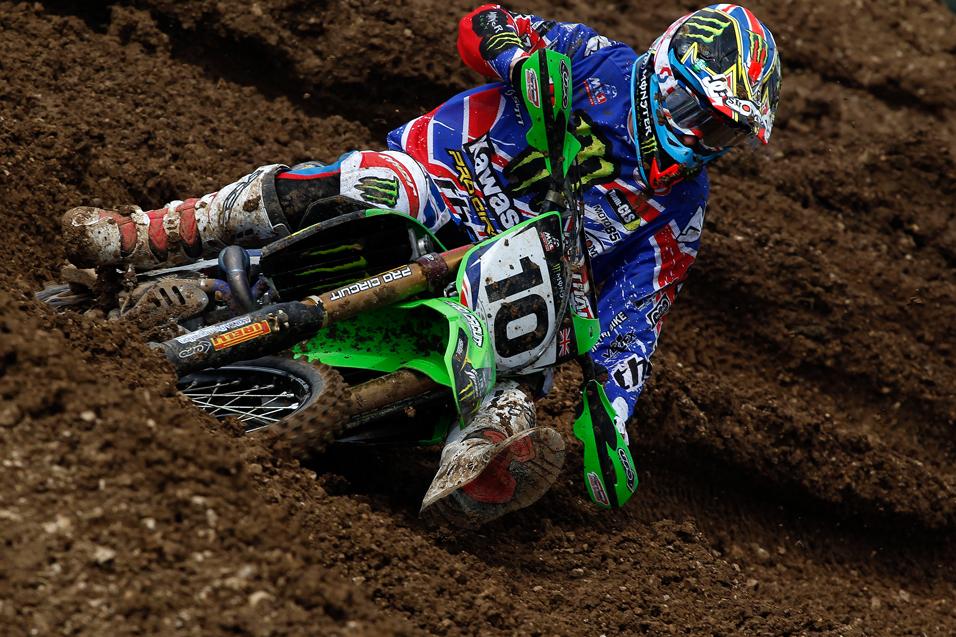 Advertisement | Advertise with Us
St. Jean d'Angely St. Jean d'Angely, France Motocross of Nations Motocross of Nations
In 2008, Trey Canard won the AMA Lites East Supercross Championship in his rookie year of competition. Good for Trey, but his championship tripped a rule that says Lites SX riders can only defend their title for one year before being forced into the 450 class. Most figured he wasn’t ready to move up so soon.

So the rule ended up being changed before the 2010 season, and riders wouldn't be forced up unless they’ve had three years in the Lites class. But a funny thing happened with Canard a few months later: he ended up racing a 450, anyway, as a replacement for the injured Andrew Short, and placed the big bike on the podium nearly every time he rode it. 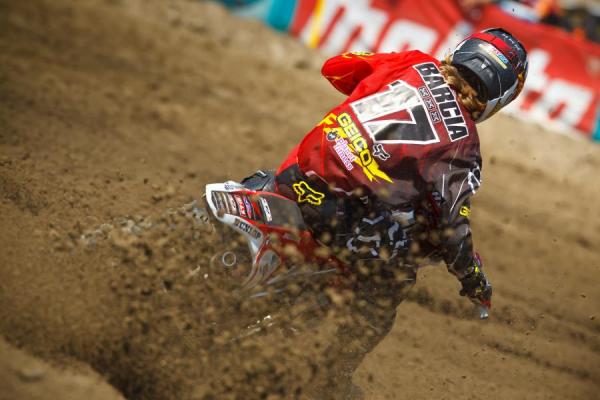 Barcia wasted little time getting adjusted to the 450, falling just short of an overall at Pala.
Photo: Simon Cudby

Lately, there seems to be something about putting the Lites riders on the big bikes. This year Honda gave Lucas Oil/Troy Lee Honda’s Cole Seely a shot on the 450 and he did well, delivering a pair of top-ten finishes. Then came Justin Barcia’s absolute revelation on the big bike outdoors, coming up just two laps short of an overall at the Lucas Oil AMA Pro Motocross finale at Pala.

Last weekend at the Monster Energy Motocross of Nations, a bunch of MX2 (250) riders had to bump up to big bikes to make a better fit for their team. And they acquitted themselves well. For Frenchman Gautier Paulin, it’s clearly time to move up, as he won the second moto overall riding his YZ450F. Paulin also won the second moto on a 450 at the 2009 MXoN, and he’s now signed to race the MX1 Championship next year. A big guy, Paulin should be better on the 450 than his 250.

While Paulin is already signed to a 450 deal, Tyla Rattray is working on a similar scenario in the U.S. He rode a 450 at the MXoN and took second overall in the MX1 class behind Ryan Dungey via 5-3 scores. Right behind him came Tommy Searle, who battled Rattray to the wire for the 2008 MX2 Title. Searle went 4-4 for the Brits, enough for third overall in MX1. Tommy, however, will return to the MX2 division for 2012. 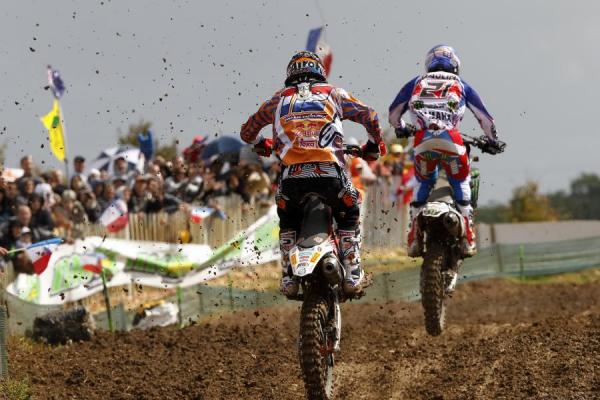 Paulin (front) and Herlings (rear) found the adjustment to the big bikes easier than most as they finished 1-2 in the second moto at the 2011 MXoN.
Photo: Ray Archer

Then there’s Dutchman Jeffrey Herlings, second to Ken Roczen in the MX2 Championship. The 16-year-old Herlings moved up to a 350 for the event, and ran up front with Paulin for the entire second moto, eventually taking second by holding off a strong challenge from Ryan Villopoto. That battle may have taken it all out of him, as the kid didn’t have the same performance after the short break for moto three. He took ninth. That was still enough for third overall in the Open class, impressive because Herlings won’t turn 17 until December!

Of course, Ryan Dungey turned in the gold “bumping up” standard at the MXoN in 2009. In his first ever pro motocross race on a 450, he went 3-1 in the MX1 class to lead Team USA to victory. Seems if you want to find a good 450 rider, go grab someone from the 250 class!