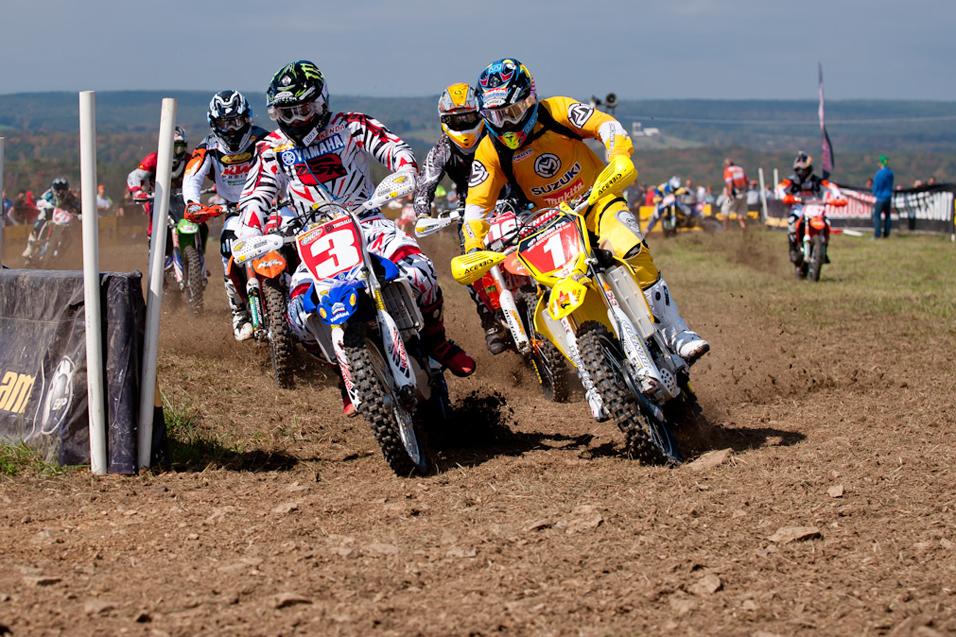 September 26, 2011 4:30pm
by: Chase Stallo
A devastating crash at Unadilla and a subsequent last place finish had defending XC1 Pro Champion Josh Strang on the ropes as round 11 of the Can-Am Grand National Cross Series (GNCC) invaded the treacherous rocky landscape of the Mountain Ridge ATV Resort in Somerset, Pennsylvania. Always the opportunist, Charlie Mullins was there to take advantage of Strang’s crash with his third win of the season—regaining the points lead as Unadilla faded in the rear-view mirror. Strang looked to rebound at Mountain Ridge, as he and Mullins would once again battle for supremacy atop the GNCC food chain. But it was Mullins’ FMF/KTM teammate Kailub Russell out front early on, with Strang rounding out the top-three. Mullins would eventually pass Russell for the lead and use a late crash by the XC1 rookie to extend his lead and claim his second consecutive overall—fourth of the year. With the win, Mullins now holds a seventeen-point lead over Strang with four rounds remaining. In the XC2 Pro Lites Class, points leader Steward Baylor Jr. would struggle to a fifth place finish but continues to hold a commanding twenty-nine-point lead over Jason Thomas (not the one you’re thinking of). Now onto the lap charts, brought to you by Motion Pro, to see how it all broke down. 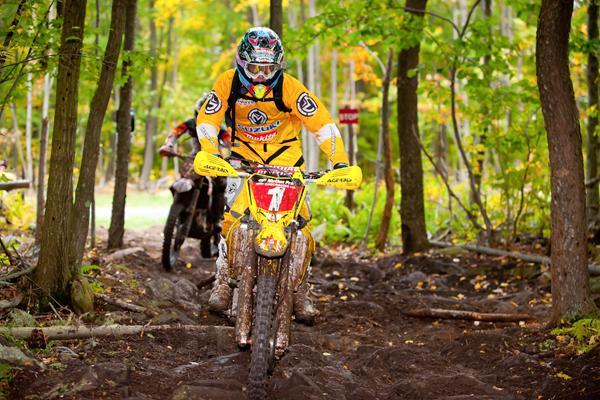 Strang would set the fastest lap in the XC1 class.
Photo: Shan Moore

(Update Sept 27: Yes, everyone turned in their fastest lap of the race on lap 1, which is actually slightly shorter than the rest of the laps due to the location of the starting and finish lines).