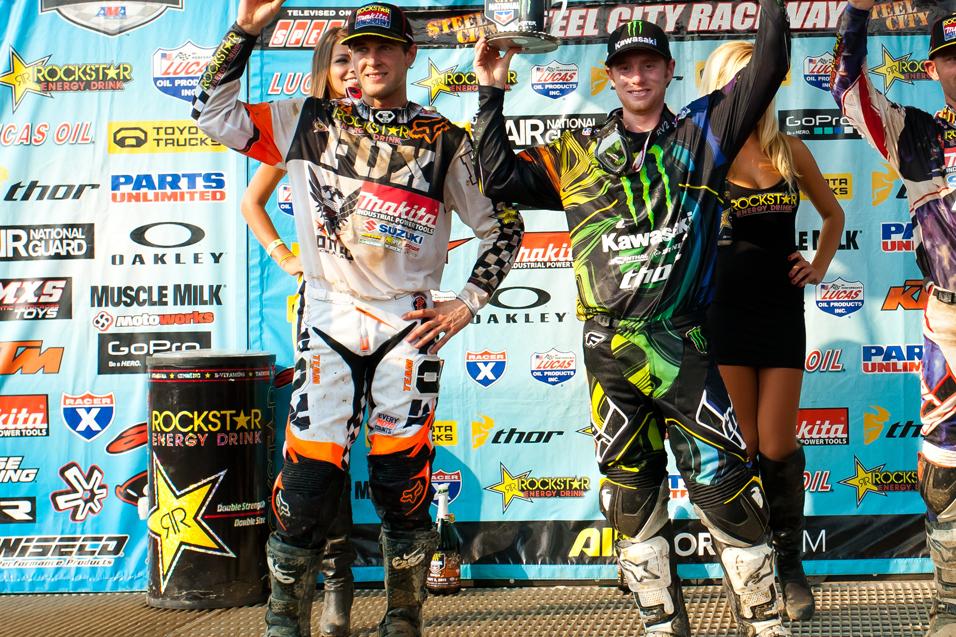 Advertisement | Advertise with Us
What makes a motocross champion in America? Is it pure natural talent? An extraordinary work ethic? A parent or parents? The right mixture of desire and humility? Luck? All of these things, as well as the ability to stay healthy and focused?

Needless to say, it's probably all these things and then some. And for prime examples, we can look at Ryan Villopoto and Ryan Dungey. Together, these two have become the elite American premier-class riders on the American Motocross tour. (Full respect to Chad Reed, who was leading the title hunt before his remarkable crash in Minnesota, and Tony Cairoli, the gold-plated multi-time world champion—and the rest of the world's best big-bike riders—but this is about the U.S. system.) 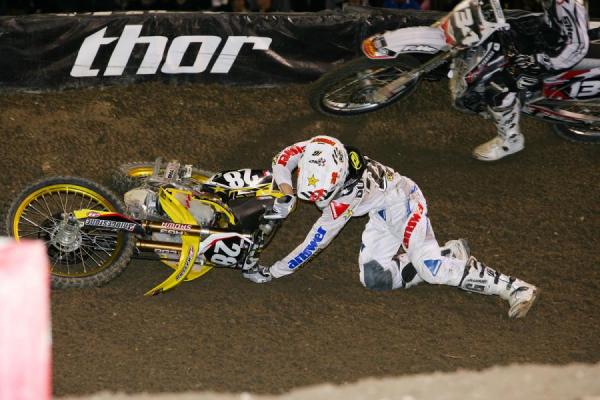 In the last few years, while other U.S.-raised riders have fallen by the wayside as a result of injuries, inactivity, distractions, and self-destruction, Villopoto and Dungey have together risen to a level of leadership, though not necessarily dominance, in both AMA Supercross and AMA Motocross. They were #1 and #2 for a reason, though next year it will likely be #1 and #5 in both disciplines.

They share a passion for winning, as well as a hatred of losing. They have obvious maturity, but not so much that their tempers don't flash from time to time. And they carry themselves with an obvious confidence around the racetrack and the paddock that is not overbearing, yet for both it is well earned—and often won.

It seems almost silly now to think of how Villopoto used to get into it with Jason Lawrence like he did before Hangtown a few years back, or Dungey’s own little war with J-Law when they were going for that Lites West SX title not so long ago. Both Ryans have matured into solid, hardworking, and highly successful professional athletes. But some of the young challengers they came up through the amateur ranks with—mostly following behind them, it should be noted—are no longer among the true title contenders.

You can count RV and RD’s combined Loretta Lynn’s titles on two fingers. Each won a single one in 2005. Since then, however, you’d need every finger of both hands and then some to tally their professional titles, with another one on the way. The guys they used to lose to at the ranch? Well, then you're back to just a couple of fingers when you're counting pro championships. 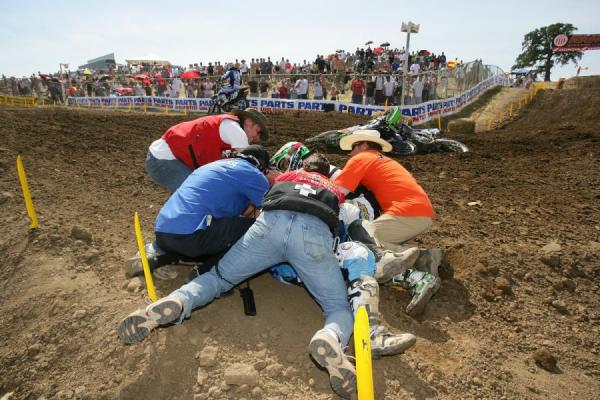 Villopoto and J-Law have had quite the history.
Photo: Simon Cudby

Team USA has a six-year winning streak at the Motocross of Nations. In the last five, the Ryans have led them to wins—yet they have never teamed up together, as Villopoto spent the last two Septembers injured. Barring disaster this weekend, they will line up together in France next weekend, along with Blake Baggett. That's a very formidable team.

But there's a title to settle before then, and it should be no surprise to anyone who follows American Motocross that it's down to these two young men. Dungey somehow stayed in it with his Southwick comeback, but Villopoto definitely has the upper hand after his remarkable last-turn pass at Steel City. Great stuff from both of these guys.

Here's the thing I've been getting at: If someone had told you a half-dozen years ago what a couple of decent but unexceptional prospects from Washington and Minnesota would accomplish together in SX/MX, would you have believed it?