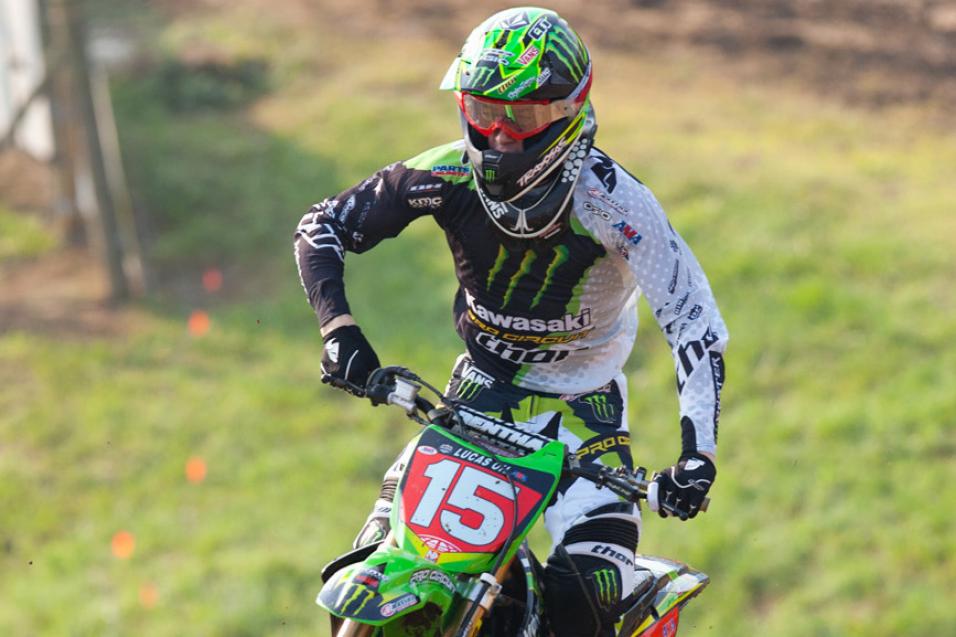 That unforeseen catastrophe we spoke of in the introduction was not going to happen at Steel City, as Wilson lead start to finish in moto one extending his points lead over Rattray and Baggett.

GEICO Hondas Eli Tomac would bounce back from a devastating performance at Southwick to put in an impressive ride at Steel City, taking home second in moto one. Red Bull KTM’s Marvin Musquin finally had the breakout race everyone had been waiting for since his arrival to the states, capping off an impressive ride with his first career 250 podium.

GEICO Honda rookie Justin Bogle is making quite the impression in the 250 class in his first few weeks on the job. Bogle keep Wilson honest early, before eventually fading back to finish sixth overall.

Rattray’s and Baggett’s championship hopes look to be all but over as they finished fourth and fifth respectfully.