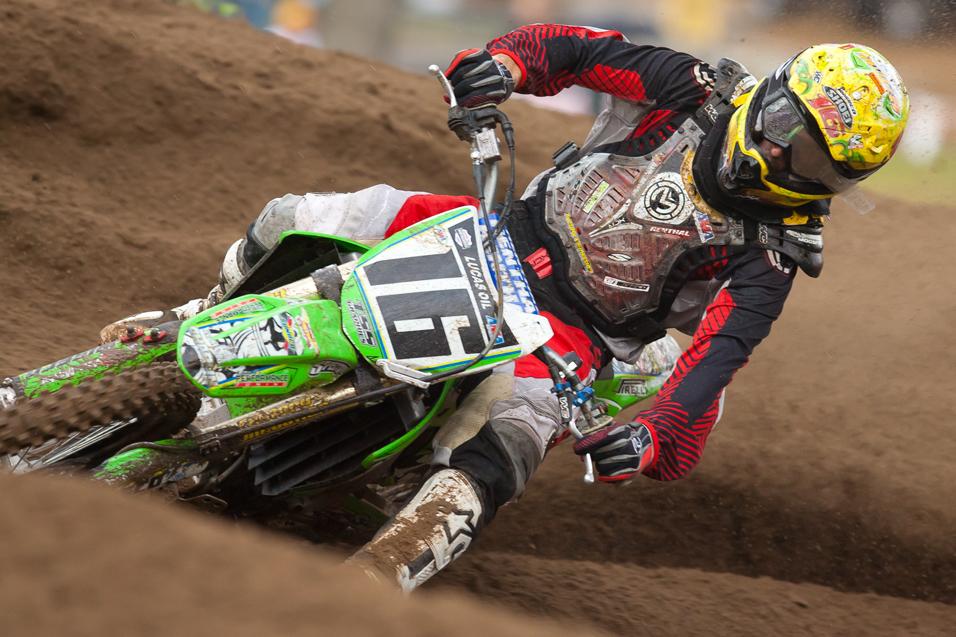 Advertisement | Advertise with Us
The Wick 338 Southwick, MA Moto-X 338 Lucas Oil AMA Pro Motocross Championship
Forty-six year old former factory Yamaha and Kawasaki rider (as well as multiple-time Southwick winner) John Dowd was looking for a good showing this past weekend on a track he knows well. Did you get the forty-six year old part? Okay, good. Anyways, Dowd’s been racing a few nationals this year in order to get the requisite number of points to hold on to his permanent number (#16) and to be honest, it wasn’t looking good.

The Junkyard Dog squeaked into the top-twenty at Millville in one moto and failed to qualify at Unadilla. He needed to come through big on the track he’s always called home. What he needed was the Southwick faithful to step up and help him into the top-ten in both motos. And that’s exactly what Dowdy did. With crappy starts but his infamous determination, Dowd ended the day with impressive 9-8 scores. He also secured the points needed to hang onto #16 another year. Racer X caught up to Dowd as he was getting ready to head out to Hooters (seriously!) to celebrate.

Racer X: Junkyard, great ride today and much better than the last two nationals. Congrats!
John Dowd
: Yeah, you call those rides? At least I rode today as opposed to Unadilla. I thought I rode good there (at Unadilla), I thought I put in a good lap and it was close but not good enough. It’s pretty solid in that class (the 450s) right now. Even today I was something like 29th in qualifying and it’s like cheating for me out there on this track! So anyways, it was a good day. It was nasty but I was trying to stay up and survive. 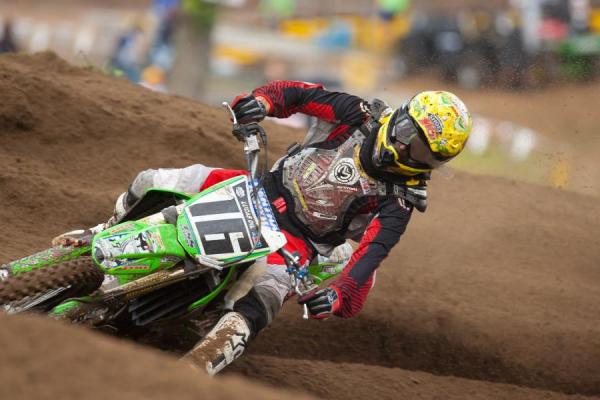 Dowd finished 8th overall at Southwick to hold onto his #16 for another year.
Photo: Andrew Fredrickson

Didn’t look like you got good starts, either.
First moto was horrible, I was way out there and just tried to make it though. The second moto, it wasn’t too bad. I came out okay but all-in-all, I tried to stay safe out there for the first few laps. I knew it was going to get ugly out there--especially the second moto--with guys dropping, crashing, blowing up, whatever.

Looks like you kept your number, which is cool.
Yeah that’s nice because I wasn’t planning on going to Steel City or Pala! So if it didn’t happen, it was going to be the end of an era. It’s over and I’m psyched that I get to keep it. The only bad thing is I have to do this whole thing next year. (Laughs)

You’ve raced here a ton, how bad was it out there in the second moto?
I don’t think I’ve ever raced it worse. It was pretty bad, it was gnarly out there and I felt like I was barely riding. Half of the guys faster than me fell down. It’s nasty peg-dragging ruts everywhere, it’s sloppy and deep out there. It didn’t have the standing water, but sometimes, sloppy deep ruts are worse. 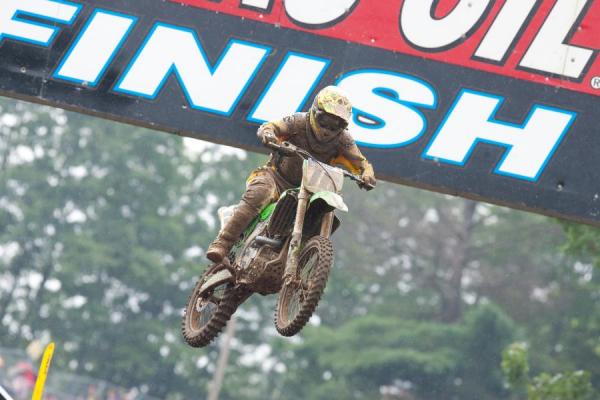 And despite your age, it looked like you were getting better as the motos wore on.
Yeah, you know this place is weird for me. I got tired around the halfway point but I backed it down for a couple of laps and then got better. I lost some ground to, I think, Jimmy Albertson and Justin Brayton there, but then I was able to mount another charge to get them. This place, as I’ve always said, is about finding your groove. I’m in okay shape, not great shape. I’ve been working on things to try and get better but it’s hard at my age. I’ve been watching results and it’s going to be tough, the guys are really going fast. I got work, family and all that stuff.

Most memorable Southwick for you, do you have one that stands out?
It’s hard to say really. Maybe the year that I beat Ricky (Carmichael) here. I won the overall in the 125 class. It was nasty and wet here that day as well. I won the 250 class the year before and that was really cool. I won both motos by 20 seconds or something. That was cool. Even a couple of years ago when I got second was pretty awesome. This place has some great memories for me for sure.