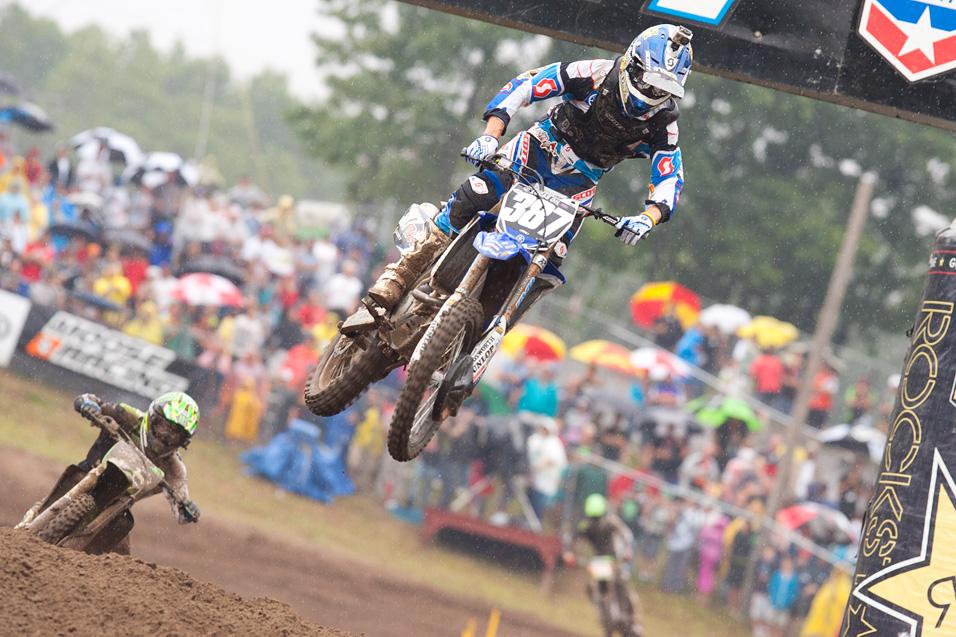 Dean Wilson entered round ten of the Lucas Oil AMA Pro Motocross Championship at Southwick with a firm grasp on the points lead after sweeping both motos at Unadilla. But early on it was teammate Tyla Rattray—who was looking to recover from a back breaking 11th at Unadilla—that grabbed the headlines early as he battled with fellow South African Gareth Swanepoel for the top spot.

Local hero Jimmy DeCotis looked primed to impress the hometown fans as he jumped out of the gate behind Swanepoel. But the GEICO Honda rider would go down hard early—and again later in the race—crushing the hopes of everyone across the Northeast.

Rattray and Swanepoel would battle for South African supremacy early as they opened up a big gap over Wilson and company. Rattray would bully his way around Swanepoel at the midway point and looked in position to take the moto one victory. But late in the race Rattray would stall the engine allowing Swanepoel to get back around and take the moto one win—the first of his career and the first by a non-Pro Circuit rider in 2011.

Rattray would hold on to take second with Wilson rounding out the podium. Swanepoel’s teammate Gannon Audette would take home fourth, marking a career best for the rookie. Broc Tickle, Ryan Sipes, Marvin Musquin, Darryn Durham, Blake Baggett and Alex Martin would round out the top-ten.

-          The Eleven 10Mods team continues to impress as both of their riders—Darryn Durham and Alex Martin—finished inside the top-ten.

-          Privateer Dalton Carlson was by far the surprise of the moto taking home a 17th place finish.