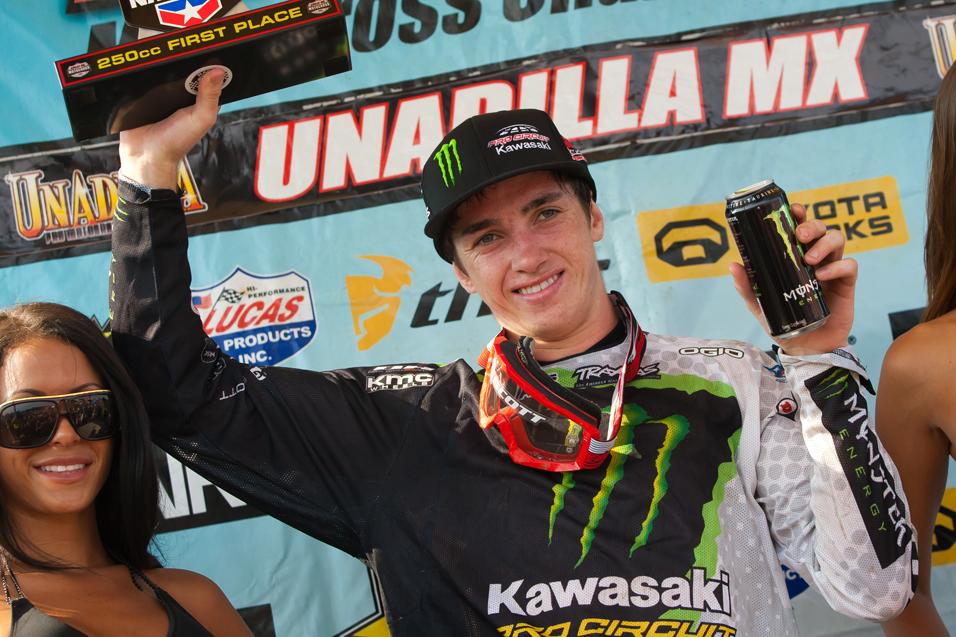 Advertisement | Advertise with Us
Unadilla MX New Berlin, NY Unadilla Motocross Lucas Oil AMA Pro Motocross Championship
Monster Energy Pro Circuit’s Dean Wilson finally broke his winless streak this weekend, in impressive fashion. Wilson had spent the weeks before Unadilla riding at Chad Reed’s place to get better in the sand, feeling Southwick would be his worst track. Who knew the work would pay off for Unadilla? With rivals Tyla Rattray and Blake Baggett having trouble, Wilson increased his points lead in the series to a moto lead with a couple of incredible rides. We caught up with him as he was signing autographs for the kids.

Racer X: Dean Wilson, you were the series points leader without winning a race....
Dean Wilson: I won a lot of motos. Come on, man!

Yes, you did, but today you put that all to rest with some great rides to go 1-1. Looks like that time at Reed’s is paying off.
I think so. We’ve been working hard. I’ve been having fun, and that’s what it’s all about. I’ve said it two million times today already, but I ride best when I have fun, and I have been lately. First practice I didn’t get any good times, but second practice I put in a good time and I was enjoying myself out there, doing some big whips out there, and it ended up being a good day. I believe it was a good time to start winning, so it was good. 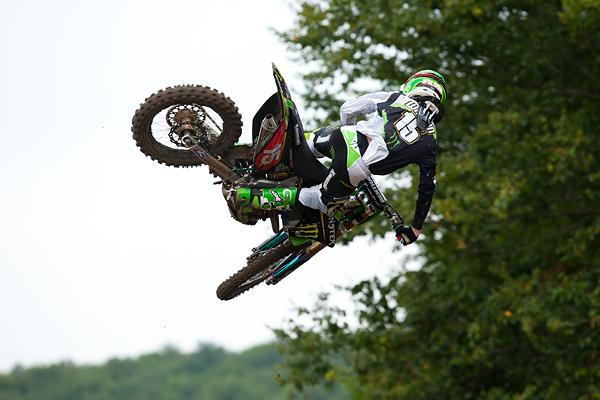 Wilson went 1-1 at Unadilla for his first overall of the season.
Photo: Andrew Fredrickson

When you say having fun, you mean off the track or riding on a cool track and enjoying the day type of thing?
I think just overall, both on and off the track—going to the lake, wakeboarding, tubing, and having fun. Some people forget why we all started riding dirt bikes in the first place, and that was to have fun. Sure, it’s my job now, but at the same time, you have to have fun with it. I do this because I enjoy it.

Two great starts, grabbing the lead early, and making some points on your two teammates—great day.
The starts were really, really huge. I had to fight to get them also, especially that second one. I was fighting for it and banging bars to get out front. I was happy I was able to do that. Both motos were the same thing, really: I was in second and after the first lap grabbed the lead and tried to really push hard to pull away, and it worked.

Eli Tomac rode great in that second moto to keep you honest. I imagine you were marking him, though.
Second moto he was riding really well. He was catching me at one point but I could see him there. I switched up a couple of lines and started pulling back out, but yeah, he rode great.

Do you like this track?
I do now! If you win a race, you’re going to love the track.

What’s the plan for the week off? You going back home?
The week-off plan is to go back to Florida and Chad’s house and I’m going to ride the sand to get ready for Southwick, and that’s about it. 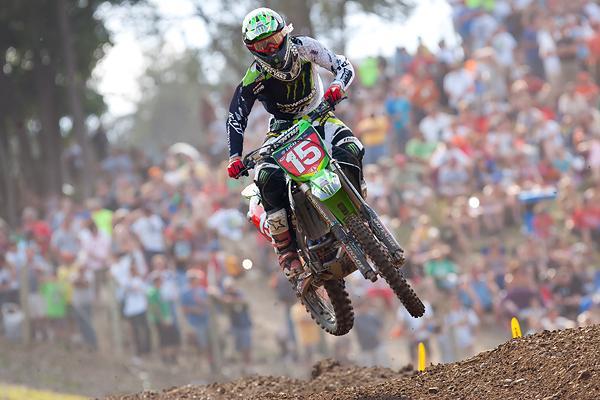 Wilson has been selected to ride for Great Britain at the MXoN.
Photo: Andrew Fredrickson

I know Mitch Payton isn’t a big fan of you guys leaving Southern California, and after Rattray got back from Florida and went 5-5 at the next race, I heard he heard about it. But with you, looked like it worked!
I know! He kind of swallowed some words there. When I went there he wasn’t pumped on it—I actually don’t think anyone was—but I think we can see that it helped me a little bit. We can all see that. It’s all good, though.

Are you jumping that big tabletop in the back at Reed’s?
Yeah, I am. The jumps are so big there, it’s ridiculous. That’s what keeps it fun, because there are jumps everywhere.

On a 250F, you have to be just tapped to do that, right?
Oh yeah, I’m tapped everywhere out there! When we do motos out of the start gate, I always get beat bad because I’m on a 250F. You can ask Chad or Byrner [Michael Byrne]—I get so mad at that. Those guys just blow me away, but it’s good for me to be pushing and try to catch those guys. I went to go hop on a 450 one time but Chad wouldn’t let me! It was funny.

Jeremy Medaglia was here from Canada and he won the national last weekend up there. The Canadian MXDN team hasn’t been picked—was this your chance to show them you want back on the team?
Oh god, not this again....

I’m kidding! But it looks like you’ve been selected to ride for Great Britain once again over there. Congrats!
Yeah, I think so. I haven’t gotten a call from Steve Dixon himself to tell me that, but that’s what it looks like.