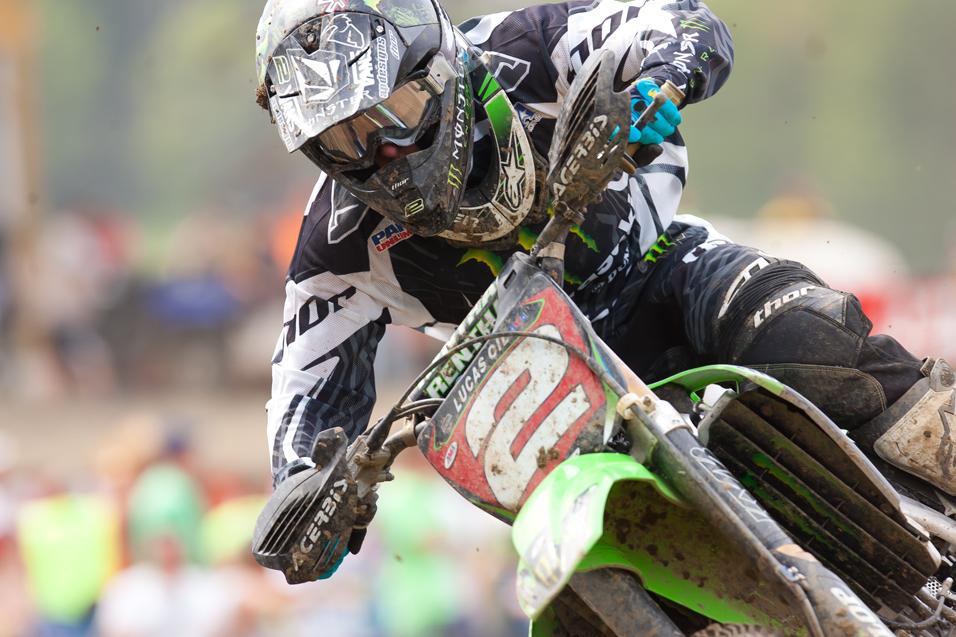 If we only had two words, rather than 450, to sum up what happened at Unadilla on Saturday, this report would simply say “New bike.” Monster Energy Kawasaki's Ryan Villopoto showed up in New York on a 2012, rather than the '11 model that has carried him to the points lead in the 2011 Lucas Oil AMA Pro Motocross Championship. RV was fast on the old platform—he already won the AMA Supercross title—but he had only one race win to show for it. But at ’Dilla, with the new equipment Jeff Emig has been touting for weeks in those Kawasaki commercials, Villopoto looked like a different rider out there. He was smoother, faster, and seemed very in tune with his new ride (and so was his teammate Jake Weimer, for that matter). 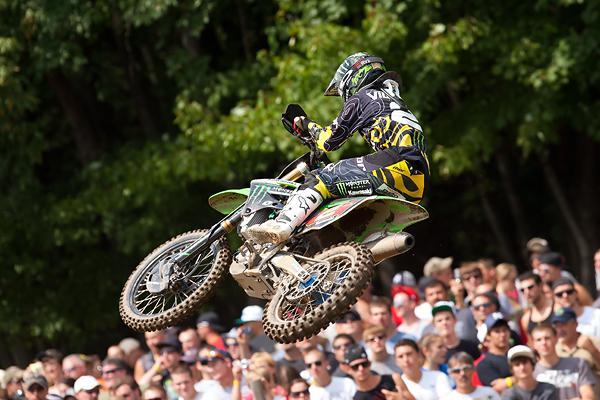 Villopoto dominated the field at Unadilla, going 1-1 for the overall.
Photo: Andrew Fredrickson

This new bike spells trouble for RV's rivals Ryan Dungey and Chad Reed. While the defending champ, Dungey, was also going fast at Unadilla, he was really no match for Villopoto (and he was getting all the roost he could handle from class interloper Justin Barcia). And Reed has not been the same since he landed in Spring Creek, having now missed the podium in five straight motos since winning the opening stanza that fateful day in Minnesota. It's not too late for the veteran Australian to recover what he's lost, but it's looking more and more like this championship will be decided between #1 and #2.

Which leads us to another battle brewing between the two Ryans. Team USA's Roger DeCoster is the enviable position of having two very fast 450 riders for the race in September, and a strong case could be made for either to be the MX1 entrant and thus wear the prestigious #1 plate. RV and his team have made no secret that they feel they deserve it, given his earlier SX championship and the fact that he's now seven points ahead in this title chase. Dungey's team could argue that he's the defending MXoN individual champion over the last two years and a proven team leader. Add it up and it spells trouble in every language for the rest of the world, because one of these two American heroes is going to go to France with something additional to prove. 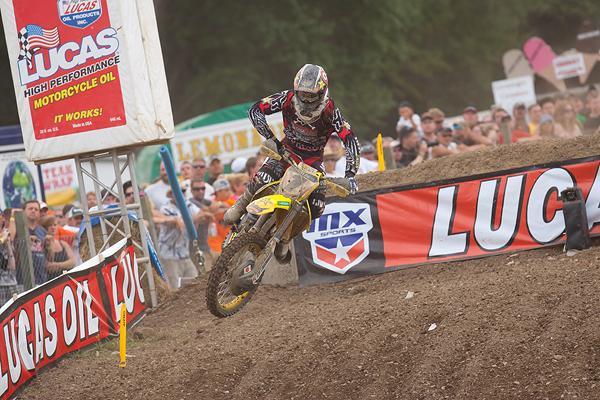 And finally, Justin Barcia. Racer X has received a couple of emails from fans who voiced their displeasure at his joining the 450 class at this late stage and inserting himself into the championship by battling with Dungey (who made no secret of his displeasure with Barcia's aggressiveness) and beating Reed. But didn't Dungey jump up into the AMA Supercross class a few years back while riding 250Fs and end up on the podium? And didn't Reed race the first few AMA Supercross rounds of the tour in 2002 before dropping back down to a 250F? No one wants to see Bam Bam get tangled up with a title contender, but it's his right and his team's right to participate and put forth their best effort in whichever class they choose for outdoors—and for Unadilla, they chose well.