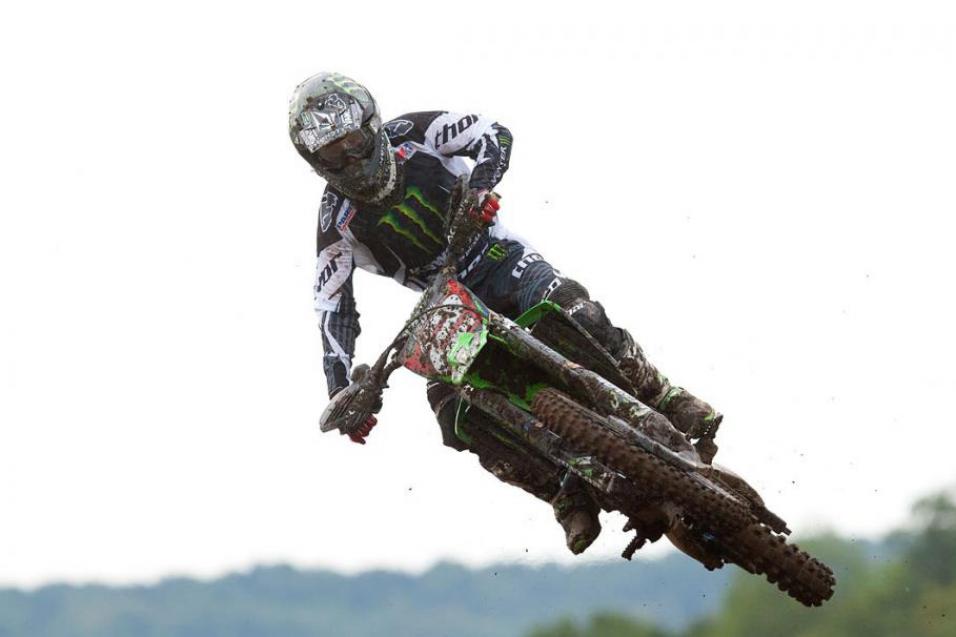 It took all of one straight away for Justin Barcia to make an impact in his first race aboard a 450. The native New Yorker rocketed out of the gate to grab the holeshot in moto one over Christian Craig and Ryan Dungey. Barcia was able to build a lead early in front of his home town fans, but could he make it last?

Points leader Ryan Villopoto was on the rails early as he made aggressive passes on Dungey and Craig to move his way into second behind Barcia. Meanwhile Chad Reed, fresh of his worst performance of the year at Washougal, was buried in eighth.

As the laps ticked away so did Barcia’s lead. Villopoto slowly reeled in the leader and muscled his way around Barcia at the half-way mark for the lead. That would be the last anyone would see of RV as he cruised to the moto one victory.

Late in the race Dungey was able to track down Barcia to gain valuable championship points and salvage a chance for the overall. Barcia would round out the podium in his first race in the 450 class, with Reed taking home fourth. Jake Weimer, Brett Metcalfe, Mike Alessi, Justin Brayton, Christian Craig and Kyle Regal would round out the top-ten.