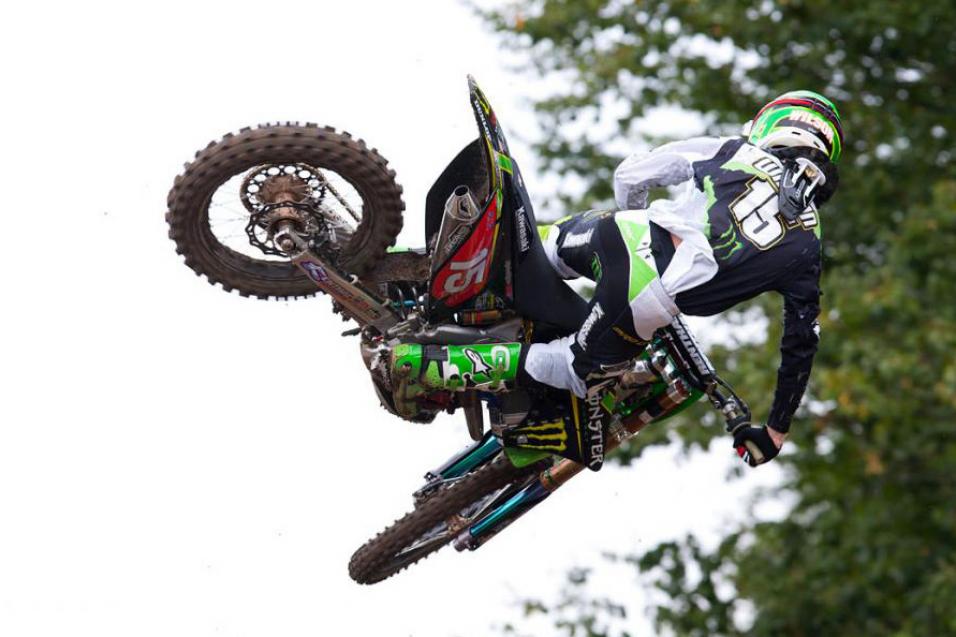 Monster Energy Pro Circuit Kawasaki continues to unleash its wrath upon the 250 class as the PC trio of Dean Wilson, Blake Baggett and Tyla Rattray sweep the podium yet again at round nine of the Lucas Oil AMA Pro Motocross Championship from Unadilla.

Star Racing’s Gareth Swanepoel shocked the crowd at Unadilla as he grabbed the holeshot over points leader Dean Wilson and teammate Blake Baggett. Wilson and Baggett would rub paint early as they tried to track down the South African, but a mistake would hinder Baggett as he crashed while trying to chase down Wilson.

Another surprise came in the form of rookie Justin Bogle. Fresh off the Horizon Award at Loretta Lynn’s Bogle showed little nerves in his first career race as he found himself inside the top-five early. Bogle would battle his way into the top-three before fading towards the end, eventually finishing sixth.

After early crashes Baggett and Rattray would power their way to the front of the pack, but it was too little too late as Wilson had already opened a commanding lead after getting around Swanepoel.

Baggett and Rattray would finish second and third respectfully to complete the Pro Circuit podium sweep, with Swanepoel, and Eli Tomac rounding out the top-five. Bogle was impressive in his pro debut finishing sixth, with Marvin Musquin, Kyle Cunningham, Cole Seely and Alex Martin finishing off the top-ten.