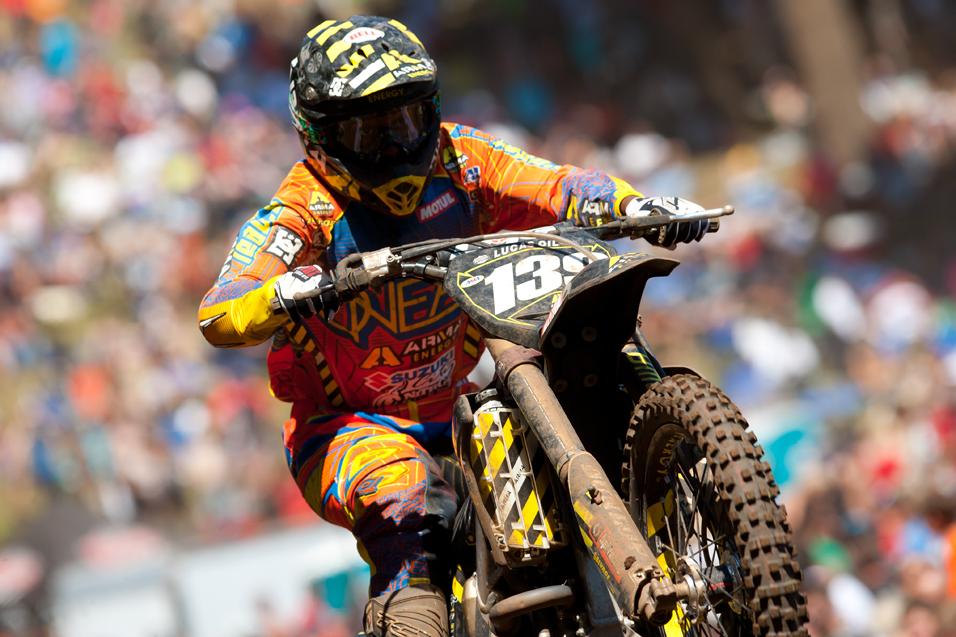 10 Things We Learned at Washougal


10. THE LOCALS GO FAST
Like a few other tracks on the AMA Motocross circuit, local riders tend to really shine at Washougal, evidenced by the impressive ride by Carnation, WA's Tommy Weeck in the 250 Class. Weeck finished sixth aboard his Hillsboro Honda in the first moto, backing it up with another top twenty finish in moto two for eleventh overall. Other locals who have done well here in the past include Jason McCormick, Ryan Huffman, Jimmy Lamastus, Eric Eaton, Larry Ward, Jim Pomeroy, and of course Chuck Sun.

9. VILLOPOTO'S STRUGGLE
While most of the locals seem to do well at Washougal, the exception is Poulsbo native Ryan Villopoto, who has never won here as a professional. In the 250 Class he finished sixth in 2006, with runner-up finishes in both 2007 and '08. Injuries forced him to miss 2009 and '10, and he finished runner-up again in 2011, although he did finally get a moto win.

8. OH, CANADA
Like many privateers, Indiana’s Travis and Shane Sewell didn't find it feasible to drive from the Midwest to the Pacific Northwest. Instead of taking the week off, they decided to take a different route and made a trip to the great white north to compete at round six of the Canadian Motocross Nationals at Ste. Julie in Quebec. Travis enjoyed success at Ste. Julie finishing seventh overall in the 450 Class. The same could not be said for Shane, who crashed out in practice and finished 39th overall.

7. SCRUB = SCRATCH
This is the second consecutive instance where a misjudged scrub resulted in a broken femur for Team Honda's Trey Canard. With him and Josh Grant on the sidelines, and Kevin Windham taking a break, this leaves only one healthy rider in the red rig--WMX rider Ashley Fiolek. Will they pluck a privateer to fill in? They have two weeks to test....

6. STAR BRIGHT
DNA Shred Stix/Star Racing Yamaha had quite the weekend at Washougal. Ryan Sipes lead for a brief period in moto one before eventually dropping anchor and finishing in 15th. (Sipes pulled out of moto two and will undergo further tests this week to determine his issues of unexplainable fatigue.) Kyle Cunningham busted up the PC podium party with a third in moto one. Gareth Swanepoel was there to pick up the pieces in moto two as he battled with Tyla Rattray for second, before eventually finishing in fourth. And the team rookie, Gannon Audette, continues to learn as he had one of his best rides of the year finishing 12th overall. And let's not forgot their lone 450 pilot, Kyle Partridge, who finished a season-best 20th overall. 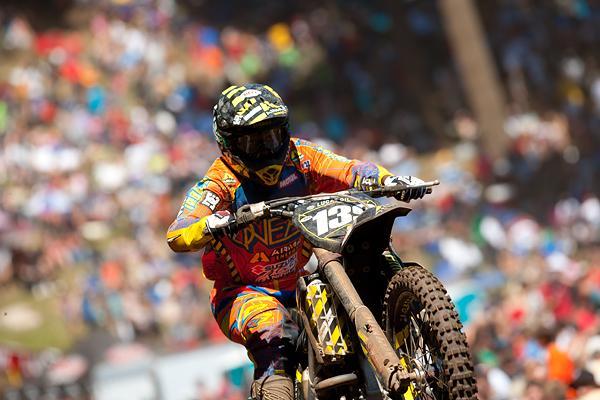 Will Stewart be a podium threat before the year is over?
Photo: Andrew Fredrickson

5. MALCOLM FOUND THE MIDDLE
Finally, after eight rounds, ARMA Energy/Suzuki City's Malcolm Stewart was able to put in two consistent motos, going 8-8 for seventh overall in the 250 Class. He was also the top yellow rider in the class, edging Rockstar Energy Drink Suzuki's Martin Davalos by one position. Malcolm sits eleventh in the series standing, nineteen points out of the top ten.

4. DOWN BUT NOT OUT
With a fourth overall by way of 7-4 moto finishes, Chad Reed turned in one of his worst results of the year in Washougal. Reed described it as a “weird weekend,” and said he felt foggy during his motos. Whether the 2009 MX Champ is physically or mentally (or both) fatigued from his highlight-headlining crash last week in Millville is anyone’s guess, but either option would certainly be understandable. Now out of the lead (by nine points) for the first time this year, the Australia has four rounds left to regain the dominating form he has shown for most of the 2011 season.

3. PODIUM PARTY
After finishing second overall in his 450 class debut last season--which included six podium appearances--Brett Metcalfe had yet to reach the podium steps prior to Washougal. Well the wait is finally over. Metcalfe would hounded Chad Reed for the better part of moto two before Reed finally succumb to the pressure, giving Metty his first podium appearance in 2011 via 4-3 moto scores. 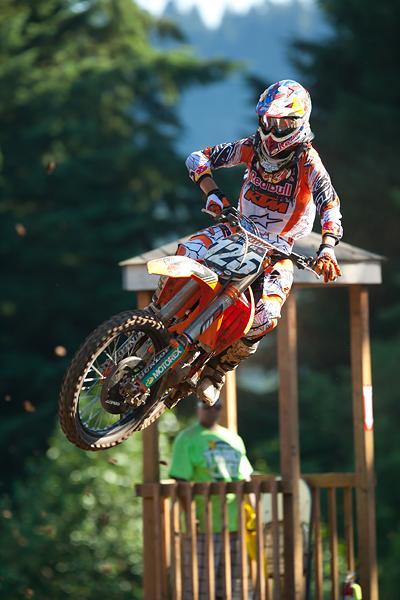 Musquin will look to rebound at Unadilla after a disappointing performance at Washougal.
Photo: Andrew Fredrickson

2. THE RETURN OF MUSQUIN
Red Bull KTM's Marvin Musquin made his long-awaited return to the Lucas Oil Pro Motocross Championship to a resounding....thud. After taking a Mike Tyson-sized upper-cut from Justin Barcia's rear wheel at Freestone (which resulted in a fractured thumb) Musquin returned at Washougal and promptly finished 14th overall. Not exactly the result the former two-time world champion was looking for. With a two week layoff to untangle the cobwebs, Musquin should return to his pre-injury form when the series returns at Unadilla.

1. CHANGING OF THE GUARD
For the first time in 2011 Chad Reed will not hold at least a share of the red plate. That honor is now bestowed upon Ryan Villopoto, who holds a slim one-point lead over defending champion Ryan Dungey, and a nine-point lead over Reed.