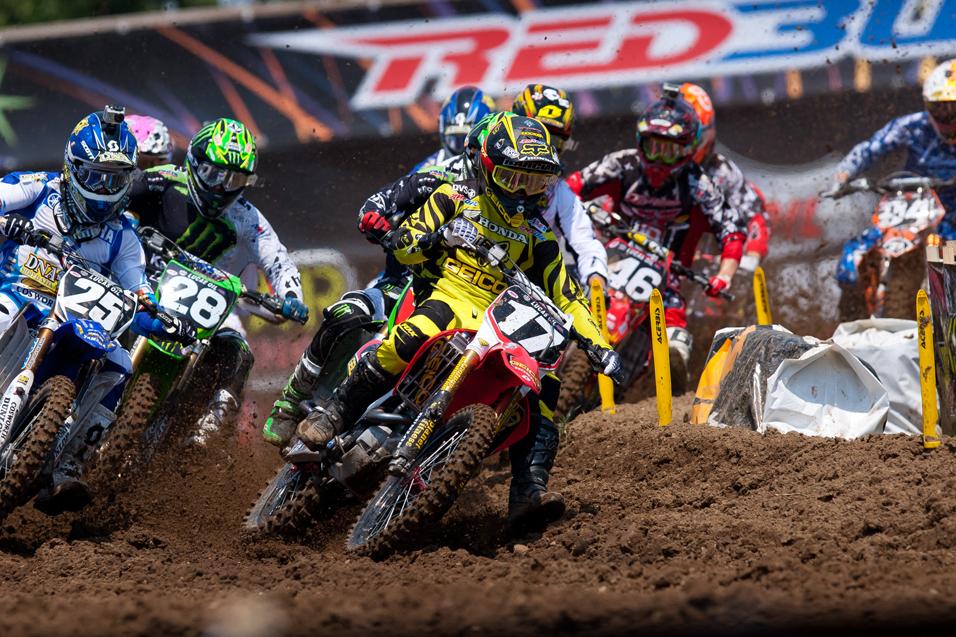 July 15, 2011 3:00pm
by: Jason Weigandt
Spring Creek MX Park Millville, MN Spring Creek Motocross (Millville) Lucas Oil AMA Pro Motocross Championship
Each week, the Lucas Oil AMA Pro Motocross Championship emails out a Statistical Report with great facts and stats on the upcoming round of the series. For this week’s Bench Racing Ammo, we grabbed a few key stats from that package, and then threw in our own additional analysis of each stat.

The Stat: Hometown hero Ryan Dungey has won the last three years at Spring Creek - twice in the 250 Class and last year in his 450 Class debut at the facility.

Racer X Analysis: Yes, RD has this track mastered. You may even recall that he raced his first pro race here, too, going 8-8 in the Lites class for seventh overall in 2006. In 2008, in the Lites class, Villopoto got the better of him in moto one, but Dungey had a better start in moto two and held on to win the overall with a 2-1. He dominated the 450 class last year. But perhaps his most impressive ride came in 2009. He and Christophe Pourcel were battling tooth-and-nail for the 250 title, with neither giving an inch. But at Millville, Dungey was on another level. He won a second-moto battle by holding Pourcel at bay, and then Pourcel crashed trying to catch him. It’s the kind of swing he’d like to have this weekend, too. 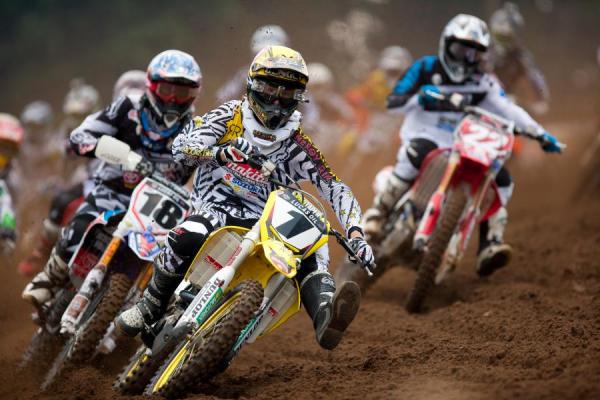 Can Dungey continue his streak at Millville?
Photo: Andrew Fredrickson

The Stat: Defending 250 Class Champion Trey Canard will make his 450 Class debut at Spring Creek, racing for the first time this summer since suffering an injury earlier in the year.

Racer X Analysis: A year after Dungey made his pro debut, Canard did the same at this track in 2007. He crashed and hurt his shoulder in moto one and was expected to not race the second moto. But he pulled up to the gate and grabbed a holeshot! Canard hung on to finish fourth in the moto.

The Stat: Chad Reed's 450 Class win at RedBud was the 10th of his career, putting him into a tie with Kevin Windham for 14th all-time.

Racer X Analysis: Hard to believe Reed is now climbing the career wins-list ladder, as up until 2009, he had never even won a 450 National. Reed broke in as a supercross specialist, but in the time in which he has won those 10 outdoor races (2009-2011), he’s only won three supercross races.

The Stat: With a third-place finish at RedBud, Ryan Villopoto has finished on the podium in seven of his eight career starts.

Racer X Analysis: And really, Villopoto could be a perfect eight-for-eight, because the one career 450 race he didn’t podium came at Hangtown in 2009. He came into the race with a torn ACL and tried to gut the race out for points. He probably shouldn’t have raced at all, and after finishing way back in moto one, he called it a season.

The Stat: Chad Reed and Ryan Villopoto are the only two riders in either class to finish on the overall podium at each round. Each rider is averaging a podium finish this season, at 2.1 and 2.8, respectively.

Racer X Analysis: Uh, what can we say? These guys are on it? Yeah. There you go. 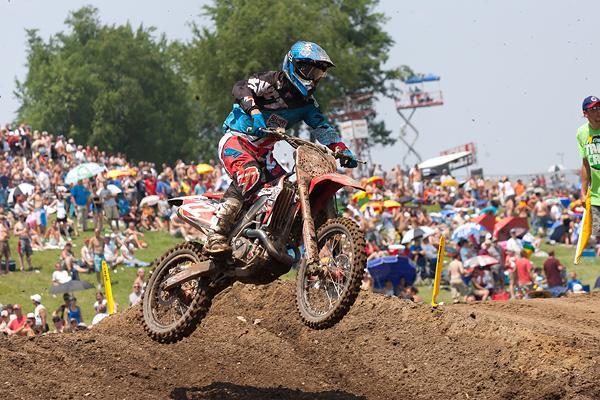 The Stat: Justin Barcia boasts the most holeshots in the series with six. He is the only rider in the 250 Class to have more than one holeshot.

Racer X Analysis: The starts have been there for Barcia all year. In Supercross that led to consistency and a championship. Outdoors it  has been the exact opposite, with six holeshots leading to zero moto wins. Other red riders like Lance Vincent and Wil Hahn have pulled starts, too, so the GEICO Honda’s are fast, The most surprising part? After Eli Tomac took the start in the first moto of the year, we haven’t seen him anywhere near the front in turn one since.

The Stat: With 2010 Spring Creek 250 winner Trey Canard's move into the 450 Class, the track will welcome a first time winner at the facility in the 250 Class.

Racer X Analysis: This was the same case at the last race at RedBud, as no one on the 250 gate that day had ever won RedBud before. Blake Baggett took that one. However, there is a way we could not see a new winner in this class this weekend: GEICO Honda Team Manager Mike LaRocco needs to suit up, throw a leg over, and repeat his 1992 victory here. Otherwise, yeah, it’s gonna’ be a newbie.