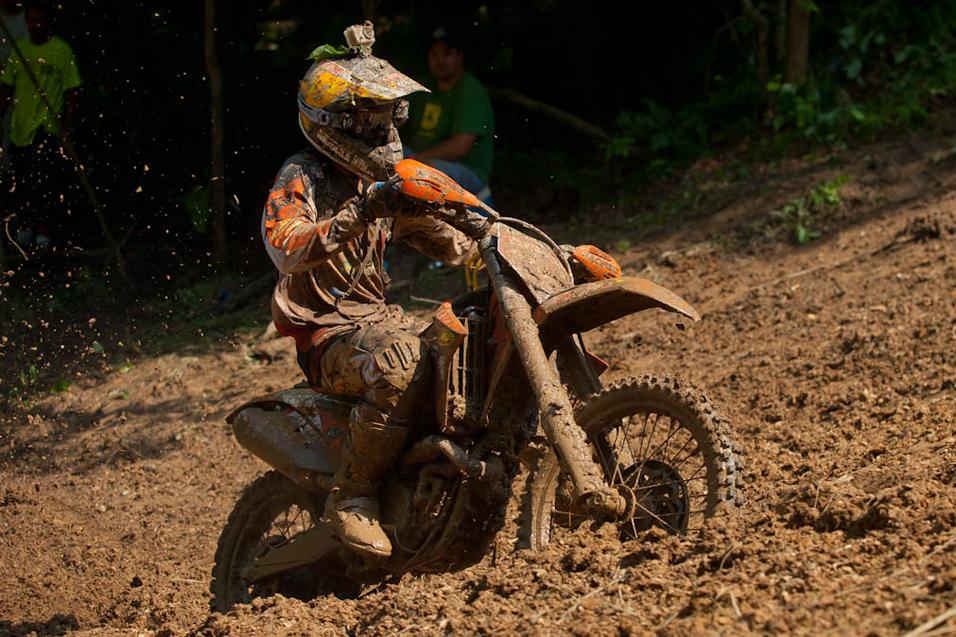 July 12, 2011 9:40am
by: Jen Kenyon
The Can-Am Grand National Cross Country Series hosted an epic battle Sunday between veteran Paul Whibley and pro rookie Kailub Russell. Whibs was looking for his third GNCC overall win of the year and Russell the first of his career. In a three-hour duel, both pushed to the point of exhaustion, and Russell led all the way to the final section when Whibley doubled past him to steal the win. We caught up with Russell yesterday to reflect on a race where he gave it his all but came up just a few feet short.


How are you feeling today?
I feel pretty achy today, not really sore but I kind of tweaked my knee during the race. I didn’t really notice it yesterday but it’s hurting pretty good today. We’re out playing a round of golf right now, relaxing a little.

Three hours is a long time to be out there, let alone in the ridiculous heat. How did that affect your riding strategy?
There at the beginning of the race, I was out front with [Paul] Whibley and I was kind of following him for while. We were kind of taking it easy on the first lap and then I made a pass on him for the lead but I found myself kind of trying to push a little bit too much and I backed it down because I knew I wasn’t going to get away from him. I was trying to conserve as much energy as I could for the last two laps because I knew it was going to be brutal and I found myself a couple times using way too much energy. I just settled into a pace that I knew I could do the whole three hours. 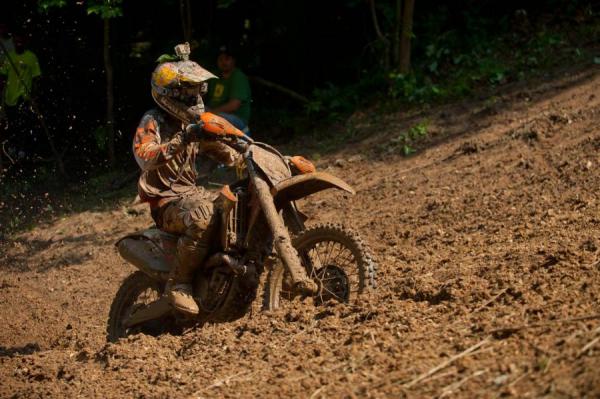 Russell battled Whibley all the way to the finish in search of his first career victory.
Photo: Shan Moore

So you and Whibs switched off the lead throughout the race. You made up time through the moto section, where were your strong points out there?
I think maybe the last two or three miles I was a little bit faster but for the most part we were pretty even the whole time except for on the motocross track, I was a touch faster until the last lap I guess (laughs).

You guys were super close on the last lap, what was your strategy for that lap?
I really wasn’t strategizing at all; I don’t really think I was thinking anything at that point (laughs). The last lap I was right behind him [Whibley] and we got to the John Penton section [single track] and we both got hung up on a hill that had a bunch of lappers stuck on it. There weren’t a whole lot of places for us to go to get around them. I ended up getting up the hill before him and when I got to the top, I started trying to get back into the pace and I just couldn’t do it – my body was shutting down on me right there. He caught back up pretty fast and I let him by and he got away from me, probably putting 10-15 seconds on me there. When we got out of that section, I finally got my second wind - got the air back in my sails (laughs) and I caught back up to him about the last two and a half or three miles. He took an outside line around this hill and I went right up the middle of it through the ruts and stuff and ended up making the pass. Then we were close to the finish and I was just trying to hold him off. I knew he was going to be tough the last couple miles and I knew he was pushing just as hard as I was to get back around me. 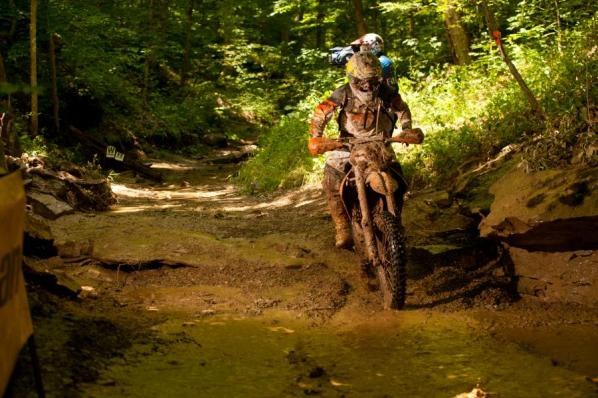 Russell literally dropped to the ground after a grueling three-hour battle with Whibley.
Photo: Shan Moore

He passed you literally feet before the finish. Explain how that went down.
It was a pretty tough pill to swallow, seeing him jump right there beside me. For some reason, I had a feeling he was going to do it. I thought I could close the door on him but he got to the inside and it was over from there. When we got to the moto track I was just hoping to hold on. It was all I could do to hang on through the ruts and bumps out in the woods so when you put that added jumping in, I was already exhausted to where I wasn’t even thinking straight. I’m happy to get on the podium again this week for sure. It is what it is and Paul rode a great race.

When you pulled off the track, you dropped to the ground. Were you overheated? Sick?
Yeah I was just severely fatigued from the heat. Like I said, like halfway through that lap I could feel my body just shutting down on me, it wasn’t producing any more energy - it was all gone.