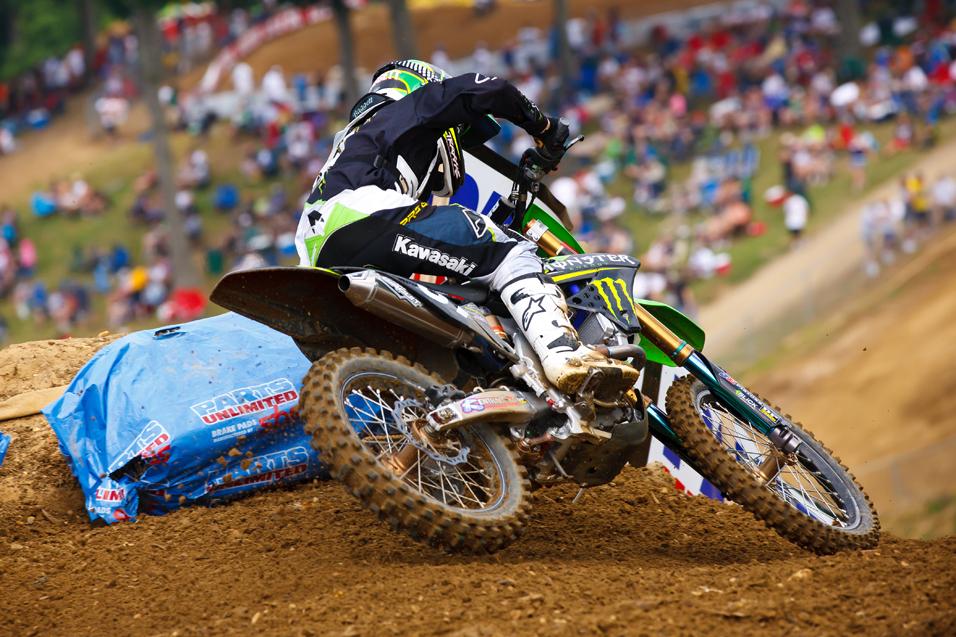 It’s been a long time since AMA Motocross has had to brace itself for out-of-nowhere late race charges to the front. Thanks to the influence of supercross, and more specifically, Jeremy McGrath’s “holeshot and push for eight laps” strategy that revolutionzed the game, no one waits until the second half of races to push the pace anymore.

Used to be different. When Bob Hannah was in his prime, sometimes you wouldn’t even see him in the top ten early in the race. But once the Hurricane winds began to blow, he’d going blowing past the field—especially on the rough tracks. In the early 1990s, Mike LaRocco was known for his terrible starts and incredible fitness. On his way to the 1994 AMA 250 National Championship, LaRocco was the shark in the water. Other riders would be battling for the lead early on, but you had to fear that eventually LaRocco was going to go on the attack and go for the lead. 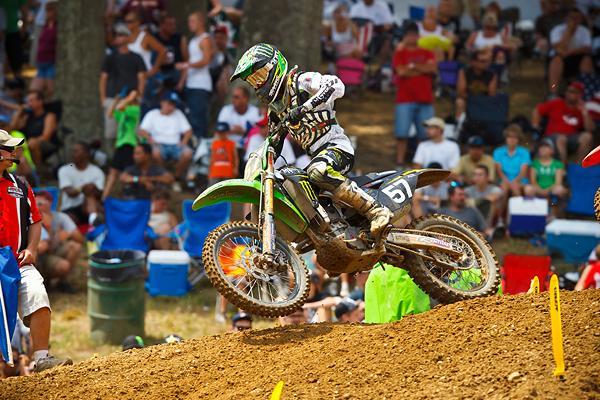 With two stirring come-from-behind weekends to win races at Hangtown and High Point, Blake Baggett was building a similar reputation heading into the weekend’s race at Budds Creek. When the number 57 Monster Energy Pro Circuit Kawasaki bike hovered around tenth at the halfway point of the first moto, fans along the fence line had to start wondering: “Is the kid going to do it again?”

It was about at that point when Baggett began his attack. He moved to ninth, but this time he charged too hard, overjumping an uphill triple, going off the track, and stalling. He lost time and dropped back to tenth, and only made it back to seventh by the end of the moto. 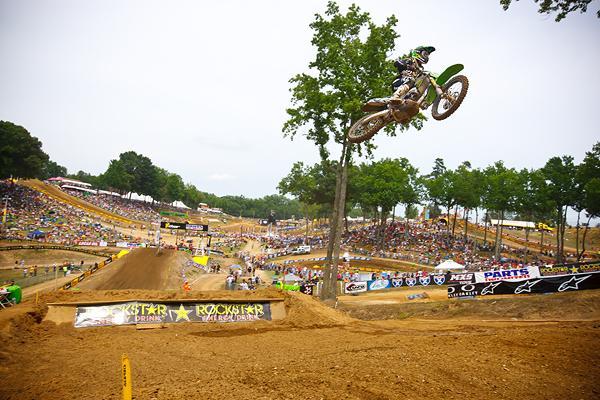 A crash in moto two placed Baggett in last place, but he managed to charge back to seventh.
Photo: Simon Cudby

Baggett was ready to make amends in moto two. This time he got a good start and was sitting in third on the first lap. But after landing one of Budds big table tops, he hit a pile of soft dirt. His KX250F stuck the landing, and Baggett went launching over the bars. He got up in about last, and once again charged his way to seventh, with 7-7 scores landing him in seventh overall.

For Baggett, the speed was still there, but in each moto, he made a mistake at the exact moment he was ready to launch his attack--off the track in one moto over the bars in another. So the question heading to Colorado, again, will be, “Is the kid going to do it again?”