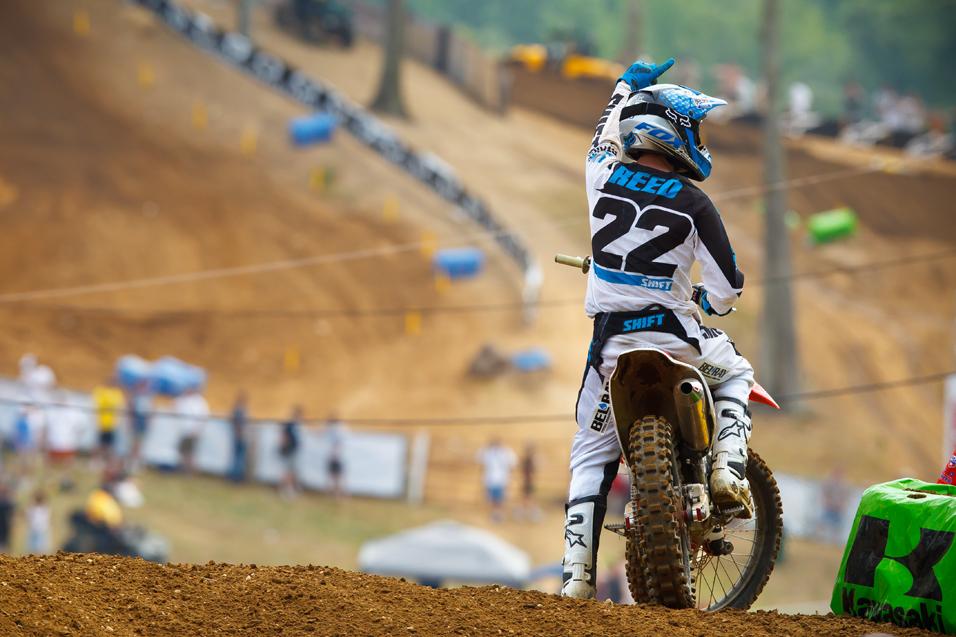 It was fitting that Chad Reed's Father's Day weekend would begin with his little boy Tate perched on his shoulders, high above the Budds Creek podium. Reed was celebrating his third American Motocross win in four rounds to date in the 2011 Lucas Oil AMA Pro Motocross Championship, and this one was special—not only because of Tate's presence in Maryland, but because the race was being beamed back to Australia where his own dad could watch Reed continue to make good on his quest to win this championship. 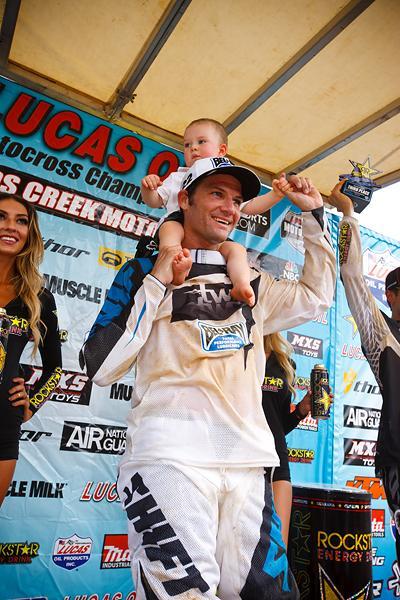 To win at Budds Creek, Reed had to beat not only Ryan Dungey, the defending champion, but Ryan Villopoto, who had not never lost a moto at this track, let alone an overall. In fact, arguably the best ride of RV's life—and one of the best efforts in motocross history—came here at the 2007 Motocross des Nations, where Villopoto destroyed everyone on his old KX250F. And when RV won the opening moto after overcoming a late-race stall that let Dungey get back in striking distance, he seemed set to add a tenth straight moto win at Budds Creek and his second straight national win of the series.

But the start didn't go Ryan's way, as another dad, Kevin Windham, used perfect timing off the gate to take a bow in his last national of summer and briefly lead the way. Eventually Reed and Dungey got past him, as did Villopoto, but that was where RV's momentum ended—issues with his stomach kept him from making a real charge toward the front. 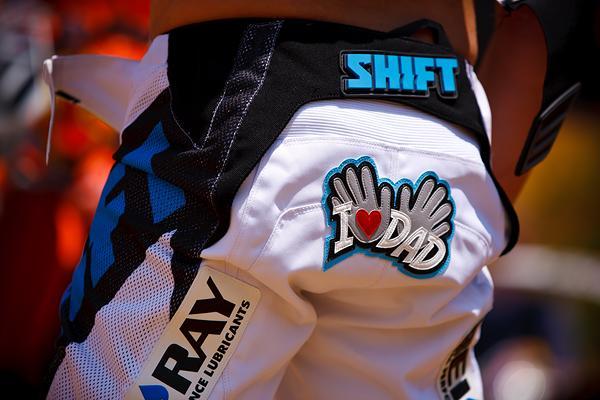 That left Rockstar/Makita Suzuki's Dungey to chase after Reed, but he didn't have the extra little bit he needed to better the world's fastest partial privateer (partial in the sense that the bike Reed is now riding is as factory as it gets—it's just under Reed’s TwoTwo Motorsports/Bel-Ray Honda canopy instead of Team Honda’s). Reed took another win, much to the delight of his growing legion of fans, and probably little man Tate too. He may be too young to know what's going on with his father's racing career, but he probably liked seeing that the big smile on Dad's face.

As for Windham, the other father up front, he went out with his best ride of the series, running 4-4 for fourth overall and beating a whole bunch of younger men along the way. Look for a long Racer X Films interview with the father of four, who headed home after the race to focus on his family for the rest of the summer.