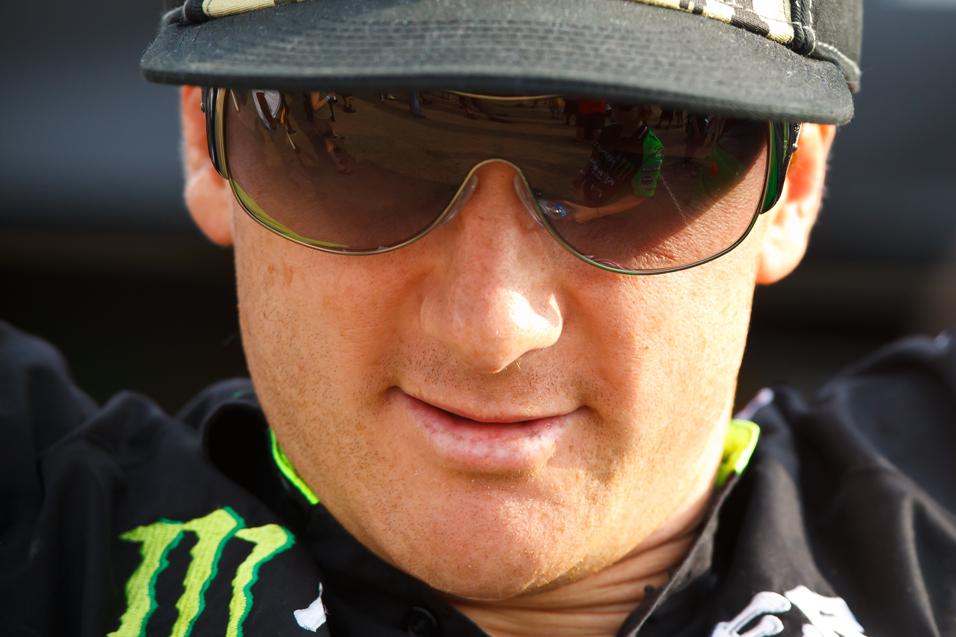 The stranglehold Mitch Payton's Pro Circuit Kawasakis hold on the 250 Class has now reached four races in a row for 2011 (five, if you go back to Dean Wilson's win at the Pala 2010 finale). The red plate for the points lead has switched hands three times so far between two-race winners Blake Baggett and Tyla Rattray, plus Wilson. Even Broc Tickle, the fourth member of the squad's outdoor juggernaut, grabbed his first moto podium of summer with a third in Budds Creek's opening heat—this after being the one Monster Energy/Pro Circuit Kawasaki rider to win an AMA Supercross Lites title. In other words, all four of these guys can flat-out fly. 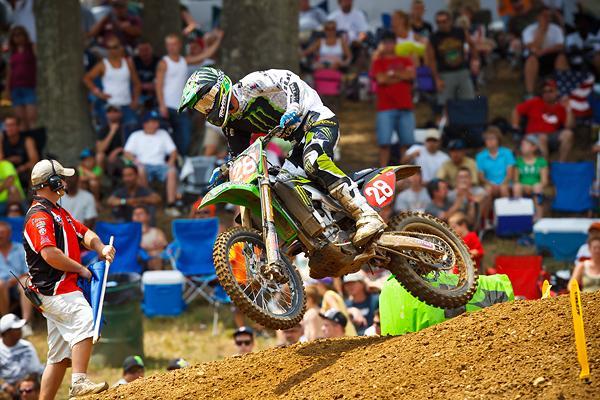 Rattray is the latest in line of PC riders to hold the red plate.
Photo: Simon Cudby

Payton and his crew have a way of combing the far corners of the motocross world and coming up with a fast lineup that always seems to work. Rattray is from South Africa, Wilson from Scotland, Baggett from California, and Tickle from North Carolina. In years past, there have been Frenchmen (Christophe Pourcel, Eric Sorby), Englishmen (James Dobb), New Zealanders (Ben Townley), Canadians (Darcy Lange), Australians (Brett Metcalfe), and even a Mexican (Pedro Gonzalez), plus a whole bunch of very fast American kids.

How do they do it? That's a question the rest of the class has been trying to answer since 1991, when Payton sent four young prospects named McGrath, Lamson, Swink, and Buehl out to win races. Like Duke in basketball, the University of Alabama in football, or the New York Yankees in baseball, Pro Circuit just keeps signing the best talent.

Incidentally, Mitch Payton wasn't even at Budds Creek this weekend to see Rattray beat Wilson for the overall. He was at Mammoth Mountain in California, scanning the track for future prospects.