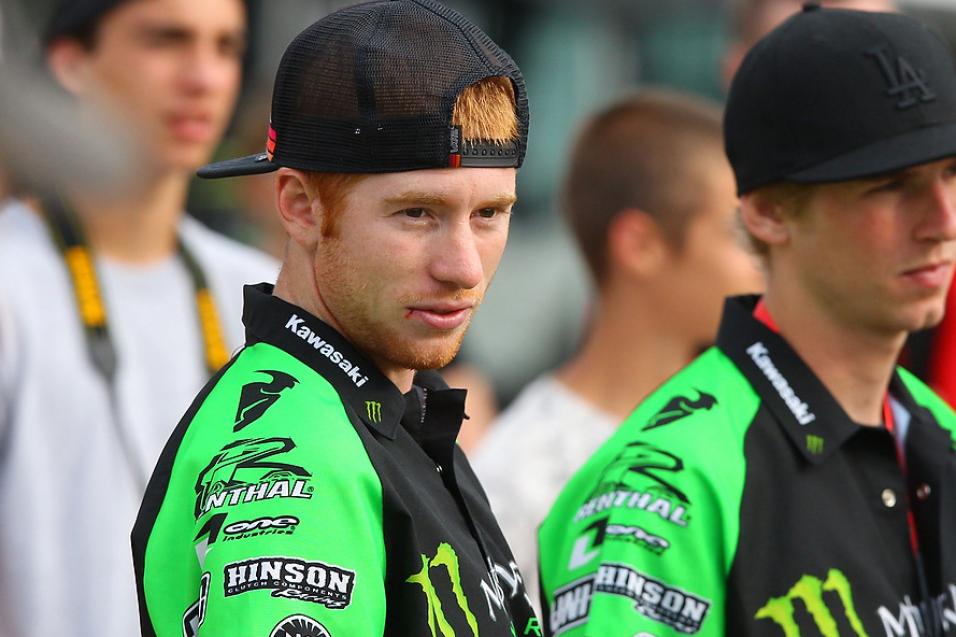 Round four of the Lucas Oil Pro Motocross Championship from Budds Creek, Maryland kicked off under sunny skies and pristine track conditions. It was series point’s leader Chad Reed grabbing the holeshot early, followed by Mike Alessi, Ryan Villopoto, and Ryan Dungey , with Tommy Hahn rounding out the top-five.

Things quickly began to unravel for Reed as he was gobbled up early by Alessi with Villopoto following suit. Villopoto wasn’t done there as he made a hard charge and passed long time rival Mike Alessi to take over the lead. Behind the leaders Reed was having more troubles, this time in the form of Ryan Dungey.

Dungey would fight his way around Reed for third, setting his sights on Alessi for second. It wouldn’t take long for Alessi to succumb to Dungey’s pressure, who quickly tracked down the KTM rider for second.

Villopoto would go on a tear after passing Alessi for the lead, opening up a nine second lead over Dungey early on. Villopoto looked to have the race in his grasps as he opened up a surmountable lead over Dungey. But late in the race Villopoto would stall his bike allowing Dungey to close in. Dungey would get within two seconds of Villopoto with two laps left, but RV turned it up late and was able to hang on for the moto one win. Villopoto has now won every moto he has entered at Budds Creek dating back to his 2006 victory in the 250 class.

It was a tough day for MotoConcepts Tommy Hahn.  Hahn began the day in the top-five and was pressuring Mike Alessi for fourth mid-way through the race, before going down in a corner, ending his day. Hahn reportedly has cracked ribs and is a question mark for moto two.

Dungey took second behind Villopoto, with Reed rebounding from a slow start to take third. Kevin Windham would take fourth in what may be his last race of the season with Mike Alessi rounding out the top-five.

Josh Grant made his return to racing for the first time since Januray and finished eighth. A great start to the season for Grant. Veteran Mike Brown was also on hand and finished twelfth, no surprise there as Brown continues to show the young guns that he still has a lot left in the tank.